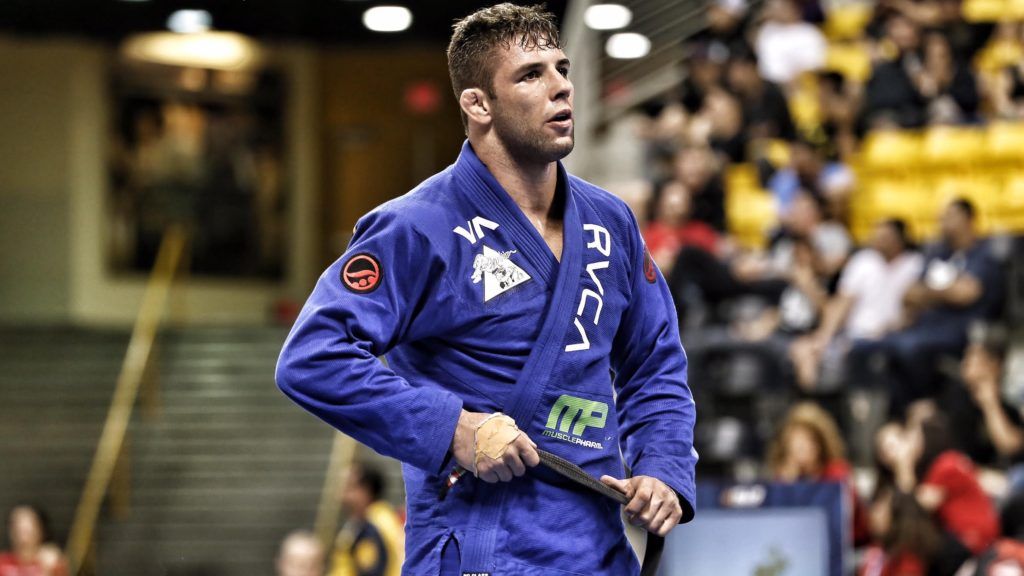 Buchecha was looking to capture his fourth absolute gold medal — and eighth overall title — at that year’s Worlds and then make his transition to mixed martial arts. The grappler also had an ADCC title under his belt at the time, and would instantly become one of the hottest blue-chip prospects ever in MMA.

The Checkmat talent was changing his style on the mat, working more on guillotine chokes and wrestling techniques to prepare for an eventual move to cages. However, a quarterfinal match changed his plans forever when he tore his left knee PCL, LCL, and MCL against Ricardo Evangelista.

“If I had won that year I would have four absolute titles, eight world titles, and wasn’t that motivated to fight jiu-jitsu anymore,” Almeida told MMA Fighting. “I remember there was an ADCC that year, I was focusing more on no-gi tournaments and planned on migrating to MMA, but my plans changed completely with that injury.”

Buchecha blew his knee defending a sweep attempt by Evangelista, and blew his career plans in the process.

“I was lost, I didn’t know what to do. My plans went down the drain,” he said. “That kind of made me reborn for the sport, it gave me strength. It’s not that I wanted to compete (in jiu-jitsu) again, but my plan was to compete again at the Worlds and leave the gymnasium on foot instead of on a stretcher, in an ambulance.”

Almeida had knee surgery weeks later, and doctors expected him to be able to compete again in 12 months after a long physical therapy process. The 2016 Worlds was 10 months away, though, so Buchecha decided to hurry things up.

It was all worth it.

“The injury wasn’t something I wanted in my life, but it was the best thing that ever happened in my career,” said Almeida, who won his second ADCC gold in 2017. “I won seven world titles after that injury… I ended up winning more titles after the injury than before. I did something I never thought would be possible, to break all records. This injury really helped me because otherwise I wouldn’t have all this motivation to keep fighting for so long.”

The jiu-jitsu legend kept discussing a possible move to MMA all those years while learning new techniques at AKA with former champions Daniel Cormier, Cain Velasquez and Luke Rockhold. At age 30, the clock is ticking.

“If I have to try something new, this is the time,” Almeida said. “This is something I still think about a lot. As a fighter, I want to test myself and get out of my comfort zone. A real fighter has to fight with the gi, no-gi, and test himself in MMA as well. I’ve always defended that (idea) and I can’t go against my own thought. This is something I wanna do. I don’t know when, but it will be natural. No rush, no dates. I still think about that a lot.”

With the sports world on pause during a global health crisis due to the coronavirus pandemic, Buchecha feels “there’s no better time than this to learn something new.”

“I had fun learning. I enjoyed it a lot,” he said of his first experience training MMA at AKA. “I still know nothing, of course, so everything is a learning experience. When they came hard at me I could feel what it was for real. It was cool. I’m slowly coming back now.”

Rodolfo Vieira, Antonio Carlos Junior and Kron Gracie, who shared the mats with Buchecha back in the day, are full-time UFC fighters now. Almeida watches them compete in the eight-sided cage and gets inspired by it, but it’s “too soon” to set a goal in a sport he hasn’t officially competed in yet.

“I wanna test myself, and it all depends on how it goes, if I like it or not,” he said. “It’s too soon to talk about goals. But it’s like in my jiu-jitsu career: when I was a blue belt, my goal was to become a blue belt world champion. And then as a purple belt. I want to learn and then test myself. I can make bigger plans after that.”