5 things to get excited about at Osaka Grand Slam 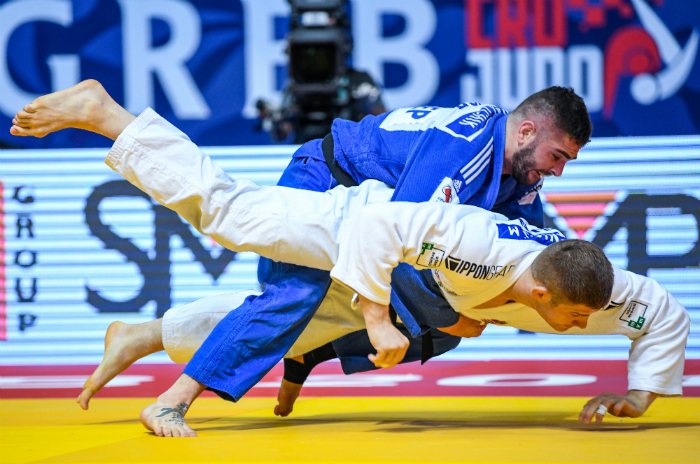 The final Grand Slam of the season sees a return to the sport’s homeland and Osaka. Here’s five things to look out for from #JudoOsaka
1. Abe Uta, Sone and Maruyama on the verge of Tokyo 2020 selection

ONO Shohei was in the same position but the Tenri star pulled out last week with an index finger injury and a decision on the -73kg category will be made next year after the Grand Slams in France and Germany.

The AJJF High Performance Committee will meet after the Grand Slam and if one of their reigning world champions claims gold in Osaka then they will need to secure two-thirds of the vote to be selected for the Games.

ABE and SONE, both 19, are closing in on selection for their first Olympics and Tokyo’s first since 1964. MARUYAMA, 26, made a low-key debut on the IJF tour in 2013 when he finished seventh at the Tokyo Grand Slam but has matured into a world beater on the circuit and is poised to make his Olympic bow in 2020.

SONE has never won a Grand Slam in her five attempts and will be tipped to put that right on Sunday in the most important day of her career so far.

2. Saeid Mollaei returns to action on the IJF tour

Former world champion Saeid MOLLAEI returns to the IJF World Judo Tour for the first time since the World Championships in Tokyo.

The world number three has been granted refugee status in Germany and will compete under the IJF flag in Osaka as part of the IJF’s Refugee Team.

MOLLAEI has attended numerous training camps since the Worlds and has been in action at club events in Europe.

The 27-year-old can now finally focus on his own competition. An enormous weight has been lifted off his shoulders and he now has the opportunity he craves and rightfully deserves, to show the world his incredible talent and devotion to judo.

Two-time world champion ABE Hifumi and new world champion MARUYAMA Joshiro are locked in one of the most gripping domestic battles for Olympic selection in the sport’s history.

They are two incredible talents with amazing skillsets but only one can go to Tokyo 2020.

If MARUYAMA wins then he’ll have locked down his spot with a lot of judo still to go before the next Olympiad. The Tenri man is in unchartered territory but is a clear favourite to deliver on day one.

ABE, 22, who has long been a poster boy for Tokyo 2020 and gold medal favourite since his 2014 Youth Olympic Games win, now finds him in the usual position of being the underdog and having to beat a teammate and win gold just to keep his Olympic dream alive.

The -66kg superstars have met three times on the IJF circuit and those results tell the story of the struggles of ABE and the rise of MARUYAMA.

Former world silver medallist TSUNODA Natsumi has found her route to the Olympics blocked by Abe Uta in the -52kg category. TSUNODA, who lost the 2017 final to SHISHIME Ai, could only manage to earn a bronze medal at the Brasilia Grand Slam in October and has since moved down a weight category to -48kg.

The reigning World Judo Masters champion and two-time Grand Prix winner was overlooked for Worlds selection in August and took the bold action of moving down and dropping four kilograms.

The 27-year-old won the Kodokan Cup two weeks ago at -48kg, with her tomoe-nage proving unstoppable, to add to her All Japan Business Championships title which also came in judo’s lightest weight category.

TSUNODA, who has former -48kg world champions TONAKI Funa and Kondo Ami in her sights, would have win in Osaka and win well to have even a remote chance of being picked ahead of the aforementioned duo for Tokyo 2020.

Junior World Championships gold medallist KOGA Wakana is Japan’s fourth and final pick for Osaka in the -48kg category which will be contested on Friday.

5. French heavyweight starlet Dicko is back after 17-month absence on IJF circuit

The 2018 European champion, who is a physics and chemistry student at Paris’ Sorbonne University, has fully recovered from shoulder surgery and has been ready to return to the circuit for a number of months.

World number 43 DICKO has been held back until the time is right for her to make her comeback and has plenty of time to get back to her top form and to qualify for Tokyo 2020.

The one-time Grand Prix winner will be competing in Japan for the first time and France’s latest heavyweight project will be given a lot of support and encouragement from the French delegation in Osaka on Sunday.