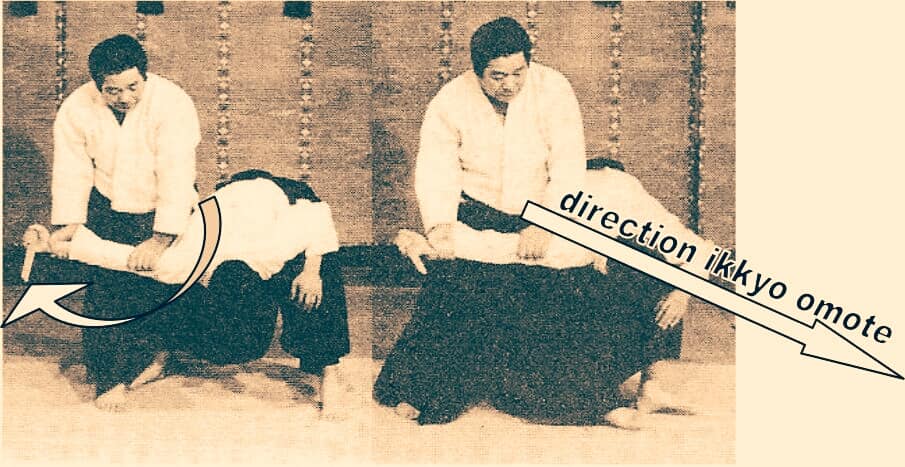 The majority of aikido techniques have what are known as omote and ura movements.

Although there are differences according to the technique, the basic principle, for example, in countering a direct frontal attack is either to enter straight into the space occupied by the opponent, or to turn around and enter the blind spot behind the opponent to execute a technique.

The former is an omote and the latter an ura movement.