Aleksandr Pichkunov: We contributed to the increasing of world Kyokushin’s level 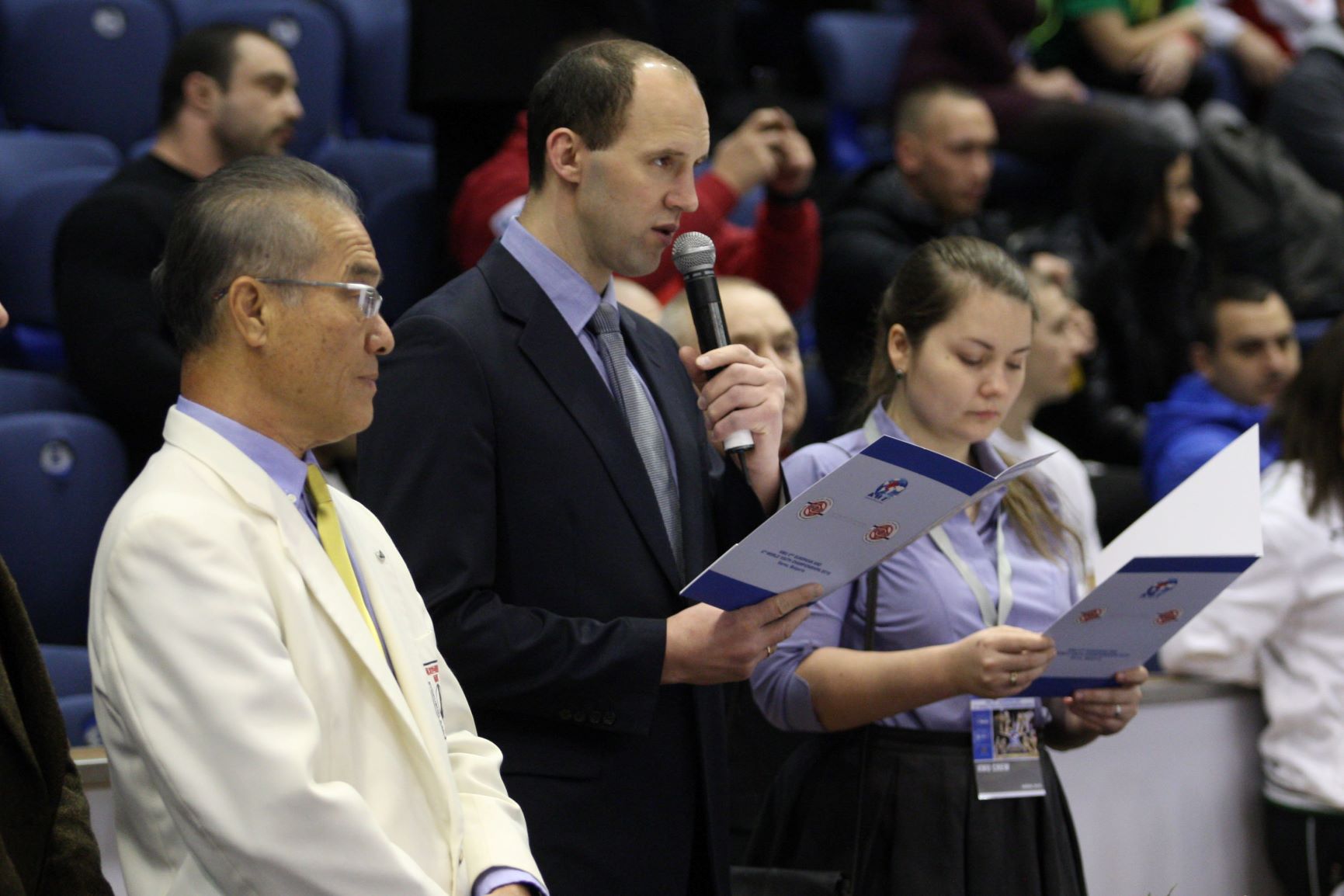 The Secretary general of the biggest Kyokushin organization in the world (KWU) – Aleksandr Pichkunov, gave an exclusive interview for Boec.BG during the 2nd KWU  Kyokushin European championship for men, women and seniors and the 6th KWU Kyokushin Youth World championship in weight categories, that took place last December in Varna, Bulgaria.

– The 6th KWU Kyokushin Youth World championship is in the books now, what did you make of it?

– Yes, it is over, but the 2nd KWU  Kyokushin European championship for men, women and seniors is still running. In my opinion, the Bulgarian karate Kyokushin federation did a great job with the organization.

– How do you feel in Varna, Bulgaria?

– I fell really good, thanks!

-You have a history as a karate and kickboxing competitor. Which is the tougher position – being outside or inside?

– When you are competing, you have only one thing in mind – win. Everything else comes after that. What I’m trying to say is that it’s always harder to organize all these people, to take care of the fighters, the judges and the coaches. Of course, when you work with people who think like you, like the Bulgarian Karate Kyokushin Federation, everything is way easier. I think we did a really good job and we contributed to the increasing of world Kyokushin’s level.

– What are the golden rules that you learned during your fighting days and what advice can you give to the young guys?

– In recent years a lot of new styles and martial arts came up to the scene, like MMA. The one advice I can give is this – there must be a basis in the old and established styles. It doesn’t matter if it’s karate, boxing or wrestling – that’s the base. Take me for example – I was good at kickboxing because of the karate.

– Russia won 1st team place at the Youth World championship. As a russian, are you happy with the results and do you think the other countries will catch up soon?

– It is true that Russia is one of the most powerful countries in Kyokushin, but I can’t say why we have so much success. Maybe it’s our character. It doesn’t matter the discipline, for the Russians it’s very important to be number 1. The key is preparation and patriotism. When I was competing, it was really important for me not to let down my coach, who worked so hard all these years so we can be there.

-A couple of days ago, during the official pressconference, all of the organizations that were there with you, stressed the importance of the slogan “Time to be united”. Are you enforcing this motto successfully and what are your plans for the future?

– In 2019 we got several high caliber events. We are expecting not only the members of the World Kyokushin Union (KWU) to be there, but people from other organizations as well. There is no doubt in my mind that this will bring the competitions to a whole new level. We’ll be conducting a Youth World championship, World championship for men and women, we have a big camp here in Kamchia, one of the most important events for our organization.