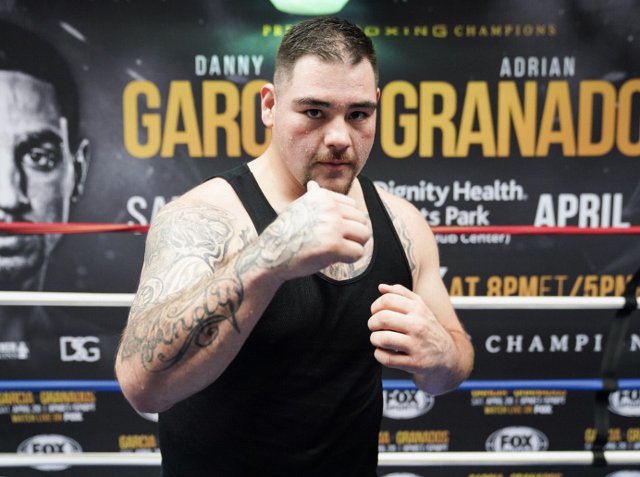 He spoke for “DAZN” hours before the bout. He answered whether or not he’s sensitive about being called fat:

“Yeah, at one point I was a little sensitive about it, when I was young. I was always this big kid, since I was a little kid. My first amateur fight, I was seven years old. There was no kids at my weight at that age, so I always had to fight older guys and men, because I was always a bigger guy than everybody else.

“It took a little bit to get used to it, but it kinda gave me the extra motivation to keep pursuing my dream. It would put me down at times, but I would just block out the negative to the side and just pursue me.”

SOMEONE MUST PAY!@AnthonyFJoshua is poised and calculated in New York, and will set out to punish Andy Ruiz Jr…

“I just got done fighting Dimitrenko on April 20, so it wasn’t too far. I was already in shape. After we were done with that camp we pursued another camp, so I think it all came in place.”

Then he spoke about the difference in height:

“The movement, the speed, the pressure — all that’s going to come together. He’s never fought somebody that pressures him. I don’t know how he fights going backwards, but our job is just to stick to the game plan.”

“He’s tall. He’s a good fighter. I don’t have nothing bad to say about him. But with the speed that I have and the movement that I have, whatever he tries to do, it’s going to make it difficult for him.”