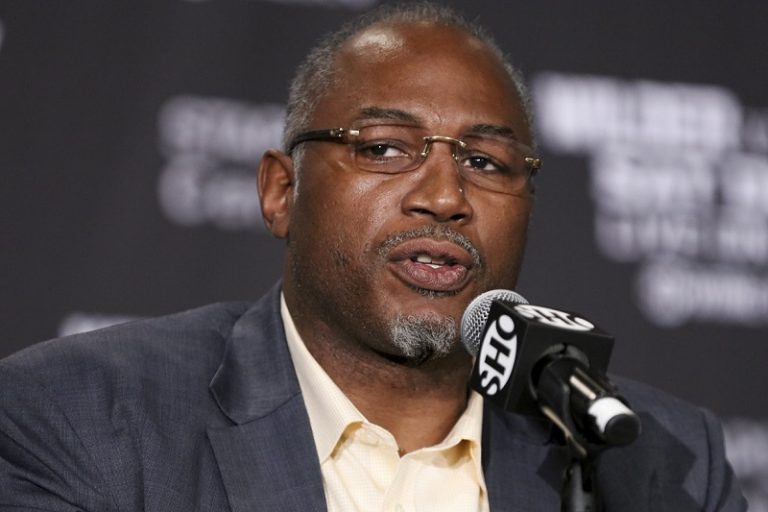 Former unified world heavyweight champion Anthony Joshua (22-1) has always been a class act outside the ring, but it seems even the 29-year-old can get irritated by talks.

Joshua’s critics have always been vocal in their disrespect to the former champ, but this time the Brit had something to say to one of most prolific boxers to ever do it – the last undisputed heavyweight king Lennox Lewis.

Lennox has criticized Joshua many times in the past, but he was over the top active after “AJ” was dropped in the 7th round by Andy Ruiz in his previous bout. Lewis was quick to bash on Joshua preparations for the fight and he said that Rob McCracken should be replaced from.

Joshua, who took part in a Sky Sports special that will be aired tonight, said that Lewis is “a clown” and “they are made from a different cloth”.

“Lennox is a clown. I don’t respect Lennox,” Joshua said on AJ: The Untold Truth.

It was suggested that Lewis left an impressive legacy but Joshua replied: “So? So am I.

“Me and Lennox are not the same. My legacy is to sit back and enjoy the younger generation coming up, and not to be involved. Just to appreciate what it takes to get there.

“Lennox isn’t like that. Me and Lennox are cut from a different cloth.”

Lewis was once in the same position that Joshua is – during the ’90s he suffered two shocking losses to Oliver McCall and Hasim Rahman, but “The Lion” managed to avenge himself in the rematch with both McCall and Rahman.

Meanwhile, Joshua took a swing at Tyson Fury who will be fighting the unknown Otto Wallin in September.

“I’m not focusing on that anymore,” Joshua said on his ambitions to be the next undisputed heavyweight champion.

“I’d had 22 fights and was talking about being undisputed. What am I going to do after? Go and fight Otto Wallin? It was like I was coming to the end of my road already, worrying about undisputed.