Anthony Joshua: I had to give up all the distractions that I had in my life 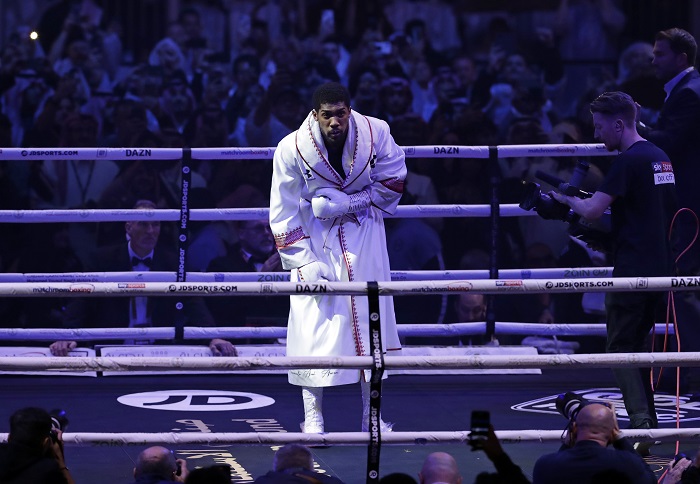 Anthony Joshua says the youth of today still get the best opportunities if they can purchase the best equipment or afford to attend the clubs on offer.

The current heavyweight champion was speaking to Apple on a recent Songs for Life taping. There, AJ discussed all aspects of his beginnings.

Asked whether the was instantly seen as a superstar or just “one of the top guys”, Joshua outlined how social differences also play a part in any chances of success.

On his own drive to be the best he could be in a sport he entered late due to an interest in playing football, the 30-year-old added: “The problem with soccer or football was where it’s a team game.”

“So I was 15, a couple of my friends are older than me started smoking and going out. Obviously they left school now so now they got an ID. They’re going clubbing. They’re telling me, “Yo, it’s lit. Trust me. This is where you need to be.”

“And where if it was a team game, I could go out on a Friday night. And when I’m playing Saturday, “Ah, my hamstring.” Sub, but you’re just really tired from the last night’s party antics.”

“But with boxing, it’s individual so there was no hiding. And that’s when I had to give up all the distractions that I had in my life.”

“So football was really important to me but it gave me too much window to slack. And I had substitutes. I had people I can call upon.”

“With boxing, you don’t have that luxury. And that’s where it gave me that pinpoint focus that if I’m going to do this, I have to give everything I got,” the champion added.