Anthony Joshua: I have to fight Tyson Fury! 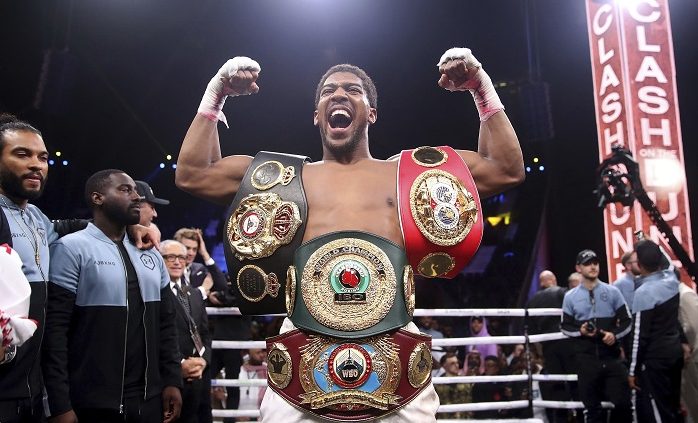 Anthony Joshua claimed that Tyson Fury can’t be the division’s No 1 until they meet in the ring. Every world heavyweight championship belt resides in Britain right now, and the pair has a chance to make a dream bout come true.

“If you really want to say you’re No 1, come fight me. Let’s get it on. I’ve got the rest of the belts so it only makes sense”, Joshua has told Sky Sports.

“I’m the unified heavyweight champion of the world, he’s the WBC champion. What it will prove, me and him fighting? There will be one dominant figure in the heavyweight division that will have all of the belts and become undisputed.”

“Logically to prove yourself as No 1, I have to fight Tyson Fury. He has to fight Anthony Joshua.”

Fury is contractually obliged to face Wilder for a trilogy fight, while Joshua is due to defend his titles against mandatory challenger Kubrat Pulev.

Joshua said: “It would be amazing to tell Pulev “I think it’s best if you step aside for now” and to tell Wilder “we have bigger fish to fry”. Enjoy your Alabama chicken while we get cracking in the UK!”

“That fight needs to happen because there will never be another time like this again.” Wilder refuted any suggestions that he forego his right to another chance at Fury.

Joshua and Fury’s dream fight for every major belt would, therefore, have to wait until next year.

“Now I’ve taken time to really look at myself, moving forwards into the next chapter of my career. From a mental and physical standpoint that should put me in good stead because I’m well-rested. My mind is settled, my body is settled.”

“When the fire gets going again, it will be a roaring blaze.”