Antonio Plazibat is 2021 Most improved fighter 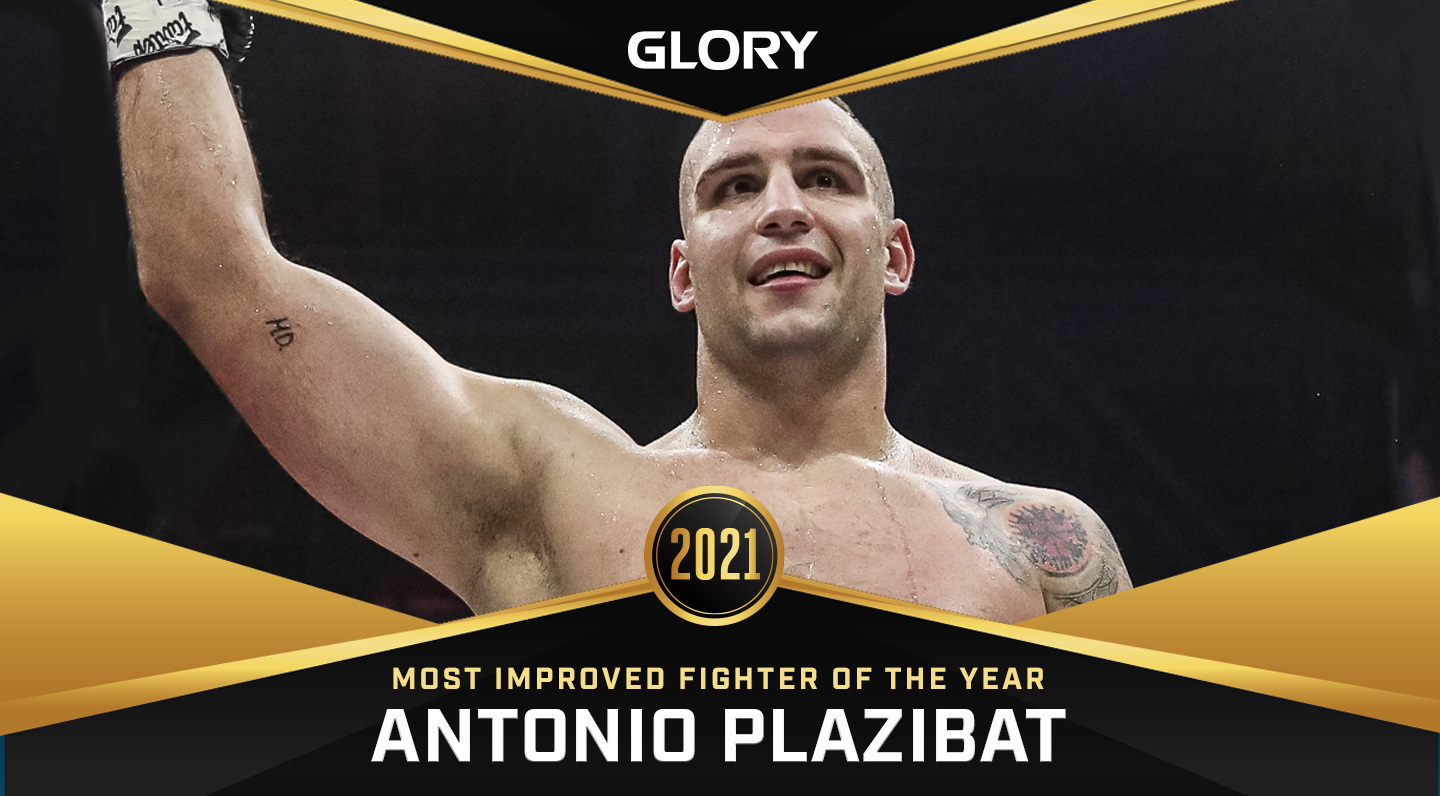 The winner of the “2021 Most Improved Fighter of the Year” award in GLORY Kickbixing is Antonio Plazibat.

He was really excited about the award and gave special interview to promotions official website.

We are near the end of 2021. How would you describe this year?

Both of my fights this year were easier than I expected, so it was a great year from a fighting perspective. Because of Corona and the postponement of the fights, I am not 100% satisfied though. But personally as a fighter, it was a great year.

Why were these fights easier than you expected?

I already knew I could hit hard, but now I feel like I can punch people over the ring and make big damage to them. Mike Passenier (Editor’s note: Plazibat’s kickboxing coach) already told me a few times to believe more in my own shots, because I didn’t know people could go down so easily. With each fight I go into, I feel more and more at home. I no longer feel like an outsider, I feel at home. Like ‘okay, this is my place. You are coming to me.’

You always say you don’t like tactics and just want to slam and bang. What does Mike Passenier teach you then?

It’s not that I don’t like tactics, but if I’m better than someone, I don’t want to make it a boring fight. I don’t want to throw jabs for 3 rounds, keep my distance, win on points, and then say I’m a better fighter. When you do that, you’re scared. When I go into the ring, I don’t care who my opponent is. I don’t want to simply beat them; I want to beat them so that there is no debate about who the better fighter was. I need to control the craziness, the violence. If I can control that, I think I can beat anybody.

Do you see yourself as a good guy or a bad guy?

Your first fight of the year was against Tarik Khbabez. What did you think of him in that fight?

I don’t think he hits that hard. He threw a lot of punches, but it didn’t hit me hard. He’s a machine gun type of guy to fight, he just throws non-stop and goes forward. I was prepared for that, and I knew I could counter very easily. I don’t know what the judges saw to give the first round to him, because he didn’t do any damage to me. Maybe the right straights came through twice, I was the one going backwards so I will give him that. When he slipped, it looked a little bit like a knockdown. After the first round, I knew I had him. I knew what I wanted to do, and I was going to make him pay for his mistakes. Tarik is not an easy fighter to fight, but he is nothing special either. I don’t think he will ever become the champion because he is too one-dimensional. 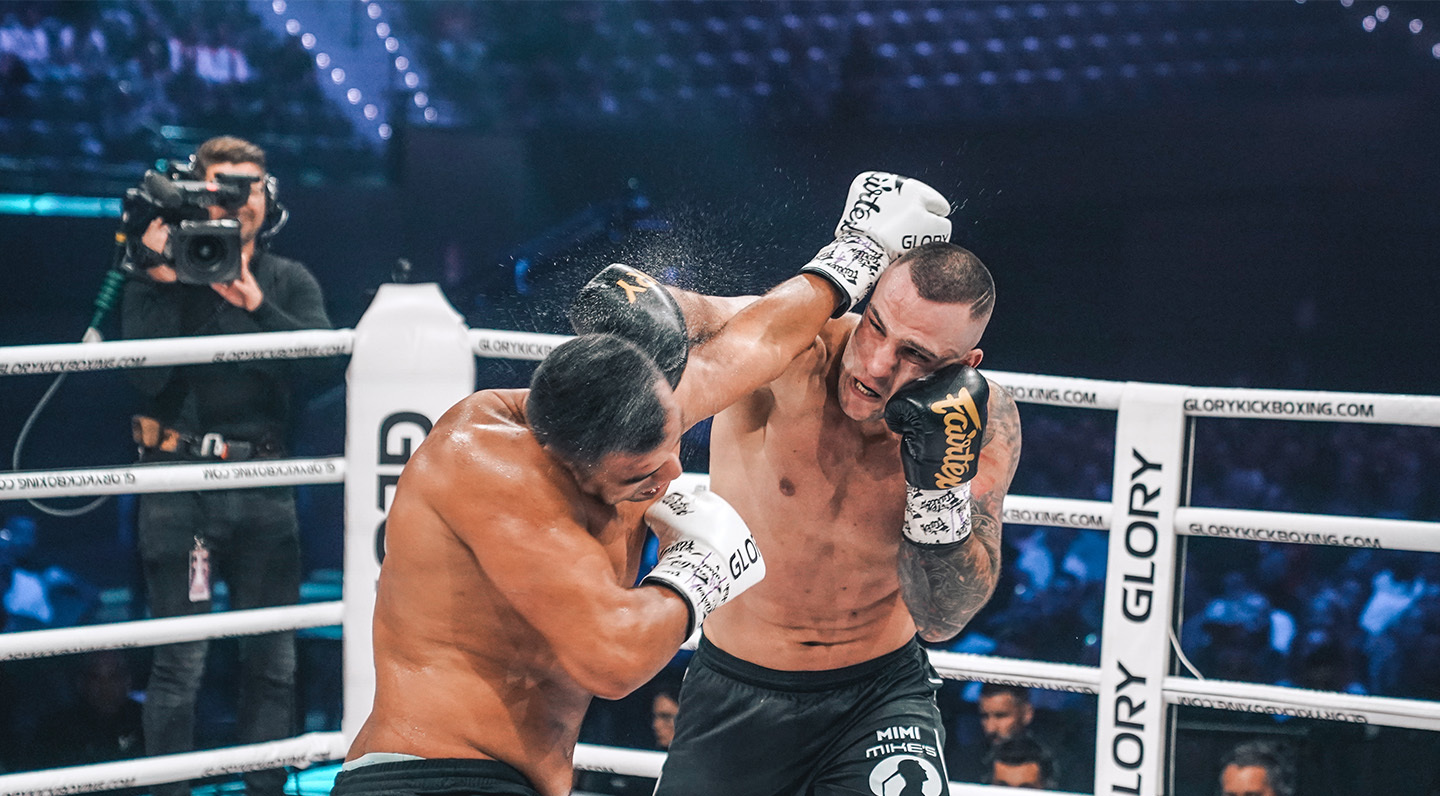 Was it your game plan against Benjamin Adegbuyi to let him play his own game?

The only reason I didn’t block his low kicks was because I expected him to go high, just like in his fight with Jahfarr Wilnis. I think him and his team thought I would be like Jahfarr. I believe only six of his punches went through. Everything else was blocked, the low kicks didn’t hurt, and the body and middle kick also didn’t hurt. Everyone knows how Adegbuyi fights. He throws many easy punches and then one hard one. I think he had the same game plan for me, but he just got caught early. If there were no ropes in the first round, the fight would have been over very quickly.

Given how the fight went, did you expect to finish it so easily?

During the press conference, he said that I wasn’t a real heavyweight but a small heavyweight. Then we got to the weigh-ins and I’m literally the heaviest guy there. To me, this fight was a ‘HA! I told you!’. If Adegbuyi did everything a little better, he could become champion. But his problem is that he doesn’t excel at anything. His boxing is good, but not that good. His power is good, but not that good. He doesn’t do anything wrong, but he doesn’t do anything great either. When I said that and saw Remy Bonjasky’s face, I knew he agreed with me. Adegbuyi is basically the gate keeper to fight Rico.

You train or have trained with big names such as Gökhan Saki, Jamal Ben Saddik and Badr Hari. What is it like to train with these legends?

Now that I’ve trained with Mike and Badr, I know why his fighting style is like that and why he won all those fights. Before, it looked like he went in, threw ten punches and the man went down. It’s not like that, there is a lot of thinking and he’s also very smart. The same goes for Jamal, Saki and all the other fighters I’ve trained with. I now get to know how and why they do certain things, how they fight, how Saki won the fight against Spong twice. I really feel like a kid in the store, I’m happy with what I do. Honestly, I’m not hurt when they punch me. I’m just happy. I’m finally where I want to be.
Do you think your training partner Gökhan Saki can reach the top of the GLORY heavyweight?

His last fight wasn’t perfect, but Saki only started training two weeks before the fight. With the short training time in mind, he was very good. I now see him training hard and expect to see a little bit of the old Saki again, the crazy combinations. He still has the speed and power. He is still a lot faster than me or any other guy. It depends on how much he is motivated to prove himself again, because he has already done everything. Gökhan Saki is a world superstar. If he’s motivated, we’re going to see great fights. 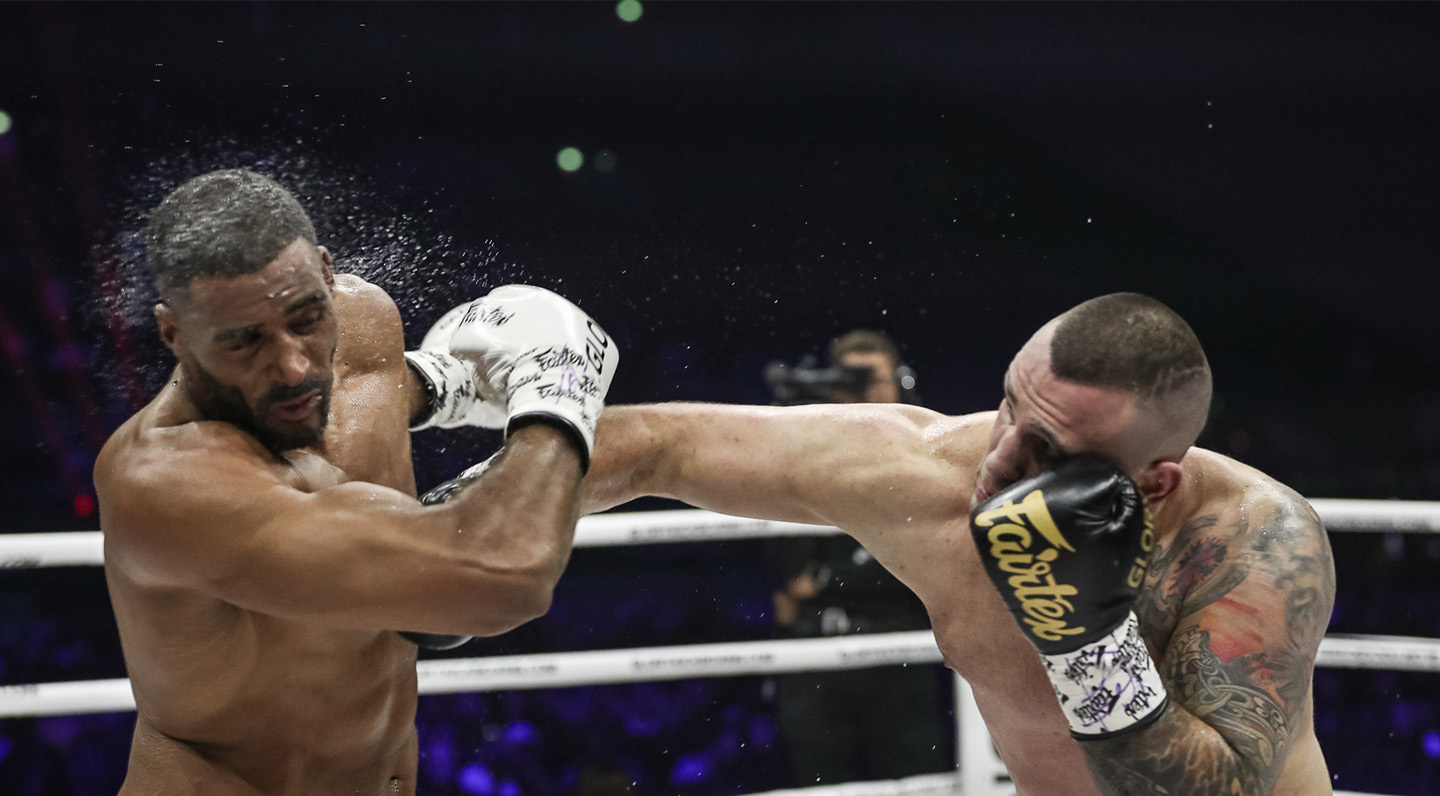 What did you think of the title fight betweenRico Verhoeven and Jamal Ben Saddik?

If Jamal had stuck to the game plan I knew, things would have looked good for him in the end. But when he started to get more into a street fight, I thought “Ah s***! He’s going to gas out”. If he’d just stuck to the game plan after the knockdown, kept his distance, threw one or two punches, I think he would have beaten Rico. Maybe the emotions got the best out of him, he went too crazy. We can say what we want about Rico, but he has already shown several times that he is willing to die in the ring, and I respect that.

Is that something you would do better in a future fight against Rico, sticking to your game plan and not gassing out?

I don’t want to be cocky or anything, but I have seen many mistakes in each of his fights and I know how to take advantage of these mistakes. I think Rico is good, but he is beatable. What I must give him credit for is that he is always willing to die in the ring and that he is always ready. The other fighters are not always ready, they sometimes rest. He deserves to be the champion because he really works for it.

You are currently ranked #1 in the heavyweight division. Is your next fight a title fight against champion Rico Verhoeven?

I hope so. I’m waiting for GLORY to tell me who’s next, but if it’s Rico, it’s good with me. I know I’m ready for him. I’m already training like I’m fighting him, even though I know he’s not doing the same for me. COLLISION 3 was on a Saturday and the following Monday, I was already in the gym training for a fight against Rico, to f*** him up.

How will a fight between you and Rico go?

I think it’s going to be a KO. I’ve seen Rico fight for the past twelve years. I know him better than he knows himself. I have played the fight in my head a thousand times. I’ll be ready to fight 5 rounds, but I don’t see it going 5 rounds. It will end before that and he will get knocked out.

If you could rank the top 5 of the GLORY heavyweight division yourself, what would it look like?

Well, Wrzosek is definitely not in my top 5. He did a great job against Badr, but I don’t think he deserves to be in the top 5. He lost easily against Adegbuyi and beat someone that nobody has ever heard of. He did a good job against Badr, but that was a mistake from Badr. Badr probably thought that the fight was over, then threw the shots he always throws. My top 5 would include: Ben Saddik, Adegbuyi, Mahieddine, me and Badr or Saki if they are ready and motivated.