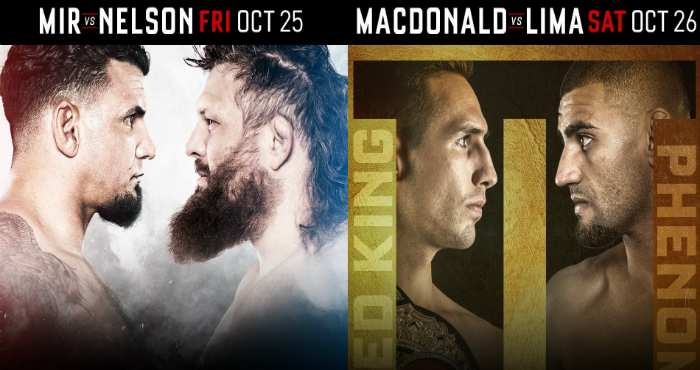 Bellator MMA made a bang this past weekend with two-headed monstrous events.

Bellator 231 took place in Uncasville, Connecticut on October 25 with the rematch between Frank Mir and Roy Nelson headlining the night with Mir winning the first encounter back in 2011. A total of 14 fights were scheduled to take place that night and down below you can check out some highlights and the results from the event.

Less than 24 hours later, it was time for Bellator 232. The event took place at the same location, as another big-time rematch headlined the show.

Welterweight champion Rory McDonald had to defend his belt against the man he took it from last year – Douglas Lima. A total of 11 fights took place at the Mohegan Sun Arena and down below you can check out some highlights and the results from the event.