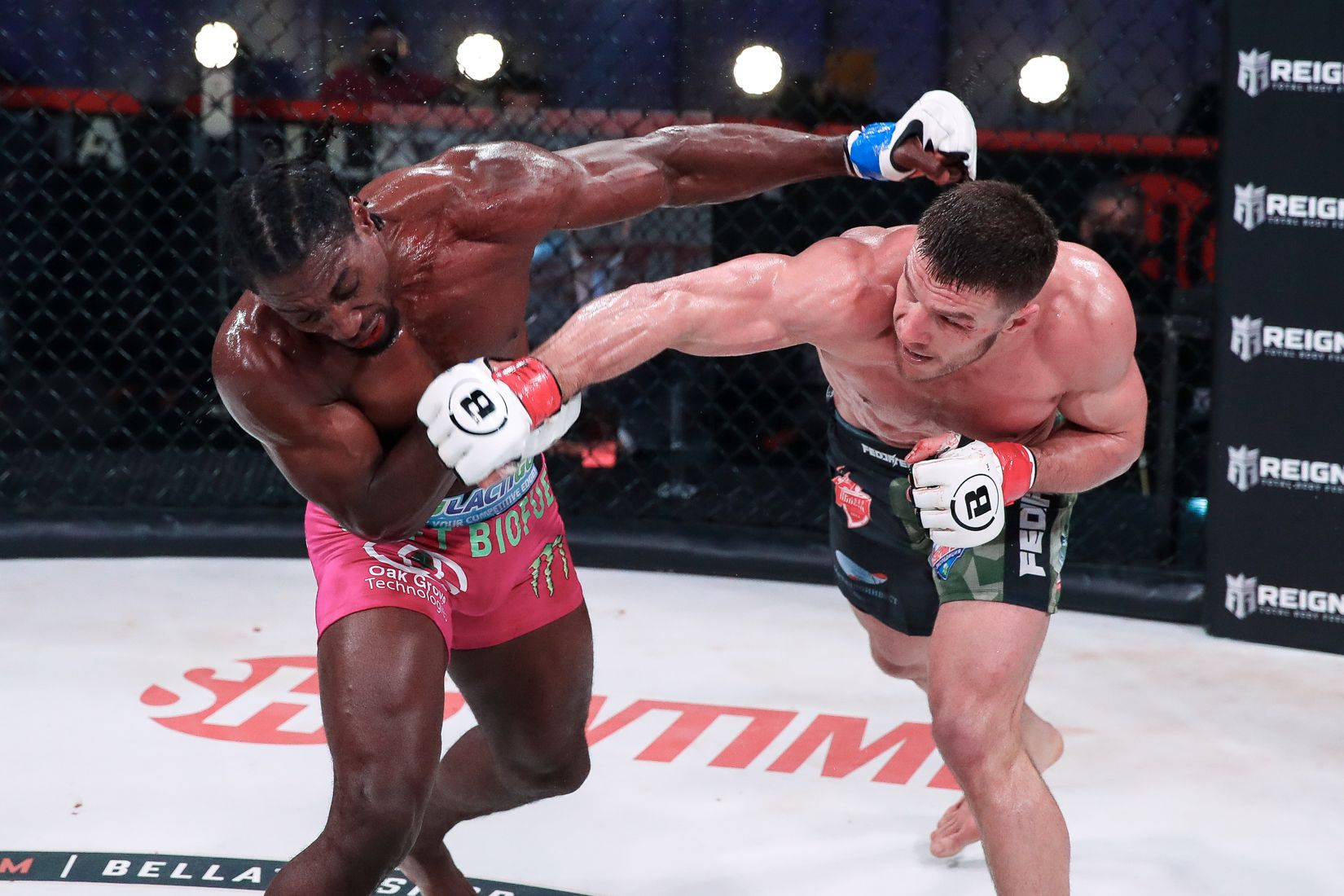 In his first defense of the light heavyweight title, Nemkov (14-2) used his striking to earn a unanimous decision over Davis (22-6, 1 NC) in the Bellator 257 main event on Friday at Mohegan Sun Arena in Uncasville, Conn. All three judges scored the fight 48-47 for Nemkov.

With the win, Nemkov also advances to the semi-finals of the Bellator Light Heavyweight World Grand Prix, where he awaits the winner of the Anthony Johnson vs. Yoel Romero matchup that takes place at Bellator 257 on May 7.

Nemkov was in control for the better part of the first three rounds as he outlanded Davis on the feet and even had moments where he outwrestled the NCAA Division-I wrestling champion. After utilizing a pressuring jab to clearly take the first round, Nemkov increased his advantage in the second, catching Davis with a jab-uppercut-left hook combo that had Davis stumbling (on the replay, it appeared that Nemkov stepped on Davis’ foot during this sequence).

Davis found some success in round three, but Nemkov was still the superior striker. It wasn’t until the fourth round—following a request for urgency from his corner—that Davis began to match Nemkov’s pace. He found a home for his right hand in the fourth and it appeared that he would take at least one round in the fight.

Nemkov continued to mix up his techniques beautifully in the final round, though Davis was right there with him, and in the end he managed to take the final two rounds on each of the judges’ scorecards. But it wasn’t enough as Nemkov retained his title and scored a second win over Davis. Nemkov also defeated Davis at Bellator 209 by split decision in November 2018, which was Davis’ most recent loss.

This makes it eight straight wins now for Nemkov, who holds an unblemished 6-0 record in the Bellator cage.

In the co-main event, Corey Anderson (15-5) needed two rounds to figure out Bellator newcomer Dovletdzhan Yagshimuradov (18-6-1), but the former UFC contender’s wrestling eventually led him to victory. Anderson advanced to full mount in round three and finished with relentless ground-and-pound as Yagshimuradov turned over to shield himself from the strikes.

Yagshimuradov’s strategy saw him waiting to counter Anderson in rounds one and two, which was effective at times as Anderson patiently looked for an opening to shoot in. While Anderson was busy, it was Yagshimuradov who landed the harder shots, specifically a counter-uppercut and a spin kick that clipped Anderson’s neck at the end of the first round.

However, Anderson finally took Yagshimuradov down with 90 seconds left in round two and went to work from full mount. Yagshimuradov made it out of that period, but was quickly taken down in the third frame when he succumbed to Anderson’s ground-and-pound attack. The official time of the stoppage was 2:15 into round three.