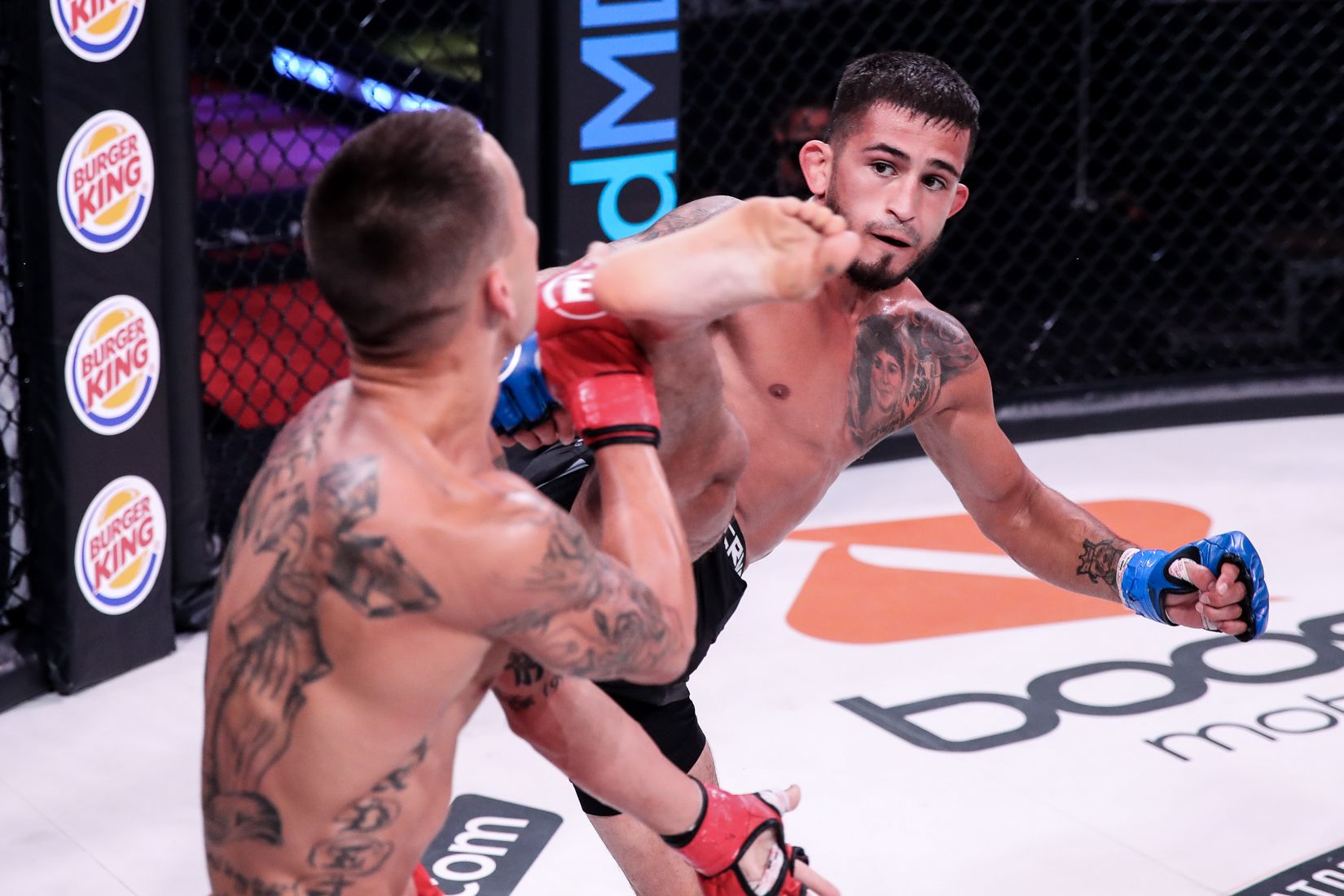 Sergio Pettis was losing handily in his Bellator 272 main event against Kyoji Horiguchi.

Down three rounds to zero and on the verge of losing a fourth, Pettis (22-5) pulled off a comeback for the ages on Friday night, knocking RIZIN bantamweight champion Horiguchi (29-3) out cold with a spinning back fist at 3:24 of Round 4 to defend his bantamweight title in stunning fashion at Bellator 272, which took place at the Mohegan Sun Arena in Uncasville, Conn.

“I was just like, ‘Man, I’m losing this fight. I’ve got to do something spectacular.’ And it came out at the right time,” Pettis said of his dramatic finish, which is sure to be near the top of every Knockout of the Year list in 2021.

To say Pettis was getting dominated by Horiguchi before the fight-ending sequence would be an understatement. Horiguchi was ahead on the striking totals by a massive margin of 73-19 and had controlled the action from pillar to post with takedowns in every round. His accuracy on the feet was remarkable as he was landing at a 56-percent clip and picking Pettis apart with leg kicks, spinning back kicks to the midsection, and precise punching combinations. Horiguchi’s ground control was no less impressive, as he easily wrestled Pettis to the floor several times, took Pettis’ back, and blasted him with punches on the mat.

But all Pettis needed was one moment to deliver the equalizer — and he did exactly that in the waning minutes of the fourth round, crushing Horiguchi with a spinning back fist off a missed head kick to defend his title with the most brutal finish of his 10-year career.

“I needed to face some adversity, and tonight Horiguchi gave me all of that,” Pettis said. “Man, it was hard trying to time his rhythm, try to get his movement down, but man, I just had to open up. My coaches always tell me, ‘If you open up, you’re one of the best in the world,’ and that’s what I’m pushing for. I’m only 28 years old and this fight showed me that I have a lot more to work on.”

With the win, Pettis moved to 4-0 under the Bellator umbrella.

He and Horiguchi now head into Bellator’s upcoming bantamweight grand prix, where a possible rematch could await the two in 2022.