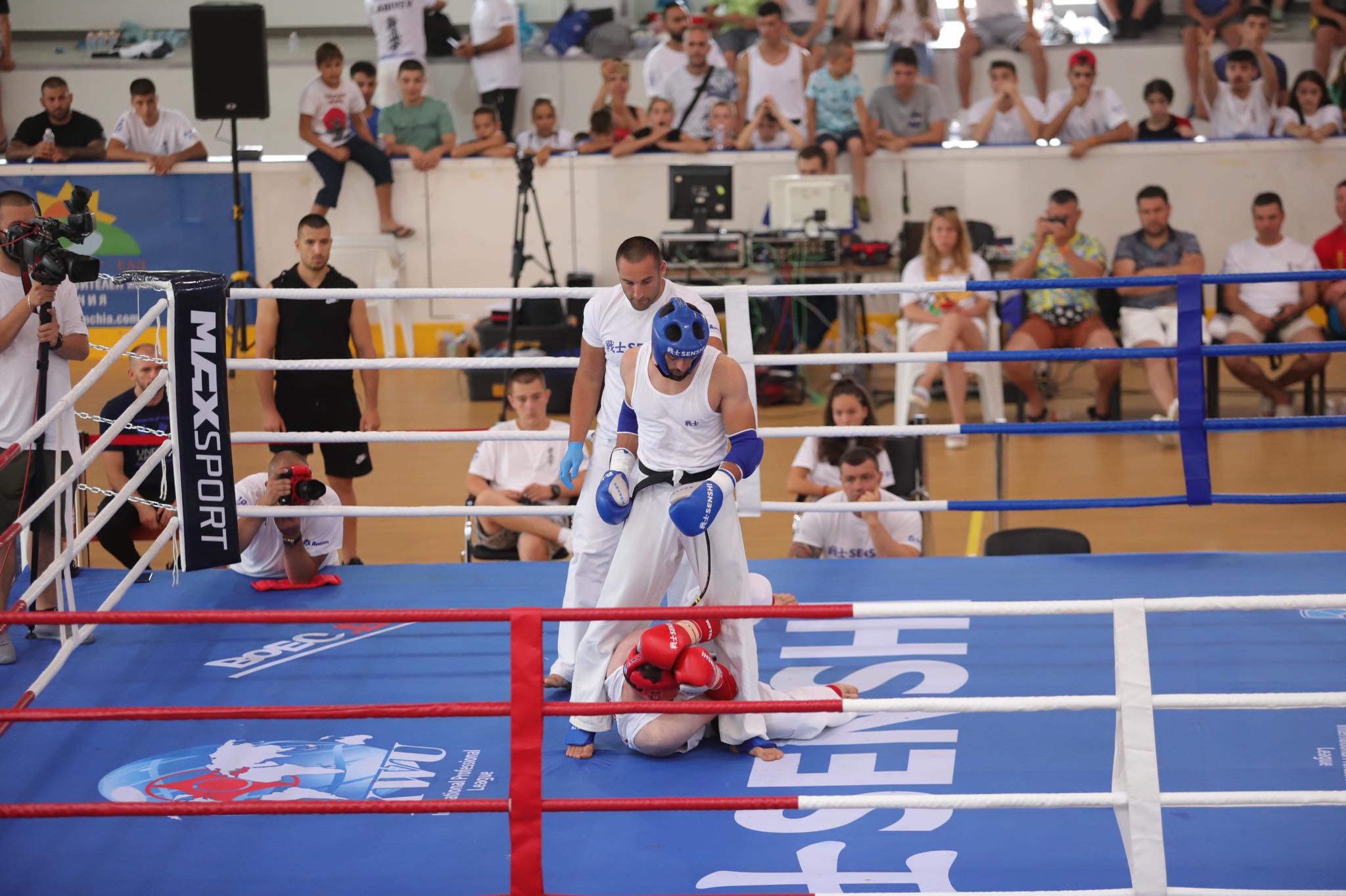 An explosion of knockouts rocked SC “Kamchiya” at the 1st SENSHI European OPEN Championship that is a part of the 15th annual KWU International Summer Camp in Kamchia, Bulgaria.

Total of 15 fights from Day 1 ended before the last bell which made the crowd go crazy! A knockout by Russian Magomed Magomedov happened in the very first seconds of Round 1, Kristiyan Doychev knocked his opponent with a high kick in the last seconds of the round, we saw a spnning back-elbow KO and there are many more exciting kicks and punches we hope you didn`t miss in our live broadcast.  Electrifying battles between 54 champions from 13 countries brought pure joy to combat sports fans around the world! 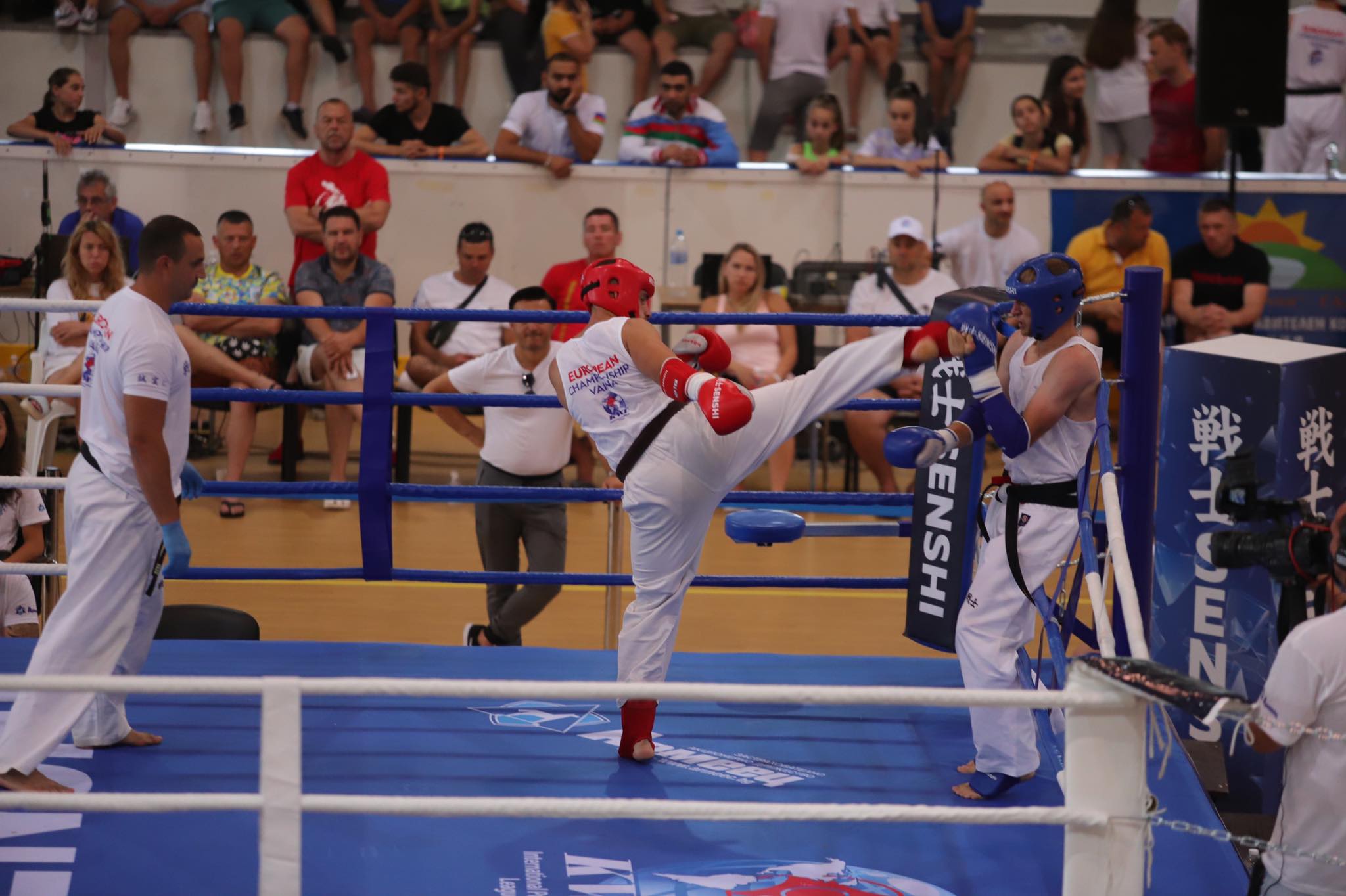 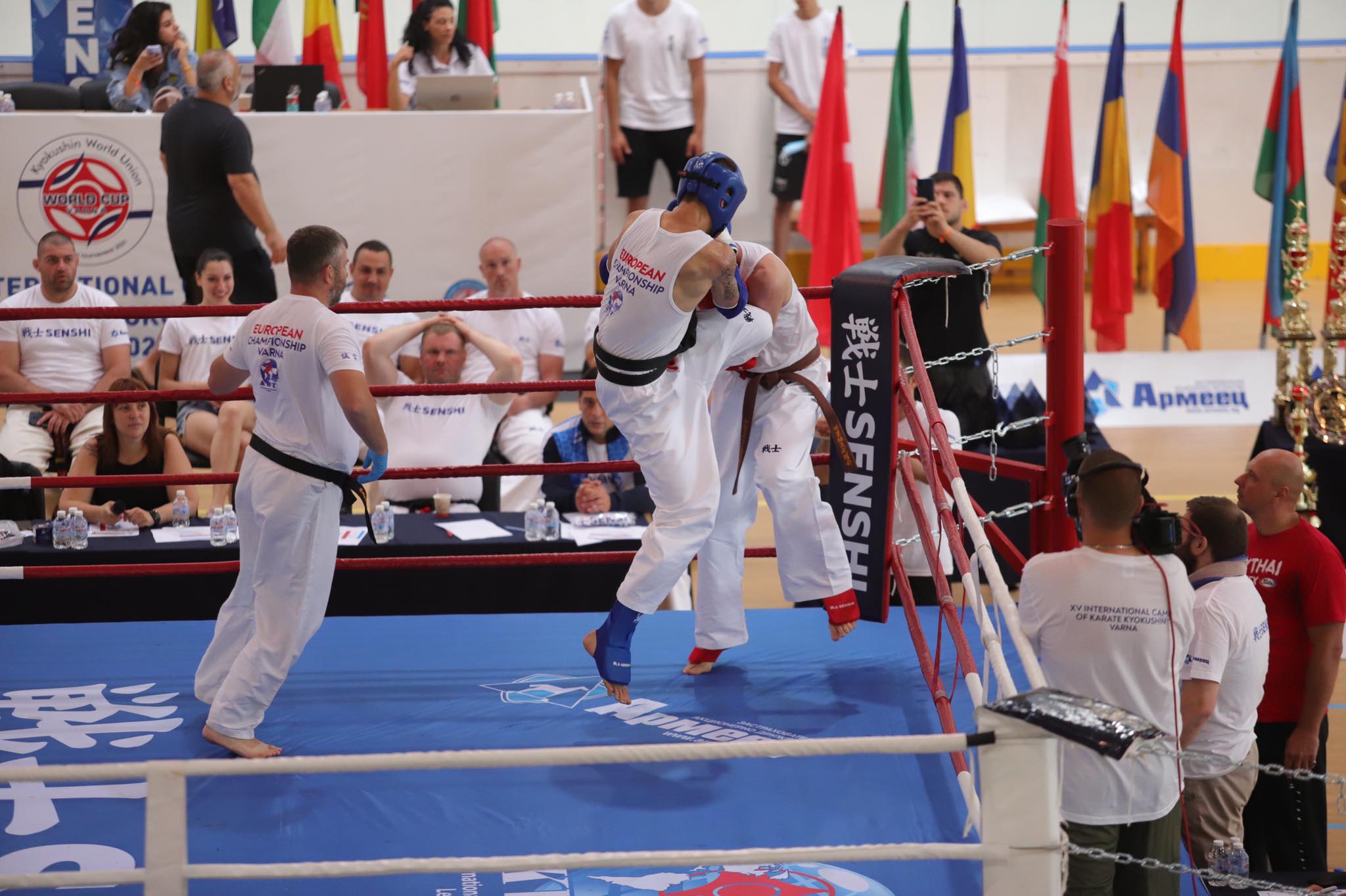 The countries with the most wins so far are Bulgaria, Armenia and Ukraine. 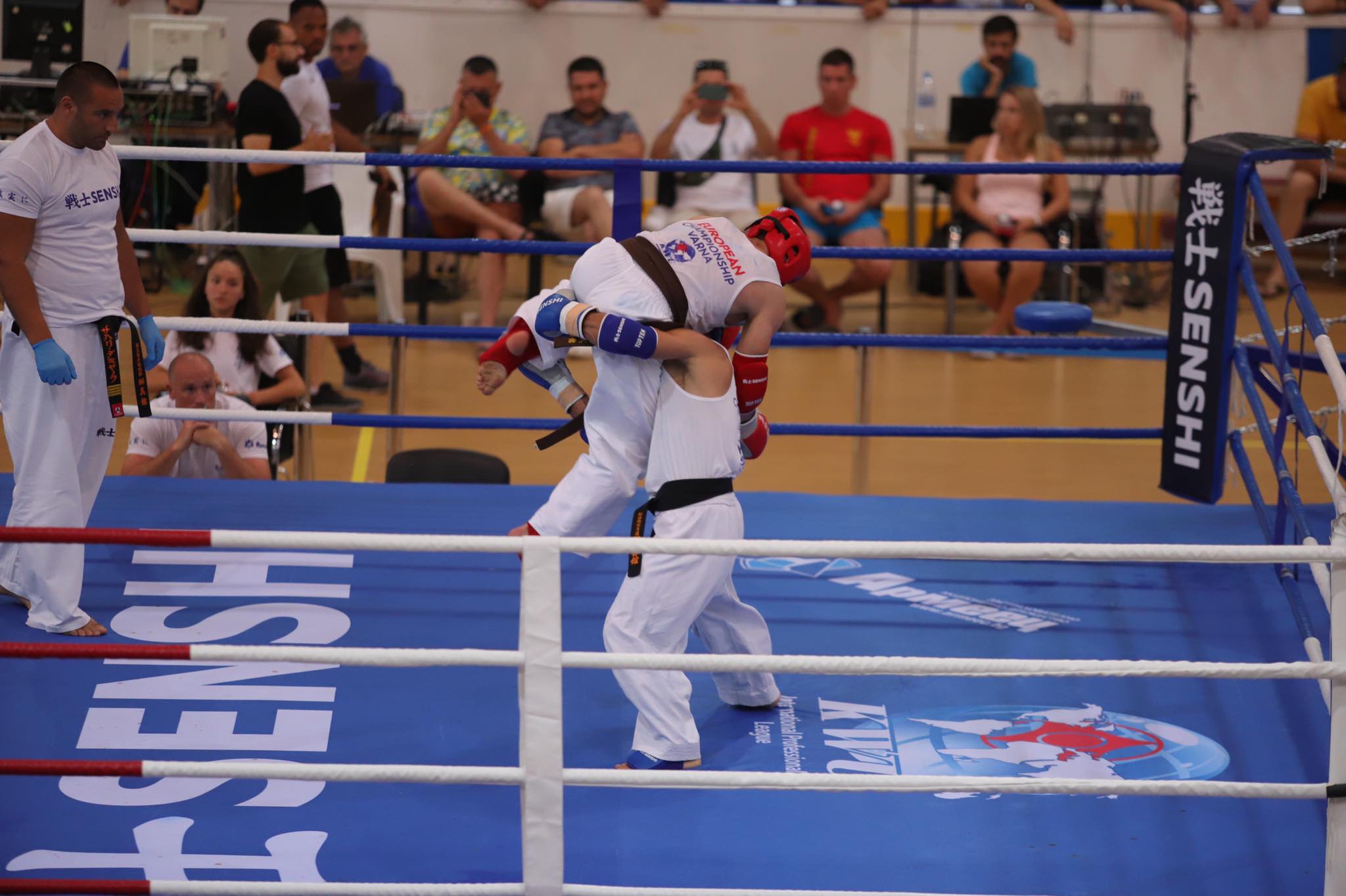 Here are the full results: 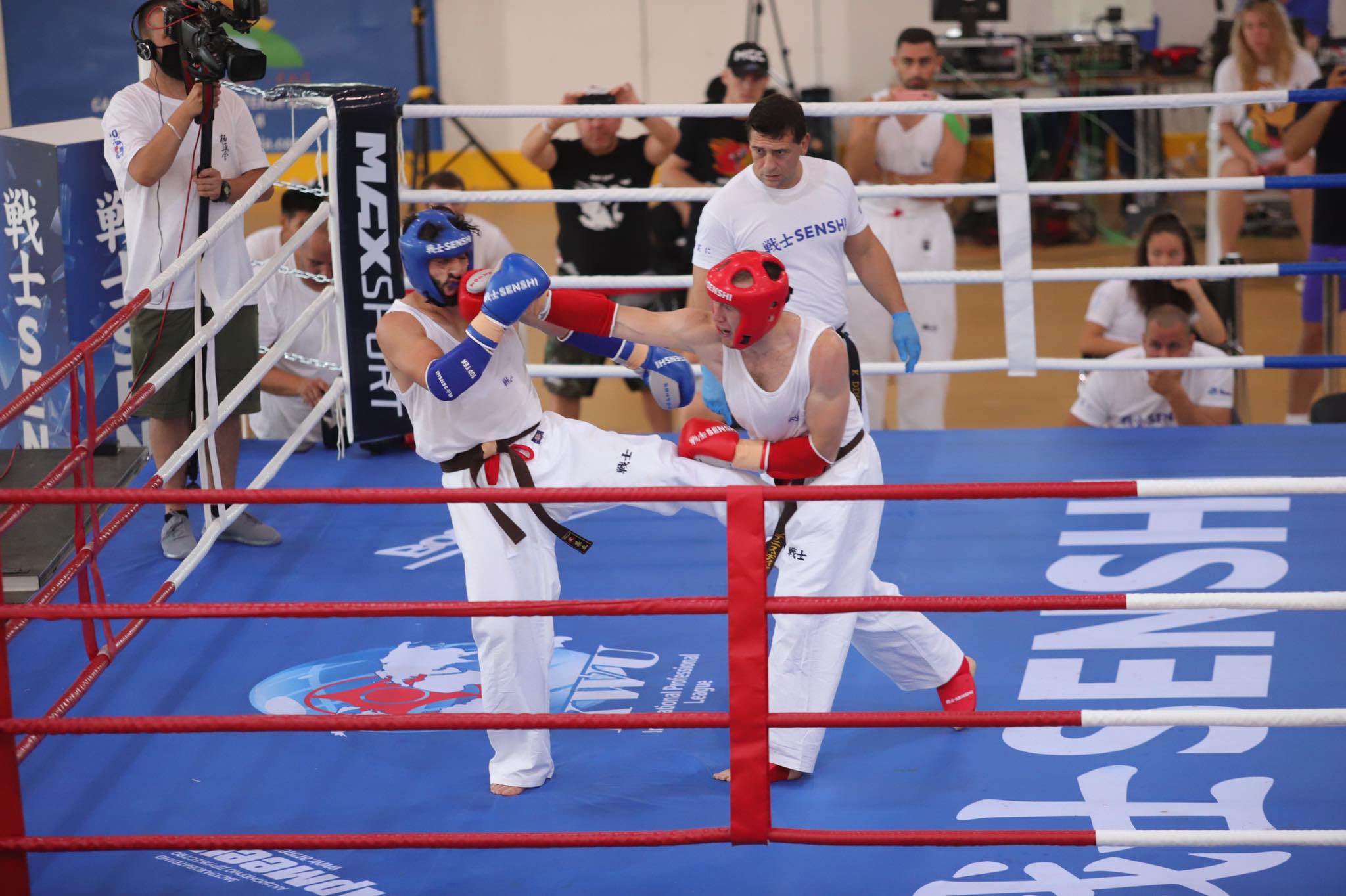 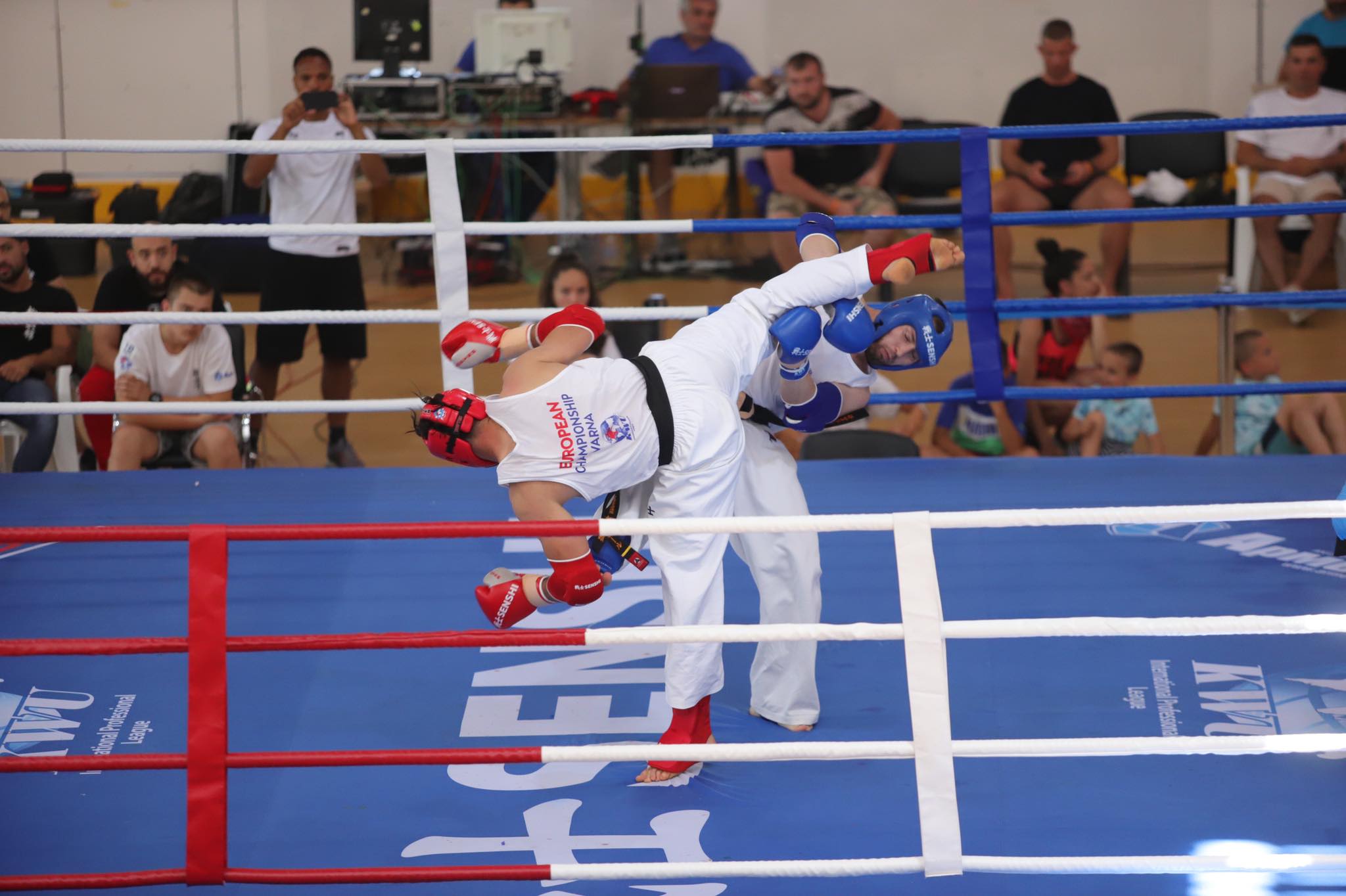 Now as we know all the semi-finalists, we present you the brackets and the schedule for the clashes in Kamchia.

The 1st European Open SENSHI championship and SENSHI 9 will take place during the 15-th KWU International Summer Kyokushin Camp which starts on 4th of July and will gather all the kyokyshin elite in one place. The European championship had to be held in 2020, but it was postponed due to the COVID-19 pandemic.