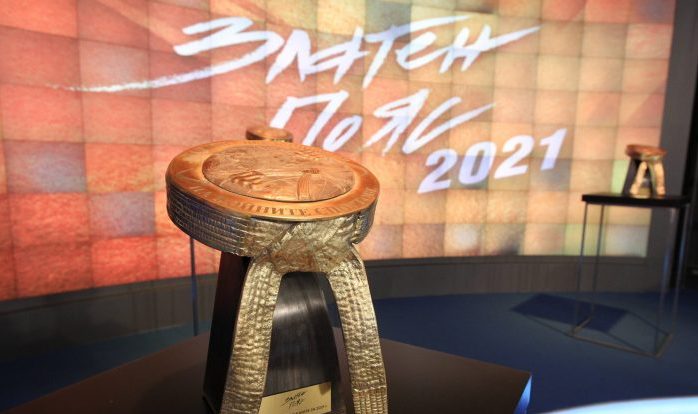 The National Combat Sports Association awarded it`s best fighters and coaches in 2021 for their achievements.

The flashy ceremony took place on 19-th of December in the studio of Bulgaria ON AIR TV. Over 40 000 athletes competed for the prestigious awards.

Special guests for the ceremony were Kubrat and Tervel Pulev, the 2x Olympic champion Armen Nazaryan, the multiple time wrestling, sambo, judo and karate champion Stoyan Saladinov and coach of Blaoy Ivanov, Rosena nd Rumen Dimitrov and Marko Kosev. The four guests were awarded by the member of the board committee of NCSA Dimitar Angelov for their contribution to development of the combat sports.

The hosts of the ceremony were the editor in chief of Boec.BG Desislava Djermanska and one of the best Bulgarian fighters and SENSHI star Nikolay Yorgov. Special announcement was made by Bulgaria`s Olympic comitee prezident Stefka Kostadinova.

“It was a strong Olympic year for Bulgaria. In Tokyo we heard our national anthem three times. I wish all the athletes a lot of power, faith and emotions in 2022. Our committee supports you and is grateful for you”, said the legend of Bulgaria`s sport. 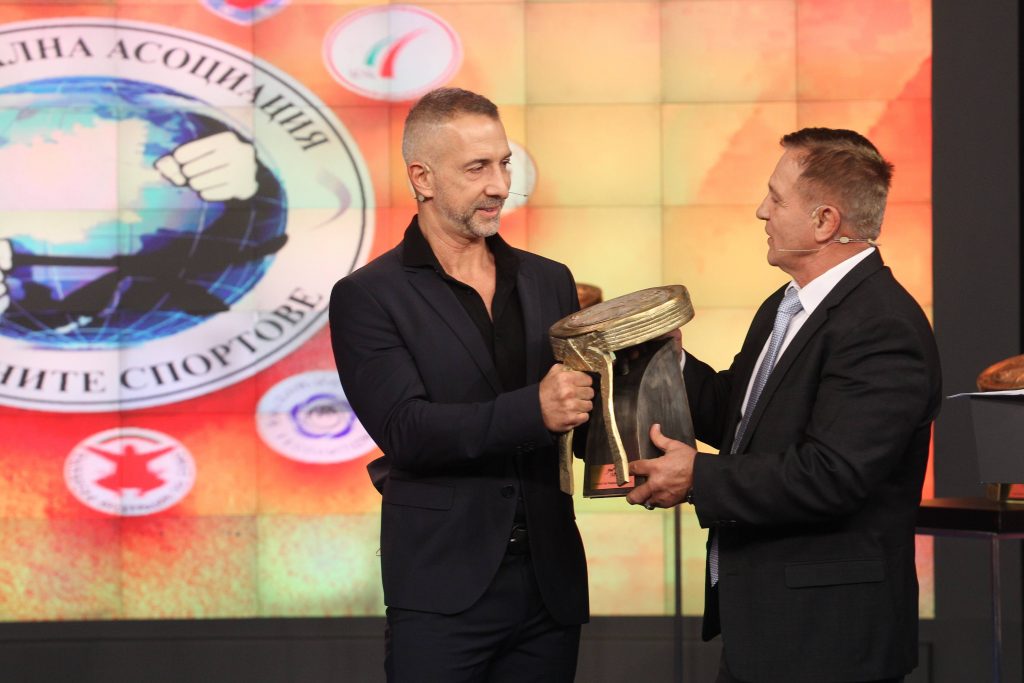 The second “Golden Belt” awards was given to Nikol Harizanova from Bulgarian Karate Kyokushin Federation. She won the Best Athlete – Female division due to the fac that she won two silver medals from two European championships (KWF in Poland and KWU in Varna)

Best Coach of the Year award went to Venelin Rusinov from Bulgaria Ju-Jitsu federation. He is a coach of Central Police Karate and Ju-Jitsu club.

The “Golden Belt” for most impressive win for 2021 was given to Simeon Penev from Bulgaria Sumo Federation. He won the European Championships in the 65 kg. juvenile division in Poland. 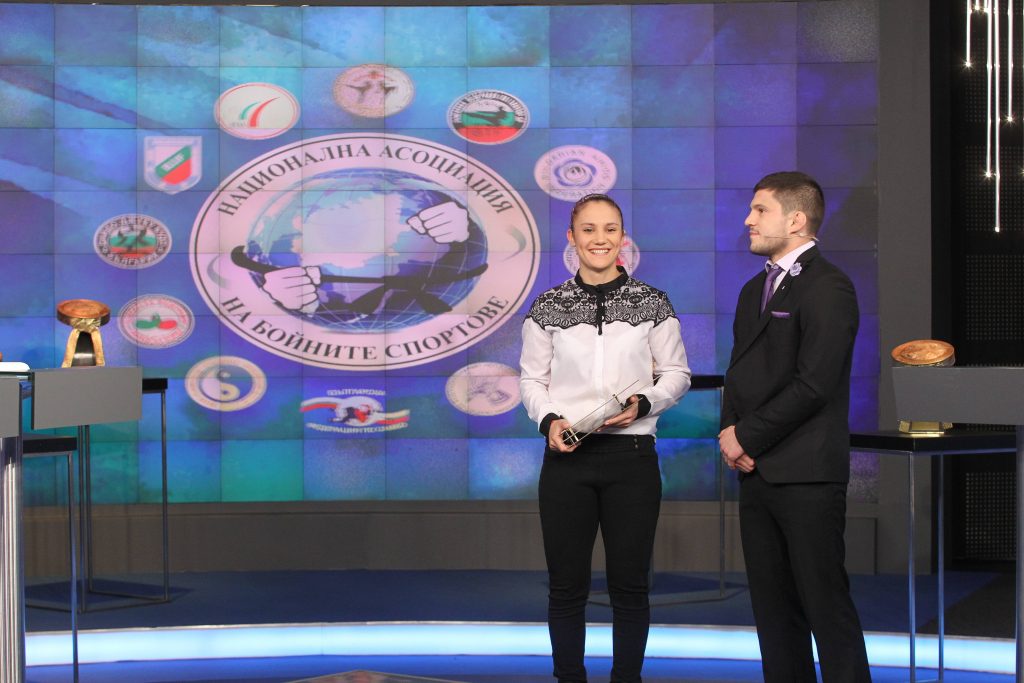 Two more special awards were given from the team of Boec.bg/COM. The editor Bopris Tonev who is also commentating SENSHI`s events. The Best Athlete (male) went to Eduard Aleksanyan, who won four out of four matches in the ring of SENSHI and won a WAKO PRO European belt. The Best Athlete (female) award went to Ivet Goranova – the 21-years old karateka won an Olympic gold medal and Bronze from World Championships.
PrevPrevious
NextNext