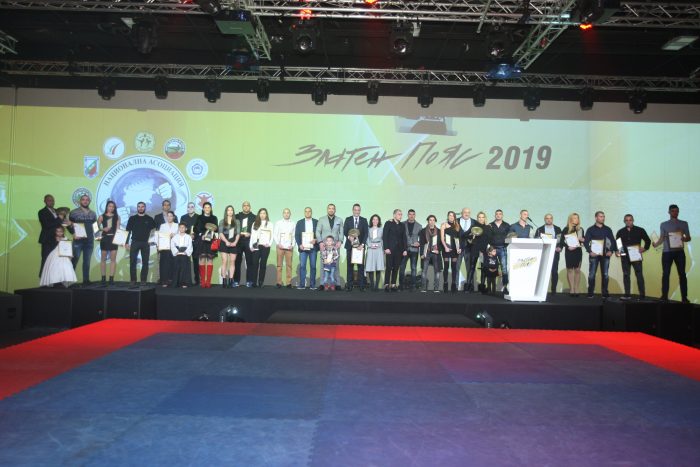 The second annual awards of the Bulgarian Martial Arts Association honored the best athletes and coaches for 2019. “It is great honor for me to be here right now”, said Kralev. “This means a lot for me. We are finishing very successful year. With more than 300 medals from World and European championships for all ages. These medals mean a lot for Bulgaria and I thank you all!”

The chairman of the Bulgarian Martial Arts Association – Shihan Ivo Kamenov, was also in attendance.

Statuettes were awarded in six categories: All 12 federations awarded their number 1 fighters in men and women categories and honored their best coach for 2019. They will also be able to give away three individual prizes to their fighters. Annual Awards Golden Belt 2019 are held with the assistance of JSC Armeec and M Car Sofia – a BMW and a MINI dealer.