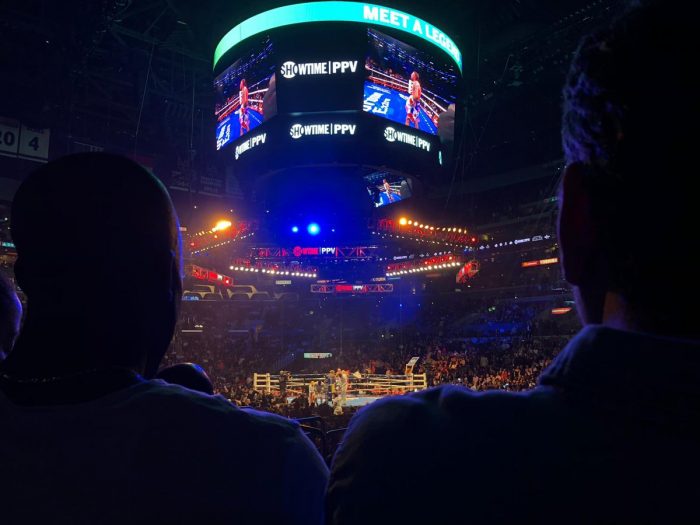 China could be among the first to get boxing back on track. Promoter Liu Gang tells The Ring’s Ryan Songalia that he’s “hoping” for a return to action in June, complete with rigorous testing for both the participants and any potential audience members.

“It is possible that only necessary personnel including the fighters, referees, trainers and media will be admitted to the arena, with the event broadcasted for fans to view,” said Gang, who was among the first Chinese boxers to compete at the Olympics in 1992, and led Xiong Chao Zhong to the country’s first ever pro championship, the WBC strawweight title, in 2012.

“We are also exploring having a small, controlled number of fans to attend the fights live. Everyone must have their temperature checked before entering the arena.”

Iu says he has already received several inquiries for new shows, including requests for approval of dates and locations, as well as matchmaking. “However the final authority will be China government, only they have the authority to give final approval for a boxing show,” said Iu.

Even if the shows are closed to the public, Iu says the sport will be fine, given that Chinese fans have already become accustomed to watching fights via livestream. Shows are usually held in various parts of the country, drawn to wherever the sponsors are located, and are not as dependent on gate receipts for revenue.

“At the beginning what I expect [is that] promoters will start with small shows in smaller venues where the Chinese government will allow only online broadcast so that promoters could see how the market reacts before arranging for a bigger or even world class show,” said Iu.

The article states that Gang is “considering” putting featherweight champion Xu Can on one of the cards. Xu has reportedly “agreed terms” with IBF champion Josh Warrington for a unification match in Leeds, Wales; travel restrictions being what they are, I’d imagine Xu would face a tuneup rather than have Warrington make the trip.