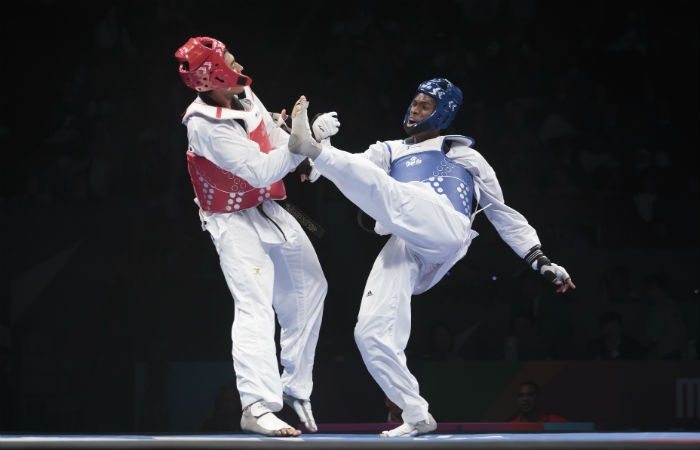 World Taekwondo President Chungwon Choue is confident the sport can achieve “even more” this year with the Tokyo 2020 Olympics in sight. The Games in the Japanese capital will mark the 20th anniversary of taekwondo being included as a full Olympic sport for the first time at Sydney 2000.

History will also be made at the Paralympics, where taekwondo will make its debut on the sports program.

“Even following such a successful year, we are still confident we can achieve even more in 2020,” Choue said in his New Year’s address.

“It is, of course, an Olympic year, with the Games being hosted in Tokyo, Japan. We have come a very long way in the last 20 years and Olympic inclusion has helped to elevate taekwondo into a truly global sport.

“That said, we continue to innovate and push boundaries and taekwondo in Tokyo 2020 will see three notable firsts.  A mixed-team demonstration will take place between the regular matches, showcasing this highly entertaining format.

“For maximum visual impact, a 4D camera rig will be used for the first time at the Olympics and the new competition uniform will be showcased during the Games. “And our Para-athletes will make their debut at the Tokyo 2020 Paralympic Games. I am fully convinced that Para-taekwondo will be very successful in the Paralympics.”

Choue also said that the governing body had strengthened its work in areas including governance, anti-doping, and athlete welfare, and he praised the World Championships held in Manchester in May.

Another major breakthrough was the appointment of Djibouti’s Aïcha Garad Ali as the first-ever female vice president.

“With the battle for Olympic qualification slots now underway across all continents, I wish all athletes, including those refugees fighting under the World Taekwondo flag, the very best of luck,” Choue added.