Colby Covington: I lost at UFC 245 due to fake fouls and referee missteps 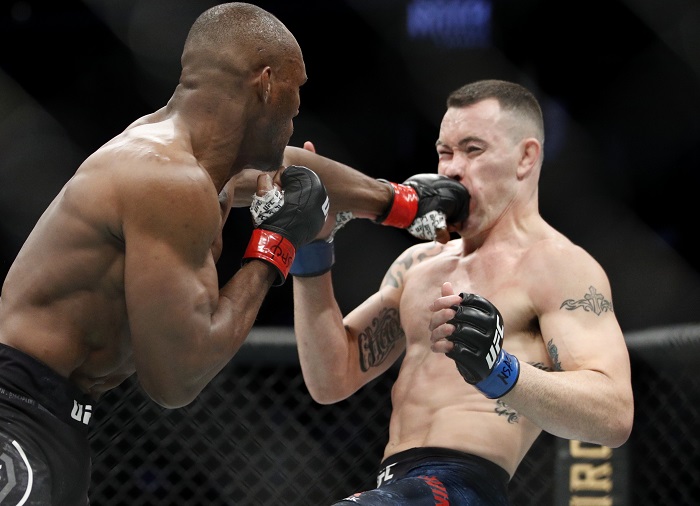 Colby Covington isn’t happy about the way he lost his title on December 14.

Covington challenged Kamaru Usman for the welterweight title at UFC 245, but suffered a fifth-round TKO loss.

“Go look and review the tape of what happened on Dec. 14 at UFC 245,” Covington told ESPN. “Give a fair call. Call it down the center. What actually happened? Let’s talk about the bullet points.”

“(In) the second, I get a timeout: “Oh, nice job. Let me call a nut shot”. The dude got hit in the liver and was ready to fold up like a lawn chair,” Covington said. “Then all of a sudden he wants to call a nut shot? That’s the fakest foul I’ve ever heard in all of fighting.”

The next bullet point on Covington’s list of UFC 245 grievances was the finishing round.

“Let’s talk about the fifth round,” Covington said. “I’m beating his ass again. I’ve won the whole entire fight. The fight is mine. They’re about to wrap the welterweight championship around my waist. Then all of a sudden, I slip on a banana peel and I’m getting hit in the back of the head. Marc Goddard is seeing this right in front of his face. I’m getting hit in the back in the head.

“I also (had) to fight against the Nevada Athletic Commission releasing my corner audio,” Covington said. “I thought we were supposed to be 25 feet away in the octagon. There’s not supposed to be any audio of the corner (or) what’s going on in between rounds. How is it possible that gets broadcasted to the world?”