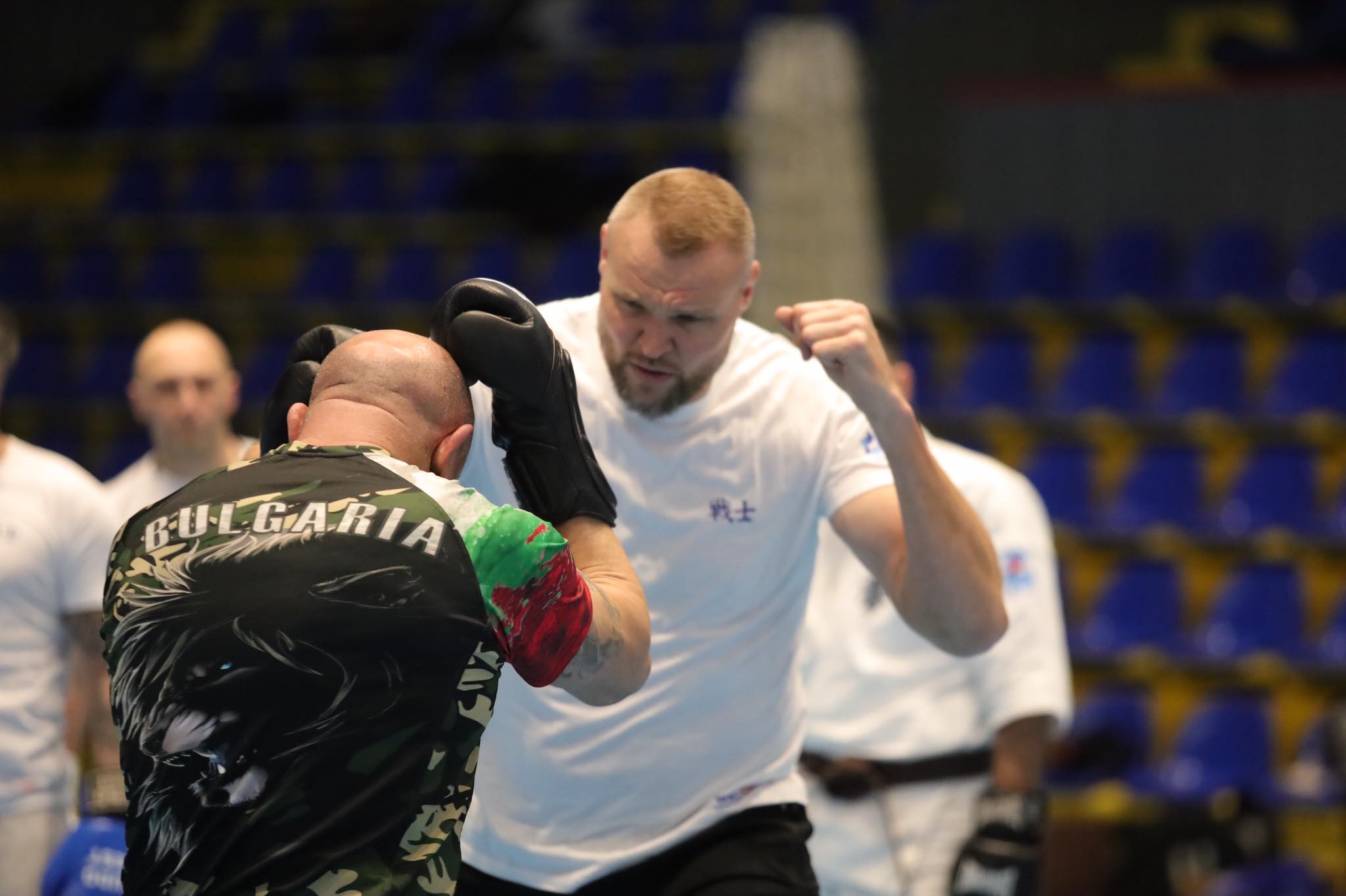 The first camp of the year organized by the International Professional League of KWU is now a fact! Earlier today in sports hall “Vladislav” in Varna the first training session of a three-days camp, which had 300 applicants from 13 countries, started. The motivation of each and everyone was easy to be noticed which helped for a positive start of the event. In a traditional way the sesion was opened with a greeting between the fighters and their star instructors – the Dutch K-1 legendary trio, Semmy Schilt, Peter Aerts, Ernesto Hoost, the K-1 MAX and SUPERKOMBAT champion Albert Kraus, the Czech kyokushin champion Jan Sokoup, the general secretary of KWU Shihan Aleksandr Pichkunov and the chairman of the Russian Martial Arts Union Shihan Ramil Gabassov.   The participants were divided in groups – lighweights, medium/heavyweights and coaches. Each instructor took on a group and after a quick warm up they begun teaching their pupils the tricks and skills they have mastered over their lengthy careers. As usual, the High Tower Semmy Schilt took on the coaches group. He showed them a few easy and safe drills for improving their reaction time, without receiving any damage. He also showed how you should approach sparring in practice and how you can “harden” your body with kicks.   The other 4x K-1 Heavyweight Champion Ernesto Hoost emphasised on counter-attacks with his group. He showcased a few drills for countering punches, kicks, elbows, knees and made the fighters work on them in a fun and innovative playful way. The newest face in the instructors’ crew Albert Kraus emphasised on how important it is for lightweights to work in combinations. Not only young talented male fighters were part of his group, but also a lot of female fighters who were eager to learn from him.   This was the first out of three sessions of Day 1 of the camp. Some of the most prominent Bulgarian fighters also took part in it – Hristiyan korunchev, Teodora Kirilova, Georgi Doychev, Valeri Atanasov, Ivan Krastanov, etc. The camp continues in the next two days. On Saturday there will be another great event in Varna! The 11-th edition of the elite professional fighting organization SENSHI will take part in the National Palace of Culture and Sports with starting hour 7 PM local time.