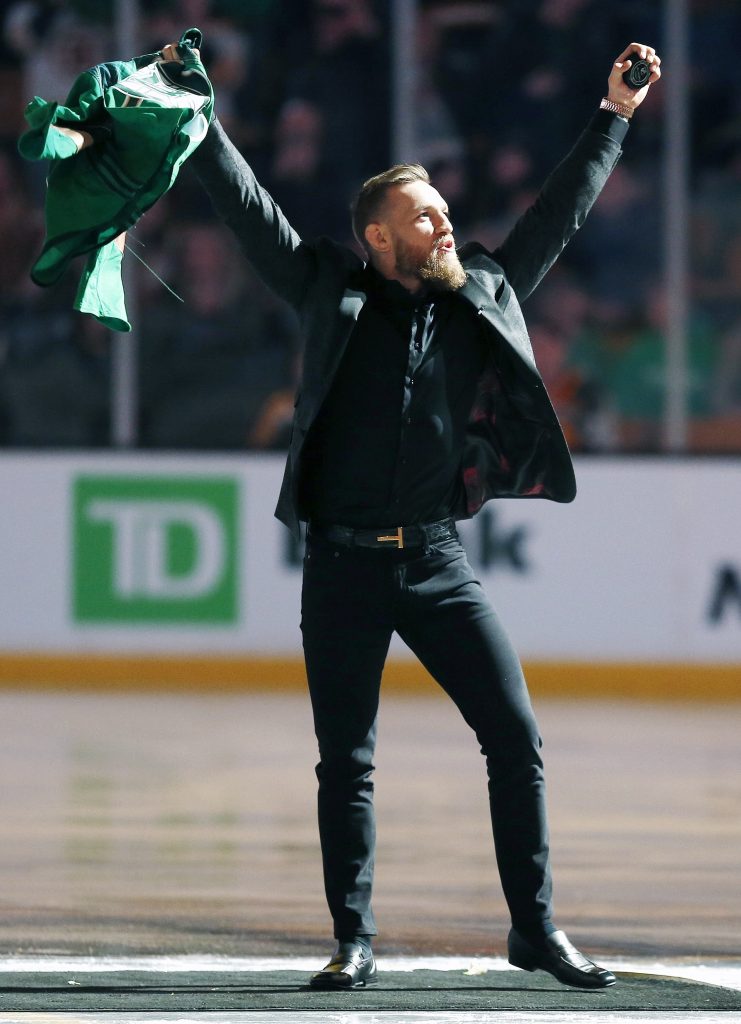 For the second time this year, UFC star Conor McGregor is being investigated in an alleged sexual assault case.

On Saturday, The New York Times reported that McGregor has been accused of sexually assaulting a woman in a vehicle outside of a Dublin pub sometime last week, citing anonymous “people familiar with the matter.”

McGregor, 31, has not been formally charged, nor has he been interviewed by Irish authorities in regards to the alleged incident. In an e-mail published by The New York Times, his publicist flatly denied the accusations:

“Conor McGregor is frequently the subject of rumors. He emphatically denies any report accusing him of sexual assault.”

Multiple Irish media outlets have reported on an alleged sexual assault involving “a famous Irish sportsman” that mirrors details of the assault that The New York Times links to McGregor. Irish privacy laws forbid news outlets from identifying suspects in rape cases unless they are convicted. This was also true of the sexual assault incident allegedly from last December involving McGregor that became widespread news following a story by The New York Times in March.

A spokesperson for Ireland’s police service on Monday confirmed the existence of an investigation into a sexual assault that took place on Oct. 11 in Dublin, but declined further comment on the identity of the alleged assailant.

“Gardai in Crumlin in Dublin are investigating an alleged sexual assault of a woman in her 20s that occurred on Friday 11th October, 2019 at approximately 9pm on Drimnagh Road, Dublin 12,” read the statement sent to MMA Fighting. “Investigations (are) ongoing and no arrests at this time. Owing to the nature of the investigation we will not be commenting further at this time.”

McGregor was in Dublin on Oct. 11 to answer for a single count of assault stemming from an incident where he allegedly struck an older man after an argument at a pub.

In regards to the incident reported in March, McGregor had been arrested in January and questioned by law enforcement, and released pending further investigation. He was not formally charged with a crime.

McGregor, a former two-division UFC titleholder, has been involved in several run-ins with the law, including the recent physical altercation with an older man of which video footage was captured. The fighter would later issue a public apology and is currently scheduled to appear in Dublin District Court on Nov. 1 to issue a plea or contest the assault charge stemming from the incident.

One of the UFC’s most established box office draws, McGregor has not competed since losing a lightweight championship bout to Khabib Nurmagomedov at UFC 229 in October of last year.