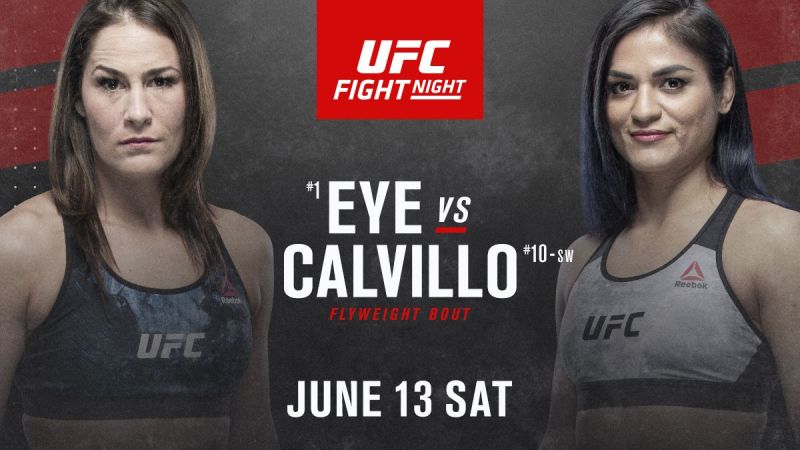 The flyweight division has found a new contender in Cynthia Calvillo.

In her first fight in the weight class, Calvillo showcased a dominant ground game to handle former title contender Jessica Eye and win a unanimous decision after five rounds.

“I feel great, especially putting on a performance like that with a short amount of training,” Calvillo said while moving to 3-0-1 in her past four fights. “It just feels amazing to do this during this time.”

After a slow opening round, Calvillo told her corner that she had to begin pushing the pace as the fight moved forward and that’s exactly what she did.

While Calvillo was more than handling herself on the feet, she saw an opening for a takedown in the second round that allowed her to put Eye on the mat and then work her way to take the back. On the ground, Calvillo was completely dominant as she continued to improve her position while Eye was stuck playing defense as she desperately tried to get back to the feet.

Eye was able to turn the tables slightly in the third round after cracking Calvillo with a couple of stiff right hands but she wasn’t really upping her volume that much. In return, Calvillo took advantage with another takedown that once again brought Eye’s offense to an immediate halt.

Calvillo’s grappling constantly gave Eye fits as the veteran flyweight struggled to break free from her opponent’s grip once the fight hit the floor. Even when Eye did manage to get back to the feet, she couldn’t really do much damage while throwing similar combinations in almost every exchange.

With five minutes remaining, Eye was displaying an eerily similar output despite being down on the scorecards. In return, Calvillo didn’t mind trading punches on the feet without showing much fear of reprisal when it came to Eye’s power serving as any kind of deterrent.

When the final horn sounded, Calvillo was confident in her victory as she made a huge statement by taking out the No. 1 ranked flyweight in her division debut. The victory almost assuredly puts Calvillo in the title conversation right away but for now she just wants to stay busy for the rest of the year.

“Whoever, whatever,” Calvillo said after Katlyn Chookagian called for a fight against her after the UFC on ESPN 10 main event ended. “My last two years have been really slow. I’m down to fight everybody. Just keep me busy. I want four fights this year.”