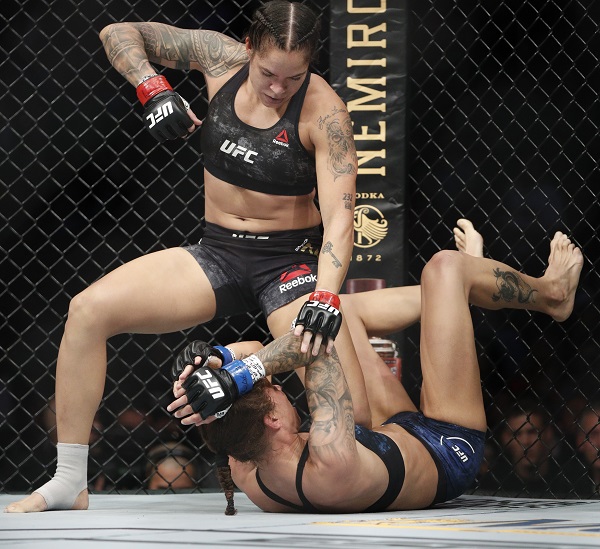 As the champion goes, so goes the division. For the women’s featherweight class in the UFC, that could mean the end is near.

Following the first title defense of her 145-pound championship against Felicia Spencer two weeks ago, Amanda Nunes mentioned the possibility of retirement citing a lack of immediate challenges and impending motherhood. Given that she currently holds both the UFC featherweight and bantamweight titles, her absence would leave two divisions without a champion.

The women’s featherweight division has lacked depth since its inception (the UFC does not even have a contenders’ rankings for the weight class), and at a media scrum on Friday in Las Vegas, Dana White was frank when asked if it would go on without Nunes.

The UFC President was optimistic about the fate of the more established bantamweight division, which has been led by several stars since its promotional debut in 2013 including Nunes, Ronda Rousey, Holly Holm, and Miesha Tate.

White stressed the need to keep that division strong regardless of who steps into the championship picture in the future and praised the women who have taken the lead so far.

“I literally just told the guys the other day to build that division,” White said. “Start signing girls, let’s start building that division, and now my girl’s talking about retirement, so apparently we gotta get on the same page and figure this out.”

“[Nunes] can do whatever she wants to do,” White said. “She’s the queen. She can do whatever she wants. She’s having a baby, she’s got all these great things going on in her life right now personally and professionally she’s done anything that I’ve ever asked her to do. To go from Ronda Rousey to her, it’s actually been a joy working with the women in that division. I haven’t always seen eye-to-eye with Holly Holm’s people, but Holly Holm is one of the nicest human beings on planet earth. Dealing with that division has been awesome.”

While White isn’t convinced that Nunes is seriously committed to retiring, he acknowledged that the two need to talk and that there was no timetable for her return. Nunes and her partner Nina Ansaroff are expecting a child in September.

Until Nunes officially says she’s done, White is holding onto the possibility that she competes again.

“I hope she doesn’t [retire],” White said. “She’s one of my favorite people ever and coming off of the performance that she just put on, I think that the beautiful thing was she came out of the (Germaine) de Randamie fight and everyone was like, ‘She looked human,’ this, that, all the critics were all over her. She fought arguably the best female striker of all-time, beat her, and she looked human in that fight.

“Then she came out and put a statement on her last performance. She looked incredible and put on an absolute clinic against one of the toughest women that I’ve ever seen in my life. After a performance like that, I would hate to think that she would want to retire, but if that’s true, and that’s where she’s at right now, then she probably should.”