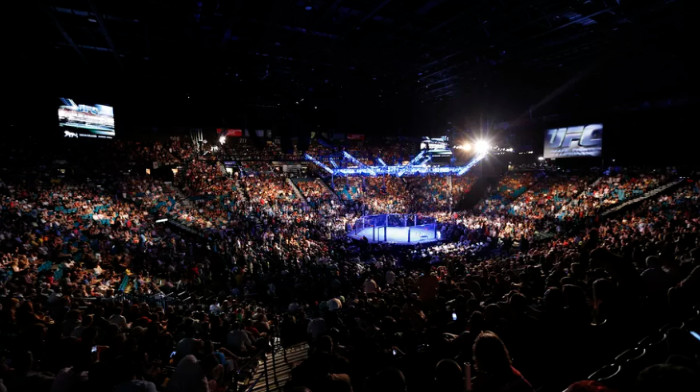 It seems UFC President Dana White is a firm believer that he’ll manage to put a mixed martial arts event sooner than later.

Still, the man in charge has come down to terms with the fact that he won’t be selling tickets any time soon due to the coronavirus outbreak. Even though all major sports leagues and sporting events were postponed, White seems possessed with the idea of putting up a show even without the fans.

UFC has already canceled some fight nights in the US and UK, but there are other events that White believe will take place in the following weeks.

Here’s what the President had to say on the topic of not having fans and gates in the near future.

“Obviously, the world is going to be different and I’ve been thinking far ahead into the future,” White told Kevin Iole of Yahoo! Sports.

“I don’t expect to have a gate for a very long time. I’ve already thrown that out the window. You have to look at all the different things. People think that I don’t take this seriously because I want to come back so fast and all this other stuff.

“It’s not that I don’t take it seriously. I take it very seriously,” he clarified. “I don’t plan on having a gate for a very long time. … I’m already thinking way ahead of these types of things. All I need to worry about is making sure everybody is safe and I can put on these events. I don’t need a crowd.”

“At some point, we have to figure out, ‘How do we get things back to normal,’ but do it in a really safe way,” he said. “The only way to find out is to get out there and start doing it. We’re going to spend a lot of money. It’s not going to be cheap. It’s going to be expensive.

“Everyone who has quarantined has a family. Everyone wants everyone to be safe,” he added. “It’s not like ‘Money means everything; let’s get out there and open it.’ Everybody wants to be safe and do it the right way.”