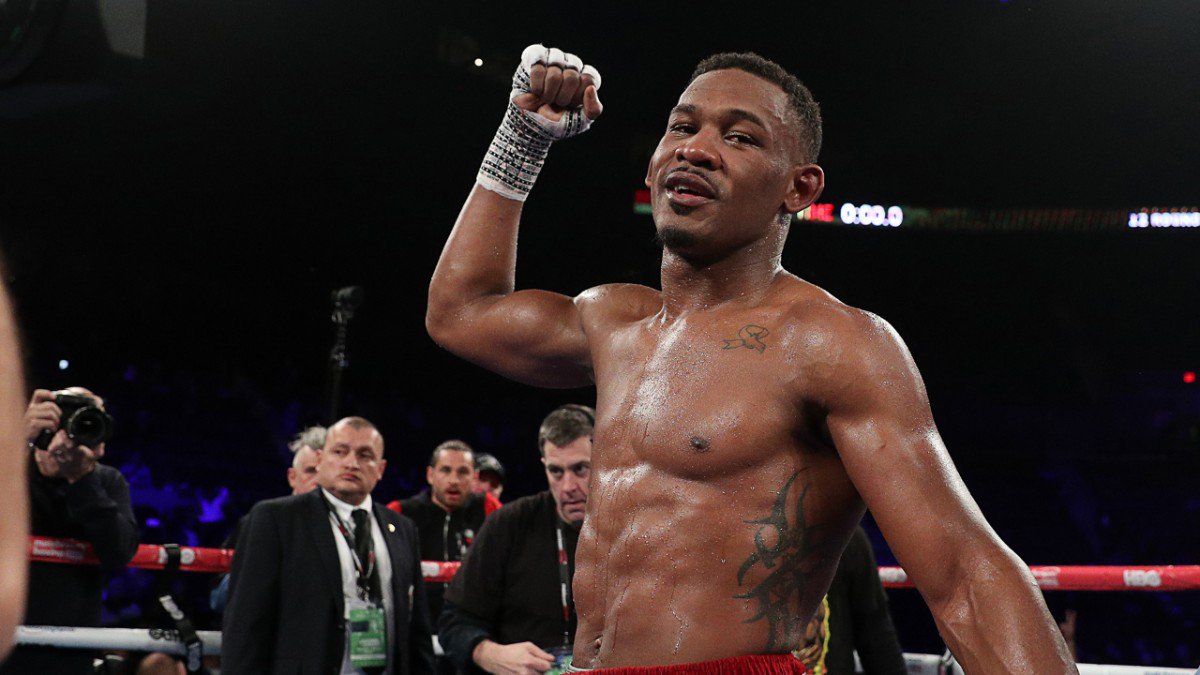 Gabriel Rosado came incredibly close to a career-best win tonight in Florida, and had his heart broken more than normal by a split decision loss to Daniel Jacobs in the DAZN main event.

After a very close, tough-to-score, and frankly deadly dull fight, ring announcer Jeremiah Gallegos seemed to announce split decision scores for Rosado at first, noting that the winner was “from Philadelphia,” before quickly correcting himself and announcing Brooklyn’s Jacobs as the split decision victor:

You could argue neither fighter backed up their months of trash talk, but Jacobs (37-3, 30 KO) definitely didn’t, as his promise to beat Rosado (25-13-1, 14 KO) down never came close to happening, while a lot of people may come out of this thinking that Rosado’s claim that Jacobs is overrated is, in fact, true.

It was a tentative fight where neither man landed in double digits in any round save for Rosado landing exactly 10 punches in the eighth.

“I didn’t think I did the best performance. I could’ve did a little bit better,” Jacobs said after the fight. “It’s my fault. We had a great camp and I obviously didn’t do everything I should have. I was looking for the right hand, but I guess I got right hand happy. I should’ve stuck to the game plan. He’s a game opponent. I didn’t think it was that close by far.”

At one point during the bout, Jacobs’ trainer asked him in the corner, “Did you bet on this fight?” Jacobs didn’t get the question at first, so it was repeated. “No,” Jacobs replied, and his trainer said he wanted to understand if he were trying to carry Rosado in the bout to get it to later rounds. But in his post-fight interview, Jacobs — whose deal with DAZN ended with this performance — tried to put on the best face about moving forward to “bigger and better” bouts.

“A fight like this is only for a stepping stone. I still feel like there’s more to me that hasn’t been seen,” Jacobs.

Rosado, as you’d expect, was a lot more emotional.

“Yo, I felt I won the fight. I surprised him. I out-boxed him, I out-jabbed him, I countered him, I made him miss big shots,” Rosado told Chris Mannix. “Even when they said the decision, he was disappointed. He had the look on his face of defeat. That man didn’t do nothing to me! He put more hands on Canelo and Golovkin than he did on me!”

Rosado continued, “This man went through a battle with GGG, he went through a battle with Canelo, and I made it look easy! I thought I made it look easy!” Rosado said. “I was jabbing up and down, I hit him with big right hands, I slipped and moved when it was time to, and it was time to exchange he really didn’t want to, he was the one doing the clinching.”