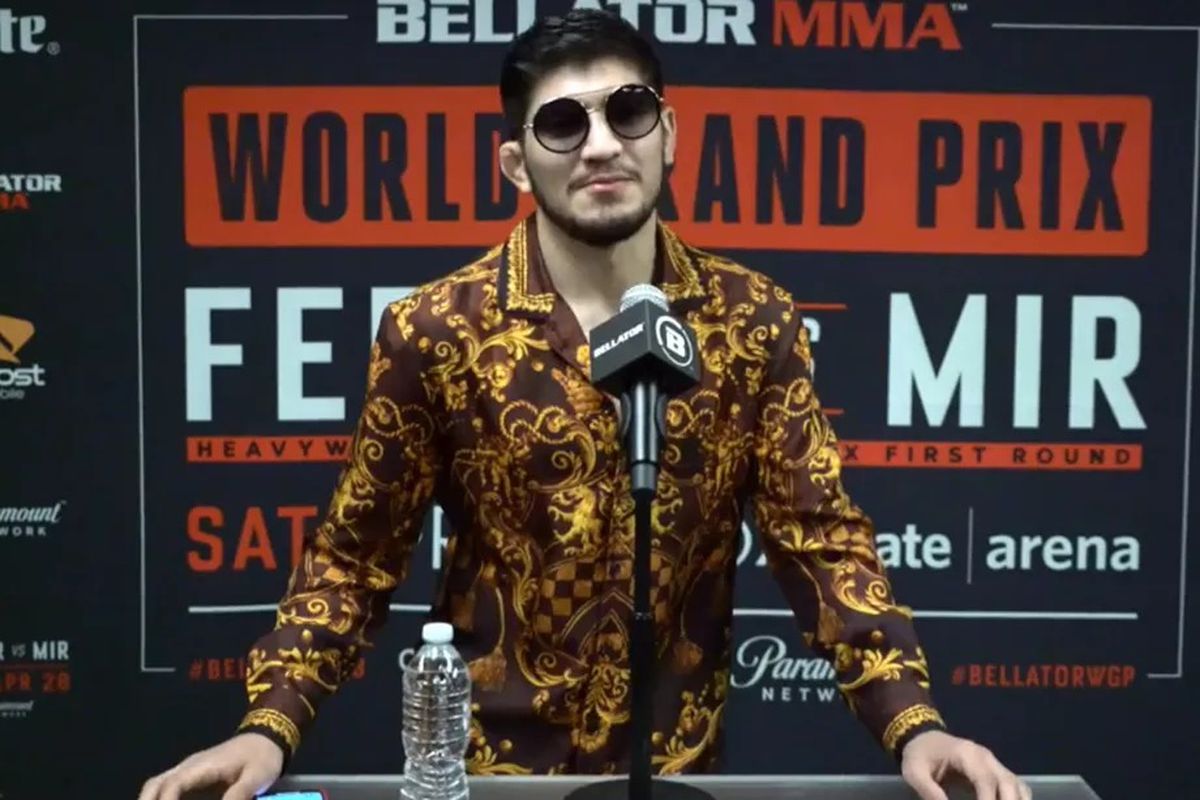 Dillon Danis is a jiu-jitsu world champion who has transitioned to MMA. His plans are for “making it big” in the sport. That’s no secret.

“I’ve seen guys, they start off, and they go too fast”, said Danis at Wednesday’s Bellator 222 media day. “The people that care about you will give you the best advice. Obviously I weigh up what I want to do, weigh up what my coach wants to do, and we go from there. I feel like having a good team around you is very important, because you’ve seen guys without good teams and you see one, two fights, and they’re gone, or you don’t really hear about them anymore.”

“Even with (Aaron) Pico, I think this is a tough fight to come back from from a knockout. How old is he? 23? Getting knocked out, dropping his first fight is not good for your brain. He has what? Ten, 15 years of fighting left? You shouldn’t be getting caught and put to sleep like that and keep fighting.

“I don’t know him, I have nothing against him. I’m just saying you need to be smart with MMA. MMA is not wresting, it’s not jiu-jitsu, it’s a different animal. You’ve got to be smart, and you’ve got to be tuned into everything.”

Danis, 25, said he’s not taking Humphrey for granted. His MMA debut in April 2018 lasted just 98 seconds before he submitted his opponent.

“He challenges me with experience”, Danis said. “He has like 16 fights amateur and pro. I think everybody has more experience than me. Everyone likes to talk like I’m (expletive) 15-0 or 30-0 because of my popularity and stuff, but I’m only 1-0. I think experience is maybe the only something that he has. But experience is not going to be enough.”

Danis might be taking the slow-and-steady approach so far in his career, but he said the goals are already lofty. With Bellator champs Rory MacDonald and Darrion Caldwell both on the same card, Danis took it upon himself to snatch their belts and pose for photos at media day.

“I see what I want”, Danis said. “I don’t know, it’s weird for me. I knew I could beat these guys five years ago. I’ve been training with guys. I don’t know. I just know what I’m destined for. That’s why people are like, ‘How can you deal with this hate?’ I know what I’m going to do. So what everyone thinks, really.”

“I’m a different level than everybody. I feel like there’s no one that can even compare to me and my mind in the game. That will show. I’m going to take that experience with me and keep going up until one day I’m going to fight for that belt, and I’m going to be like, “I’ve (expletive) seen everything.”

Bellator 222 takes place at Madison Square Garden. The 175-pound catchweight fight between Danis and Humphrey is part of the main card.