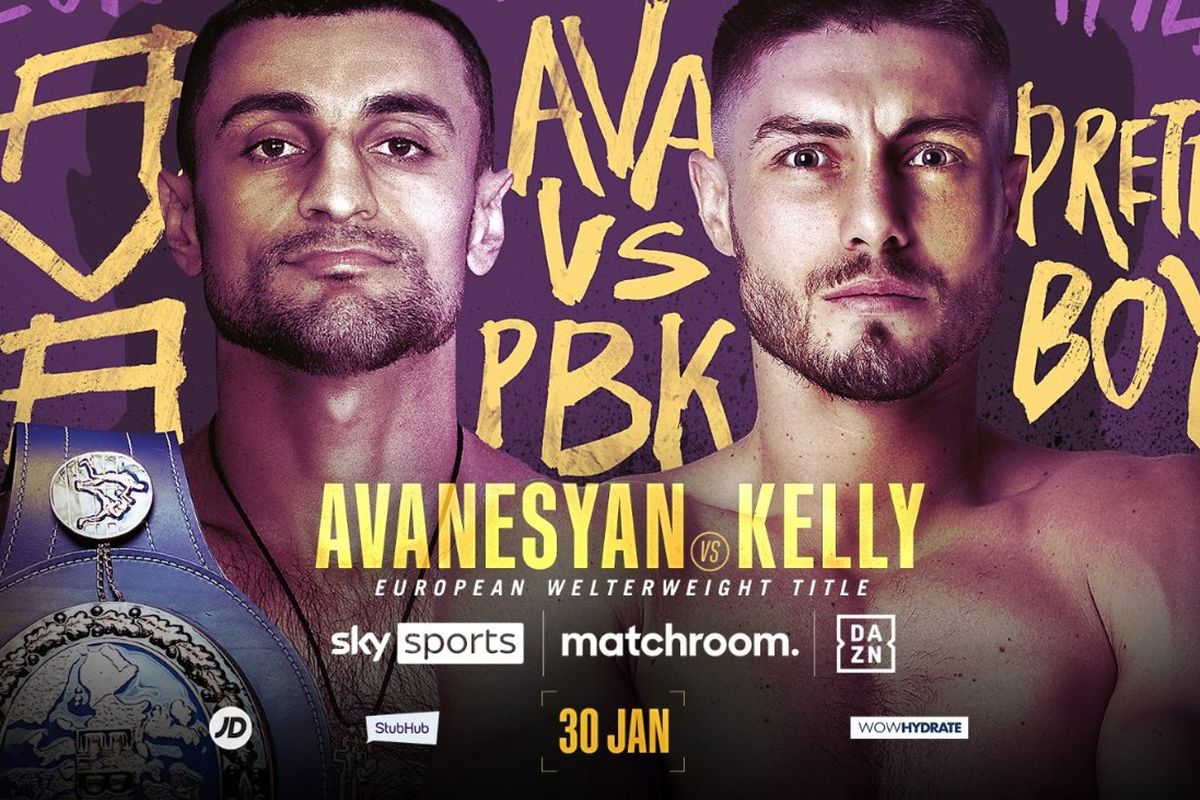 David Avanesyan came from behind to keep his win streak alive, stopping Josh Kelly in the sixth round to retain the European welterweight title in London.

Avanesyan (27-3-1, 15 KO) was looking a step behind the younger Kelly (10-1-1, 6 KO) in the first two rounds especially, even stung a bit in the second, but his will to win carried him into the fight, as did a cut on the side of Kelly’s head which bled a lot, caused — it seemed — by an accidental elbow in a clinch.

The cut is no excuse, though the loss of blood is never fun, and really, this was just an experienced, hard-nosed veteran fighter taking a younger guy to the woodshed, which is not meant as disrespect to Kelly, who had the right plan and effort early, was executing well, but just found himself out-hustled and out-gunned.

Avanesyan put Kelly on the canvas in the sixth round, and had him going again, legs wobbled and shaking, before the Russian-Armenian put Kelly back on the canvas a second time. At that point, trainer Adam Booth threw the towel, as Kelly was being overwhelmed by a guy who just wasn’t going to lose this fight.

For Avanesyan, it was a long time coming. This fight was originally supposed to happen in Dec. 2018, but as we’ve been over many times, Kelly pulled out on fight day claiming illness, and the two camps have jawed back and forth over and over. It was scheduled for early 2020, didn’t come off, then Jan. 2021, didn’t come off, and we got it tonight.

The teams may have had serious beef, but Avanesyan showed Kelly respect in the ring after it was over, and in his post-fight interview.