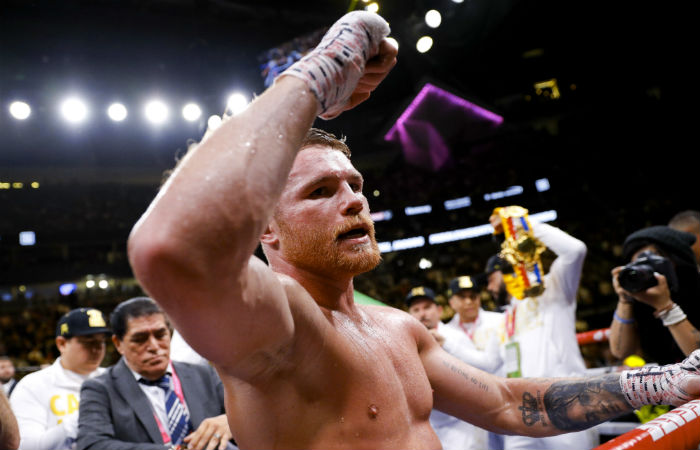 During this video interview with Fight Hub TV, former titleholder David Benavidez shares some of his thoughts on Canelo’s recent performance against Billy Joe Saunders, the prospect of Canelo fighting Caleb Plant, and why he thinks he matches up well with the Mexican superstar. Check out some excerpts of what Benavidez had to say below.

Benavidez on a potential Canelo-Plant unification

“I think it makes sense on both sides. You know, Caleb Plant, he’s 29 years old, he’s probably in his prime right now too and he doesn’t have no bigger opportunity than that. What else does he want, fighting Canelo is the biggest opportunity anybody ever gets. I feel like it has to be made. I’m sure it’s gonna be made in September.”

On how he thinks a Canelo-Plant fight plays out

“I think Canelo beats him easier than he did Billy Joe Saunders. I think he’ll stop Caleb Plant with a body shot to be honest with you. I really feel like Caleb Plant can’t take body shots too well. Canelo throws amazing body shots so…”

“I got the height advantage, I got the reach advantage. I feel like I got the overall power advantage too. I don’t know, man. When I get that fight I’ma be at my best so I don’t even know what’s gonna happen because when you’re so motivated sometimes the best comes out of you. So I’m just excited. I have great speed, great power, great jab. So I feel like Canelo hasn’t fought nobody with the tools I have so I feel like it’s gonna be a way different fight when I get in there with him.”