David Haye: I knew it was over 35 seconds into Bellew rematch 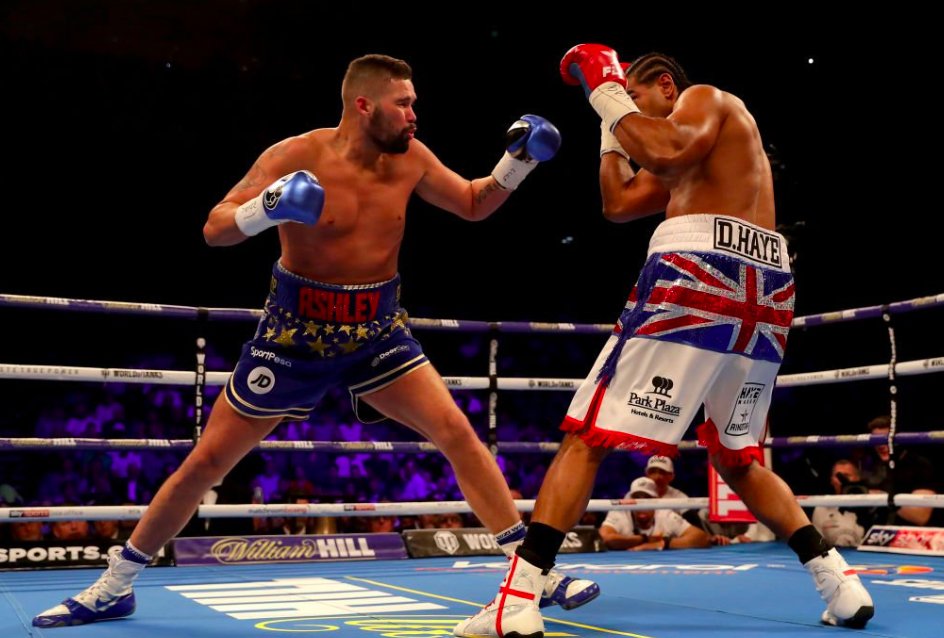 Former two-division world champion David Haye has revealed that he knew his career was over in the very first round of his 2018 rematch with Tony Bellew.

A few weeks following that bout, where he was dropped three times and stopped in the fifth, Haye ended his 16-year career as a pro.

Due to injuries, Haye basically retired after knocking out Derek Chisora in 2012. But after 42 months, he returned to the ring in 2016 and picked up two quick knockout wins over Mark De Mori and Arnold Gjergjaj.

A year later, Haye was a massive favorite when he faced Bellew, who was coming up from the cruiserweight division.

But during the fight, Haye ruptured his Achilles tendon, which eventually led to Haye’s corner stopping the fight in the eleventh round.

The rematch was more one-sided, and Haye admits he knew in the first round that his time as a fighter was over.

“I knew about 35 seconds into the first round of that second fight with Tony Bellew that this was it,” Haye told The Daily Star.

“It just felt all wrong, it was really weird. I’ve never had it before. It just didn’t feel like a boxing match, it felt really strange. I was kind of posturing and hoping something would click into how it always was, and it just didn’t click in at any stage.

“Even in the early rounds, the rounds I was winning, it just felt that everything was an effort. Even to move and bounce, it was all an effort. I’d see opportunities after they’d gone, whereas before I’d see it and just deal with it. But it just got to that point where I just couldn’t see and it was too late. Where I’d normally slip and counter I was just getting hit. It was a feeling I’ve never had before and would never like to have ever again to be brutally honest! I’m glad it ended as conclusively as it did so it doesn’t leave me with any thoughts that ‘maybe one day I can do a little bit better, if it wasn’t for my Achilles then I could have done it.

“I knew that was it. I can remember that feeling of ‘that’s it, you’ve pushed it as far as it’s humanly possible to push it, you’ve given it a good go, you’ve given yourself the best chance, you’re as healthy as you’ve ever been, you’re as strong, you’re as fit’ – but it’s not about strength or fitness, it’s about how much fight your body can fight. And once that flame’s out, it’s out for good.”