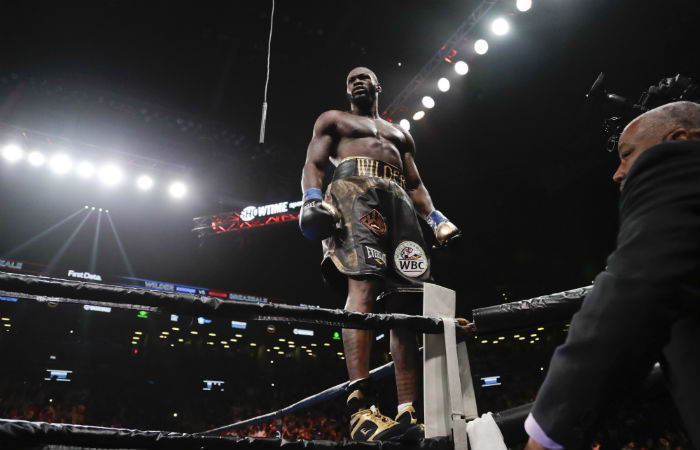 World heavyweight champion Deontay Wilder has opened up on the possibility of Luis Ortiz failing a drugs test before they collide. They are ready to meet again this year, but the date is yet to be announced.

The first time around, Ortiz wobbled Wilder before the WBC title holder rallied to take the Cuban out late back in March 2018.

“The Bronze Bomber” was disappointed with some for the commentary for the first bout:

“With Ortiz, there was a controversy about if they gave me more time (to recover). You know the first time around the commentators did a lot of damage,” Wilder told World Boxing News.

“It’s crazy that I work for Showtime. But you have guys that work for Showtime in the commentating team, y’know, it’s always negative towards me. It’s always like I’m getting helped. They made it seem like when the referee called me over, he was giving me extra energy or extra time to breathe. I don’t know where they get that from, but some people ran with that.”

“Besides that, another reason why I’m fighting Ortiz is because no one else wants to fight him. They always say he’s old but no one at the top is giving him his opportunity. Of course, I’ve got ties to Ortiz dealing with his daughter (a rare skin condition) and my daughter (spina bifida). So that’s the reason I blessed him the first time.”

“I’ll be honored to bless him again because none of these guys want to fight him. I’ll beat him a second time and then come to Tyson Fury.”

Asked whether he was worried about Ortiz and his drug-testing history, Wilder added: “I have no worries man, I’ve been through so much in this sport and at the end of the day.”

“If Ortiz makes the approach to want to cheat then shame on him, that’d be bad for him and his family. Bad that he already doesn’t get the big fights because no one wants to fight him, that’d be really taking away from his family, that’d be a selfish move if he did that,” the champion concluded.