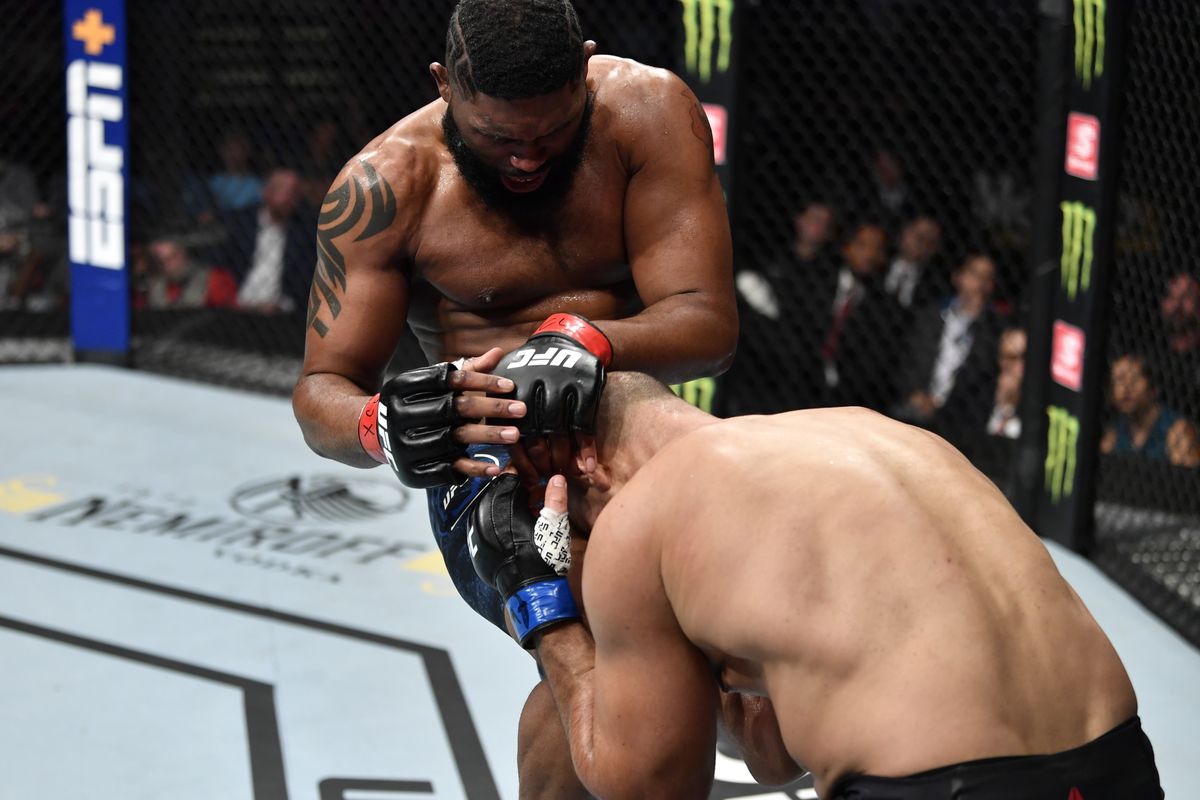 Only a handful of heavyweights can say they’ve knocked out former UFC champion Junior dos Santos on the feet, and Curtis Blaydes is now one of them.

He’s not letting it go to his head.

In the main event of UFC Raleigh on Saturday, Blaydes closed the show with a second-round TKO of dos Santos that was set up by a stinging right hand. “Cigano” didn’t leave Blaydes much choice, stopping every takedown attempt from the junior college wrestling champion.

That grappling stalemate eventually led to Blaydes finishing dos Santos with strikes, a result that Blaydes admitted at a post-fight scrum only came about out of necessity.

Blaydes said his striking coach was probably happier than him about the win, as he’d been prompted to show off his hands more in his fights. Ten of the 28-year-old’s 13 wins have come by way of KO/TKO, though typically Blaydes has put his opponents away after using his wrestling to plant them on their backsides.

Against dos Santos, he and his team figured out how to blend his skills together to get the win.

“Just using my wrestling to set up my hands,” Blaydes said. “Obviously, after that first round I went 0-for-8 with the shots, so we knew he was really committed to not letting me get him to the ground. We used those openings I created with the openings and the high-lows, and we capitalized with the overhand.”

Blaydes has now won three straight and dos Santos is the first former UFC champion he’s beaten. He also holds wins over former Strikeforce champion Alistair Overeem and longtime contender Mark Hunt, plus he is unbeaten in his career outside of a pair of losses to Francis Ngannou.

During his in-cage interview following his win, Blaydes said he would like a title shot, though he understands that he might be behind Daniel Cormier (coincidentally, the man who was handling his post-fight chat) in the line to face current champion Stipe Miocic.

Blaydes was unsure what was next for him and speculated he’d be willing to wait five-to-six months tops before booking another fight, championship bout or otherwise.