Dillian Whyte insists he should be the one fighting Joshua, not Pulev 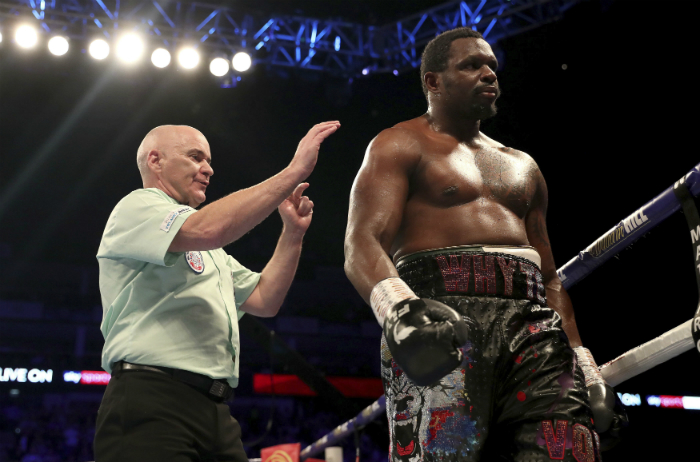 Britain’s heavyweight Dillian Whyte believes he should be the next fight for the unified world champion Anthony Joshua, not the IBF mandatory challenger Kubrat Pulev.

Whyte even said that the Bulgarian is too old for a fight like this, adding he’s “half-vegetable, half-man”.

Whyte has been vocal in the last few years that he wants a rematch with Joshua, but the fact of the matter is he denied that opportunity last year when Joshua was willing to fight him. Not only that, but Pulev’s team also made an offer to Whyte, but the Brit didn’t want to come to Bulgaria to face “The Cobra”. In the meantime, “The Body Snatcher” has faced some boxers that are definitely not top-tier fighters in the heavyweight division. He fought Derek Chisora twice, Oscar Rivas, Lucas Browne, Robert Helenius, Mariusz Wach, and Joseph Parker. They are good and solid boxers, but they are no Anthony Joshua nor Kubrat Pulev.

“Joshua says he wants to fight me; he just keeps talking. He should be fighting me and not Pulev,” said Dillian Whyte on Youtube. “That’s a dead fight. Pulev is the real cabbage. He’s the first half-vegetable, half-man.

“And he’s old now; he wasn’t even good when he was in his prime. He’s got a good jab, but that’s it. I was up for the fight with Pulev, but they wanted to do it in Bulgaria. “We offered to fight him here for $1.7 million, and then they turned the fight down. They then said I was scared. I was never scared. I just want to fight the best.