Dominick Reyes readily admits his last performance was not his best, but after being knocked out for the first time in his career, he now sees the result as a blessing in disguise.

After narrowly (and quite controversially) falling short in a bid to unseat then-light heavyweight champion Jon Jones in February 2020, Reyes then faced Jan Blachowicz for the vacant belt this past September. It proved one of Blachowicz’s finest performances, earning a second-round TKO to claim the title and hand Reyes his second consecutive defeat.

“Second loss, first time ever being beaten,” Reyes told reporters at Wednesday’s media day at the UFC Apex. “It was tough. It was a lot of soul searching, a lot of examining my camp, examining myself, examining my mindset. Yeah, it sucked, but it was a blessing in disguise because I was able to get back to what makes me, me. I was able to get excited again about fighting and enjoying the whole process of everything.”

Reyes admits he didn’t reach his current mental state immediately after the fight with Blachowicz.

“I realized how much toxicity is out there, and I let it seep into me, previously,” Reyes said. “It was just a learning lesson, you know? But then also, I did go dark. I went to that dark place and really examined myself and everything around me and really, really took a good look at things from a realistic point of view, and then I found the light, and now I’m back.”

Part of that rehabilitation involved just pulling himself away from social media, where he says he had previously engaged trolls and haters before realizing what a negative impact those interactions could have.

“It’s such a toxic environment,” Reyes said. “It’s so toxic, and I realized that, but I was reading all the comments and getting all involved and replying back to people and replying back to the trolls that were sending me messages. Dude, that’s so not good. That’s super bad for your mental health, especially in a sport like this, where mental health is 80 percent of the battle.”

“If you’re not mentally there, if you’re not 100 percent ready to go, then man, you’re facing a very uphill battle, and that’s what I dealt with last fight, and I’m very aware of all of it now. It was like a veil got pulled, and I got to see the other side for how it really is. I take everything for what it is”

In Prochazka, Reyes faces a man with just one octagon visit to his name. However, much of that was by design, with the 28-year-old Czech long delaying his arrival to the UFC in order to give himself time to improve while fighting on smaller circuits. 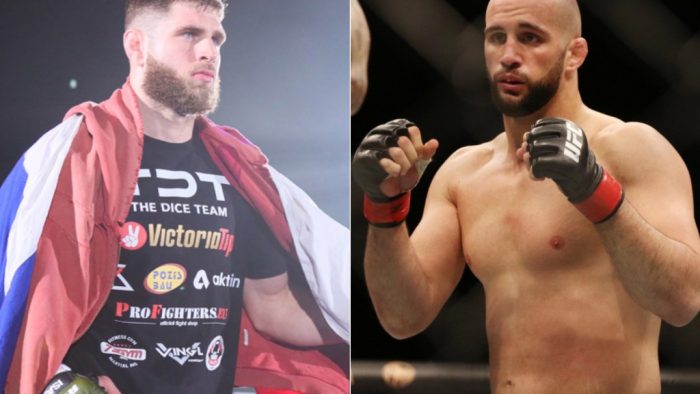 “He was smart not coming to the UFC earlier because his skills weren’t developed,” Reyes said. “I still think they’re not good enough to beat me, so we’ll see. We’re going to see.

“I’m excited about the opportunity. It’s one of those things where this guy has all the hype that I once had, and it’s an opportunity for me to get it all back.”

With a win, Reyes is very much back into the UFC light heavyweight title picture.

“This is a game of very, very small margins, and if one of those margins catches me, it’s not something that I’m going to dwell over,” Reyes said. “I busted my ass. I’m working my ass off. I’m doing everything I can to be successful, to win. Winning – I love winning. Who doesn’t love winning? There’s no other feeling on earth like winning in the octagon and getting your hand raised. Literally.

“I’ve been in so many other sports. I’ve done so many action sports and different things, and there’s nothing on earth like getting your hand raised in the octagon and defeating another man. It’s addicting, and I want to get back to that feeling.”