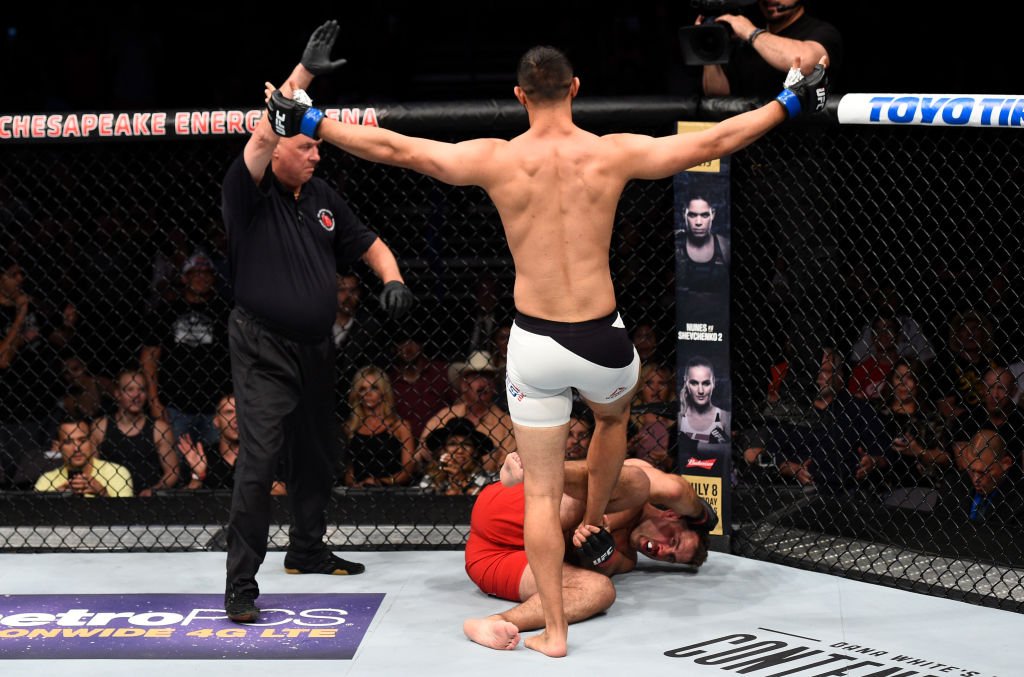 The undefeated light heavyweight Dominick Reyes needed less than two minutes to give Chris Weidman a very rude welcome to the 205-pound division as he demolished the former middleweight champion with a first round knockout. The end came at just 1:43 into the opening round.

“I was out there having fun. He came in and I put him down,” Reyes said while celebrating his 12th win overall and sixth in the UFC. “His loss is my gain and that’s how this business is but it’s all love.”

Knowing that he was facing a bigger opponent, Weidman turned to his grappling to try and negate Reyes’ size as the former Hofstra wrestler almost immediately shot inside looking for the takedown.

While he was able to get Reyes down during his initial push, Weidman couldn’t hold him there for very long as the former football player turned fighter forced his way back to the feet.

Once Reyes separated from Weidman’s grappling attacks, he knew he had the space to unload his powerful strikes and it only took one to precipitate the end for the New York native.

As Weidman came forward, Reyes stepped back and delivered a straight left hand like a nail driver that blasted the first time light heavyweight and sent him crashing to the canvas. Reyes followed him to the ground and delivered two more hammer fists that saw Weidman go limp, which forced referee Herb Dean to rush into save him from any further damage.

With the win, Reyes made a strong statement to the rest of the division but there’s only one person he hoped was paying attention.

With a six-fight win streak in the UFC and an undefeated resume overall, Reyes certainly seems to have done enough to earn that shot at Jones, who doesn’t have an opponent right now after earning a split decision victory over Thiago Santos in his last title defense.

Meanwhile, Weidman appears to be at a crossroads in his career after falling to 1-5 in his past six fights with all five losses coming by way of knockout. Despite the setback, Weidman seemed resilient to get back to work in the near future.

“It’s the game we play,” Weidman said after the fight. “I’ll be back better.”