Donaire is a champion once again! 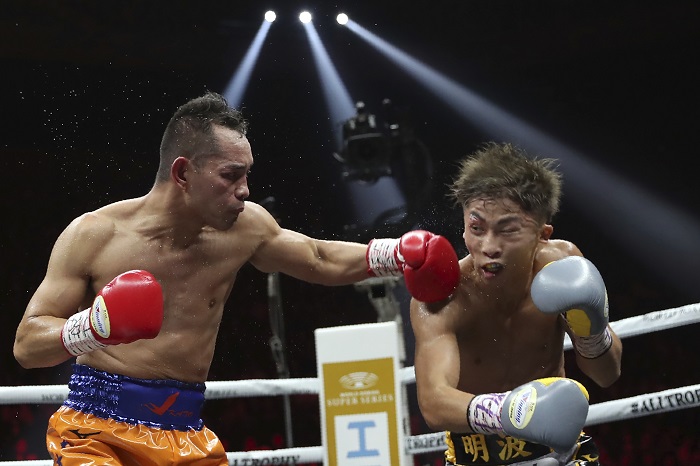 Nonito Donaire is champion once again. Fourteen years after winning his first world title, the “Filipino Flash” cemented his Hall of Fame credentials with a sensational fourth-round KO triumph over Nordine Oubaali to capture the WBC World Bantamweight title.

“The king has returned,” Donaire beamed afterward. “I love the crowds. All my friends, family, all the boxing fans that came out, thank you so much. You guys are wonderful.”

Nonito Donaire straight up destroyed this man (via @ShowtimeBoxing) pic.twitter.com/xpcgZhfDVp

The 38-year-old Donaire (41-6, 27 KOs) is now the oldest world champion ever at 118-pounds. He accomplished it with the left hand that has been his career calling card as he dropped Oubaali (17-1, 12 KOs) three times in total.

“Being at this age is not the question. It’s about my performance,” said Donaire. “About my ability to grow. I believe it matters not what your age is but how mentally strong you are.

“What I learned from the [Naoya] Inoue fight is that I’m back. I can still compete at this level. The whole time I was not fighting. I was learning. I’m ready for the next one.”

NONITO DONAIRE…
YOU CAN DO IT AND YOU DID IT!!! Congratulations on your 9th WORLD CHAMPIONSHIP BELT!! pic.twitter.com/Ln1nulXlD8

Following a feel-out first round, Donaire went to work in the second, walking Oubaali down and countering with thudding effect. Donaire scored the first knockdown early in the third, dropping Oubaali with his trademark counter left hook.

The Frenchman rose on unsteady legs, and Donaire pounced, landing more big shots until another left hook floored Oubaali just a split second before the round ended. Again, Oubaali struggled to his feet, dazed yet willing to fight on.

The end came swiftly in the fourth. Donaire expertly maneuvered Oubaali around the ring, pinning him against the ropes where a left uppercut sent Oubaali crumpling to the canvas for a third and final time. Referee Jack Reiss immediately called it off.

The official time of the stoppage was 1:52 of the fourth round.

“Three decades of being world champion. Nine-time world champion. That’s amazing,” said Donaire. “I came in here, and I felt really good. Today I knew exactly what was going to happen.

“I knew exactly what I was going to do. I think I was just very focused in the gym. But I was very, very focused. I just felt really good coming in, and I was grateful to get this opportunity.

“Tonight was something that I had to prove to the world that I’m back and I’m stronger than ever. He was a very tough guy. I think ultimately, for me, there was a level of should I be more patient? Or should I go for it?

“Something I learned in the Inoue fight was to go for the kill. And that’s exactly what I did. I was patient, but I knew he was hurt enough that I could take him out.”