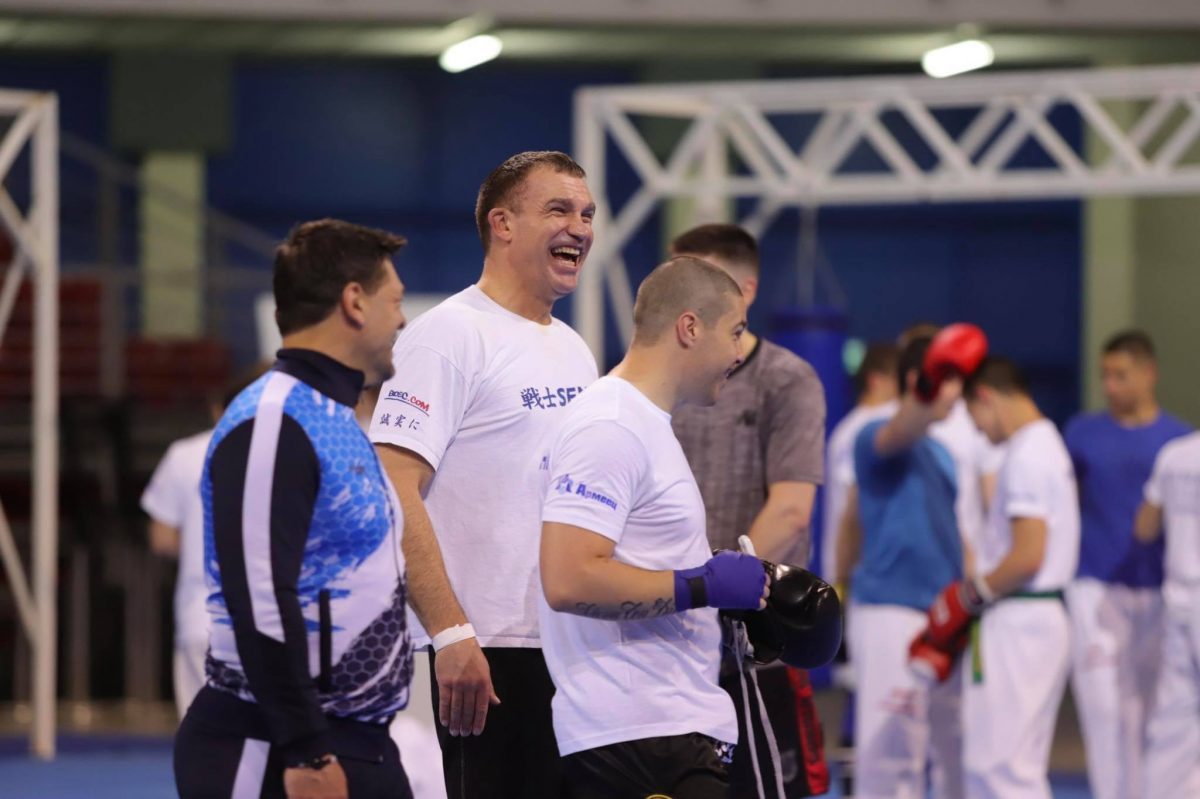 A lot of smiles and emotions marked the first training session of the ongoing International camp of the KWU International Profesional League in Sofia.

The fourth master class of 2021 is taking place in “Arena Armeec” in Bulgaria’s capital city. The event ends Sunday. 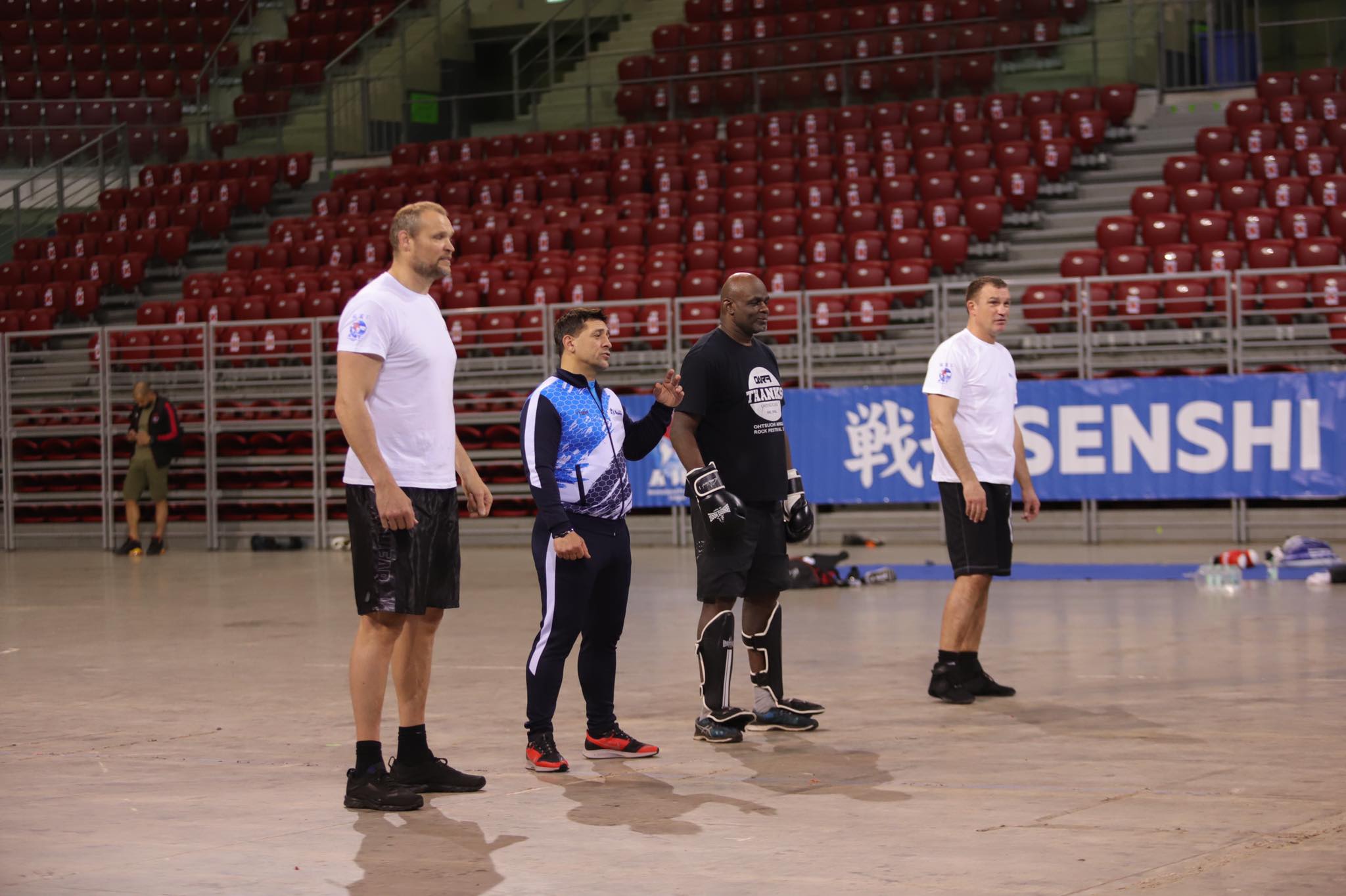 The camp will produce a total of 7 training sessions throughout the next three days. The classes will be conducted under the hawkeyes of Netherlands’ kickboxing legends – Peter Aerts, Ernesto Hoost and Semmy Schilt. Russia’s Shihan Alexandr Pichkunov will also take part in the sessions.

The opening training session set the tone with a MAJOR BANG! 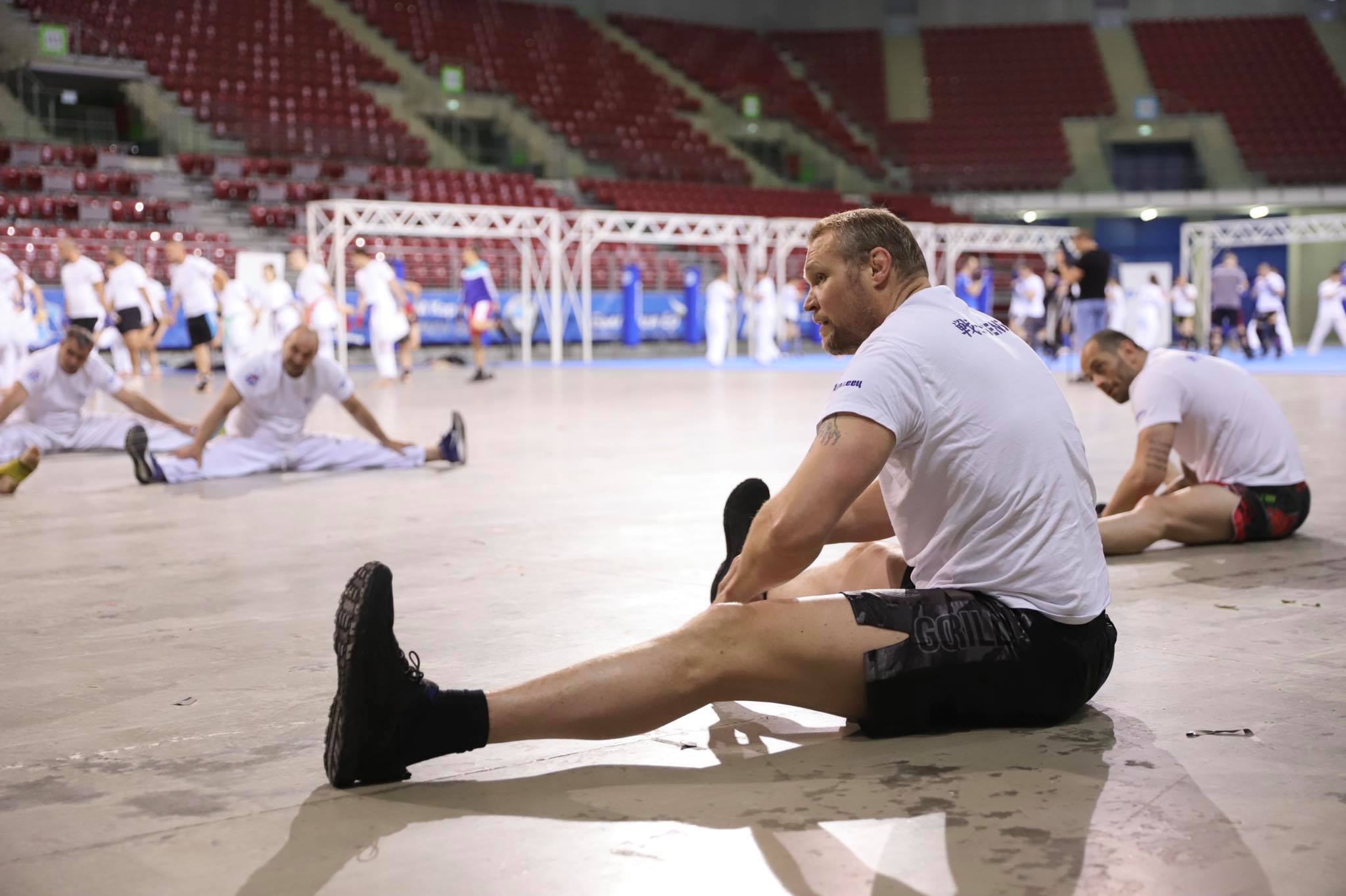 The participants were divided into three groups. Semmy Schilt took over the instructors, all of them black belts. “Hightower” split the group into smaller groups and appointed a leader for each one of them.

“You must make every newcomer feel like they are at home and explain to them all the basics”, Shilt said.

“They don’t know why we say “OSU” and etc. As instructors, you have to know how to perform different types of exercises. You need to have a vision. You have to motivate them to learn the basics and all the little details.

“Explain to them why we do this and that, no matter how insignificant it may seem. We’re all equal here, we’re all instructors. If you want to see progress, you have to be fair and critical amongst yourselves”, he added.

Schilt was accompanied by one of the finest Bulgarian fighters Deyan Topalski. 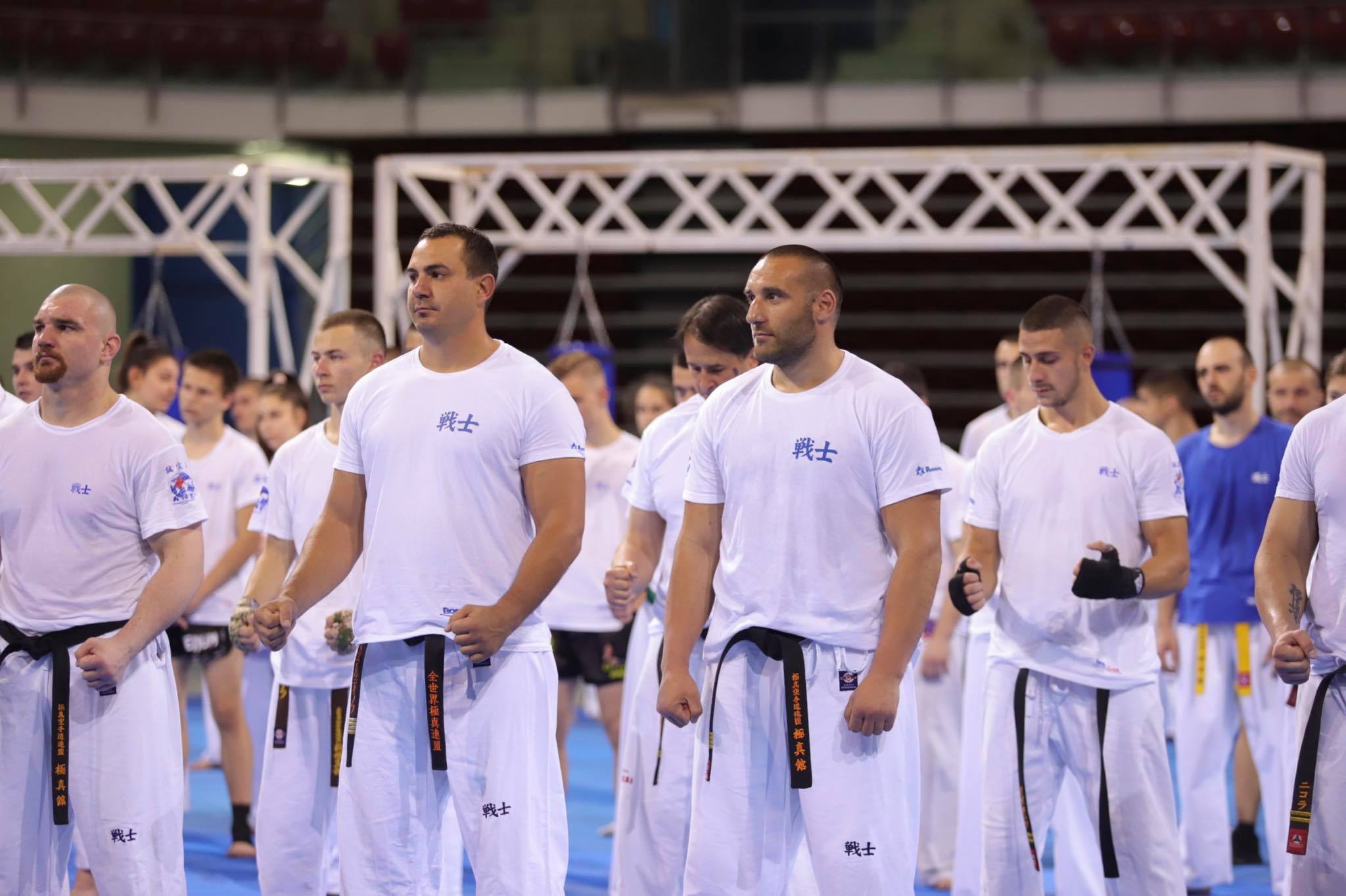 The four-time K-1 Grand Prix winner underlined the importance of explosiveness in the drills.

“Is there any 40-year-old among you? Or 35-year-old fighters? Well, I’m 55. I’m an elder now. If I can perform the combo with such speed, you should be able to do it twice as faster”, Hoost said to the fighters in front of him.

Peter Aerts was guiding the professional fighters. “The Dutch Lumberjack” was assisted by his son Marciano, as they both demonstrated some elite defensive techniques and skills. 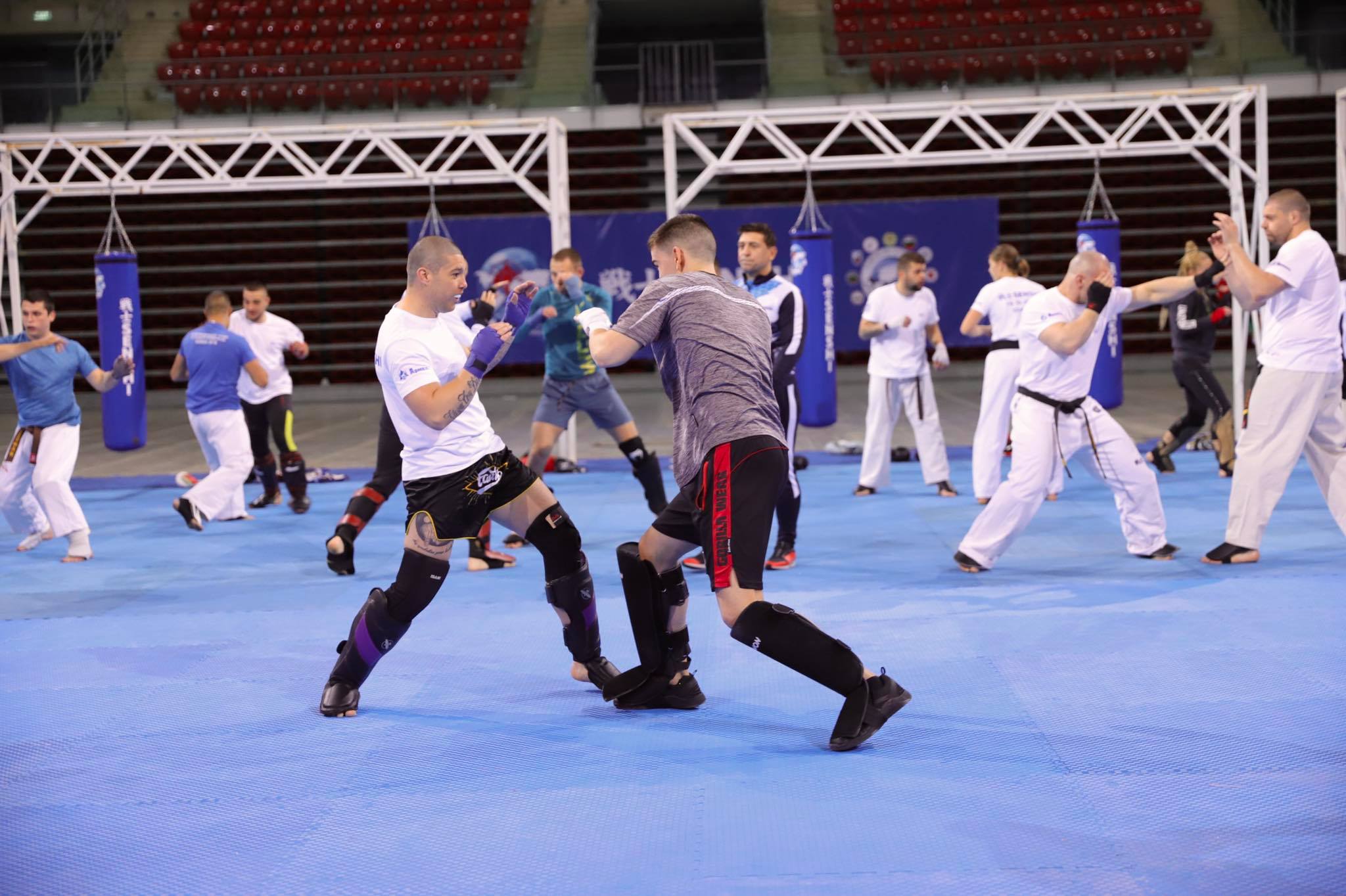 The third group was fired up and nobody was slacking. At the end of the session, the three K-1 legends vaunted the participants for the progress.