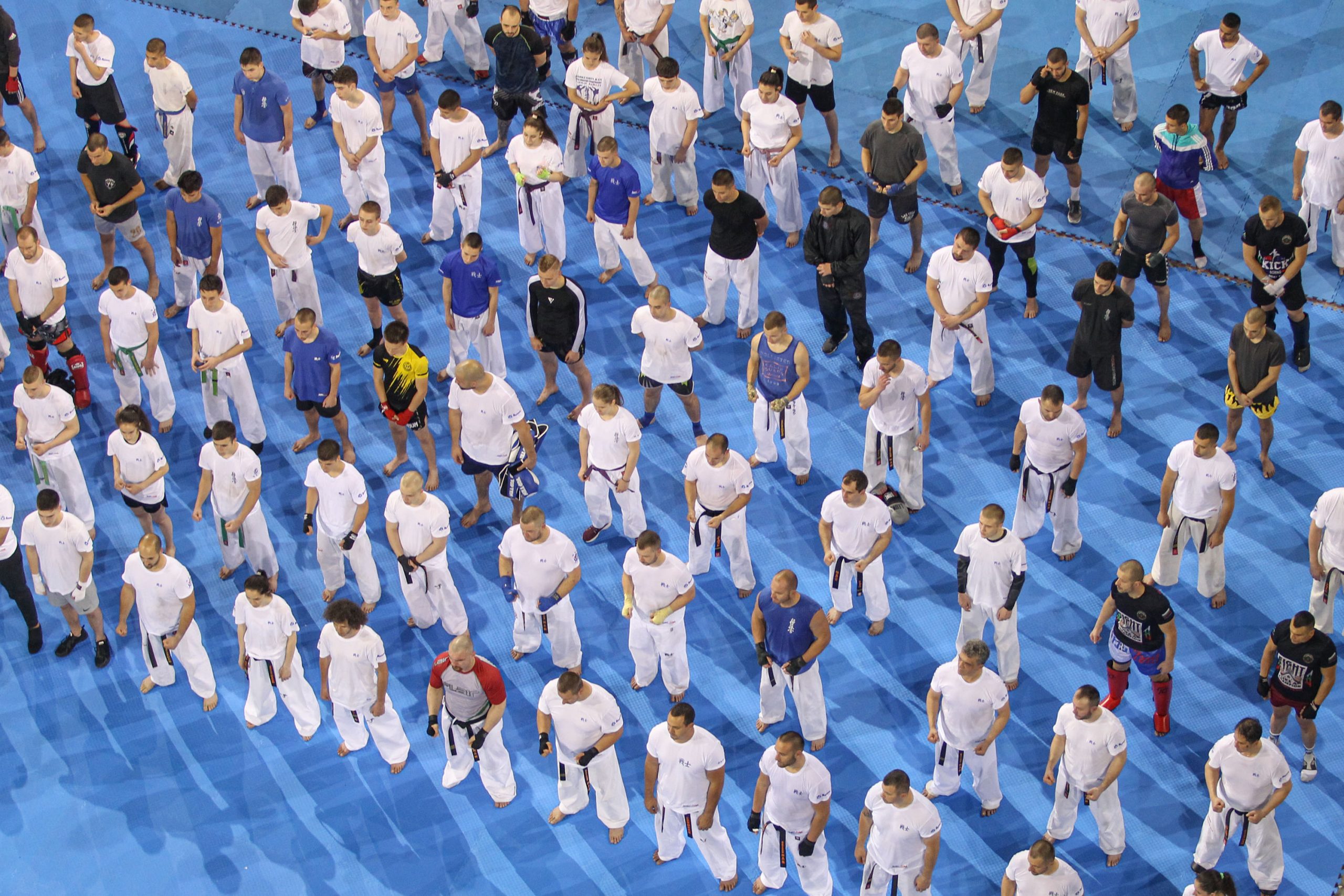 Over 200 fighters and instructors took part in the afternoon session of the second day of the KWU International Professional League camp in Sofia. This was the fourth session of the camp in “Armeec Arena” in Sofia.

The instructors Semmy Schilt, Peter Aerts, Ernesto Hoost and Shihan Aleksandr Pichkunov were really impressed with the dedication of the fighters and their passion for learning new techniques.

The Spanish fighter Pedro Grinho, who will be participating in SENSHI 8, showed his admiration of the K-1 legends and asked for autographs from all of them. 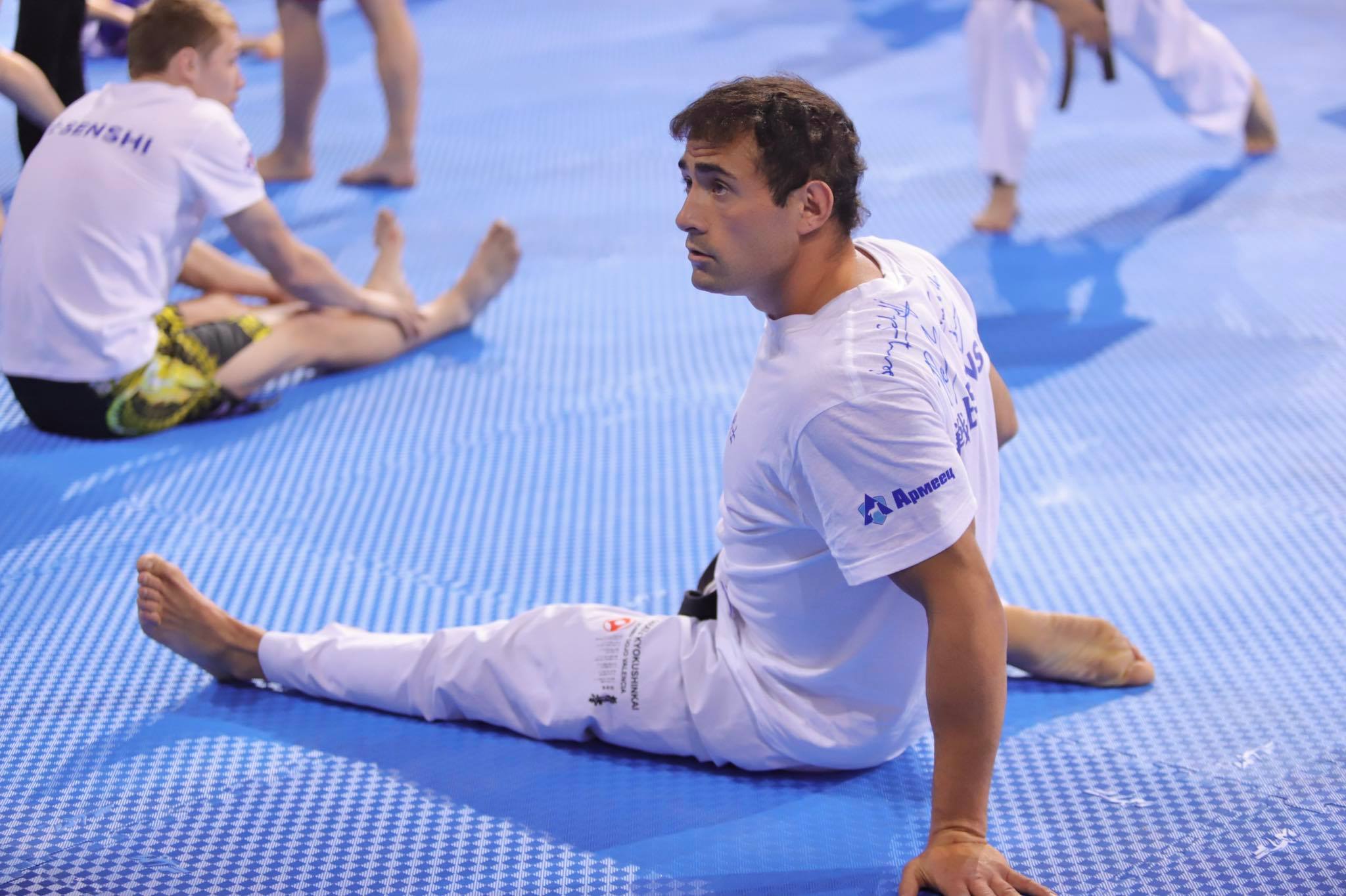 The chairman of KWU and National Combat Sports Association Shihan Ivo Kamenov put the spotlight on the professional fighters and gave them valuable advice.

“Each and every one of you has to correct his posture, so you could be the most effective in defense. Defending leg kicks is essential, because every fight starts and finishes with them. If you conceive 5-6 low kicks in the first round you`re lost”, said Kamenov.

Shihan Kamenov showed an interesting drill for defence. He paired up the fighters and made each and every one of them to defend himself to defend for 2 minutes.

Ernesto Hoost also emphasised on counter-attacking. He capped of the session with a light sparring.

“Defend low kicks with your legs. Learn how to fight with non-stop movement, don`t be static. Use a variety of combinations, otherwiese you become predictable and beatable”

Shihan Kamenov also emphasised on the finishing punches and kicks: 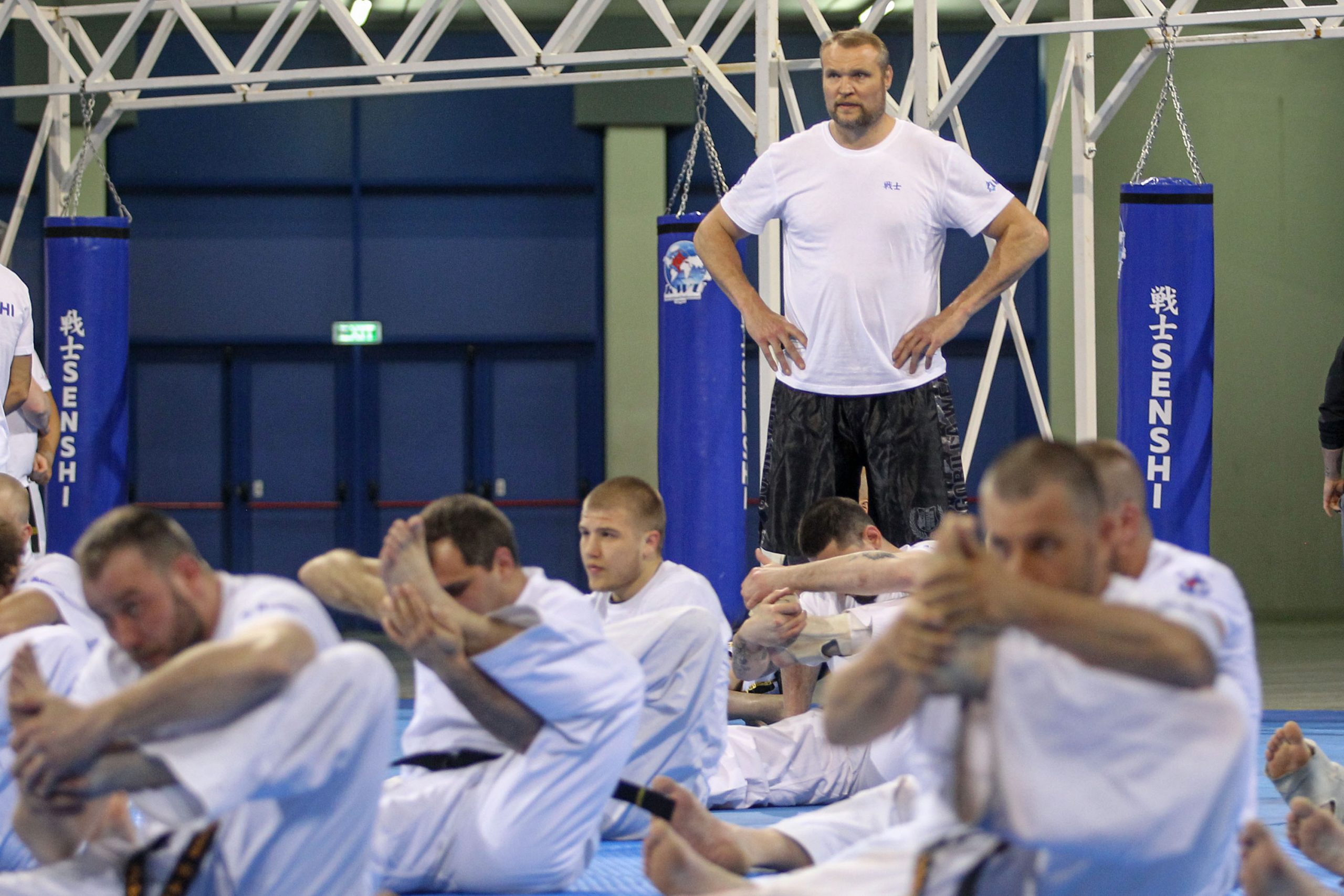 All participants gathered at the end of the practice and did a group photo. 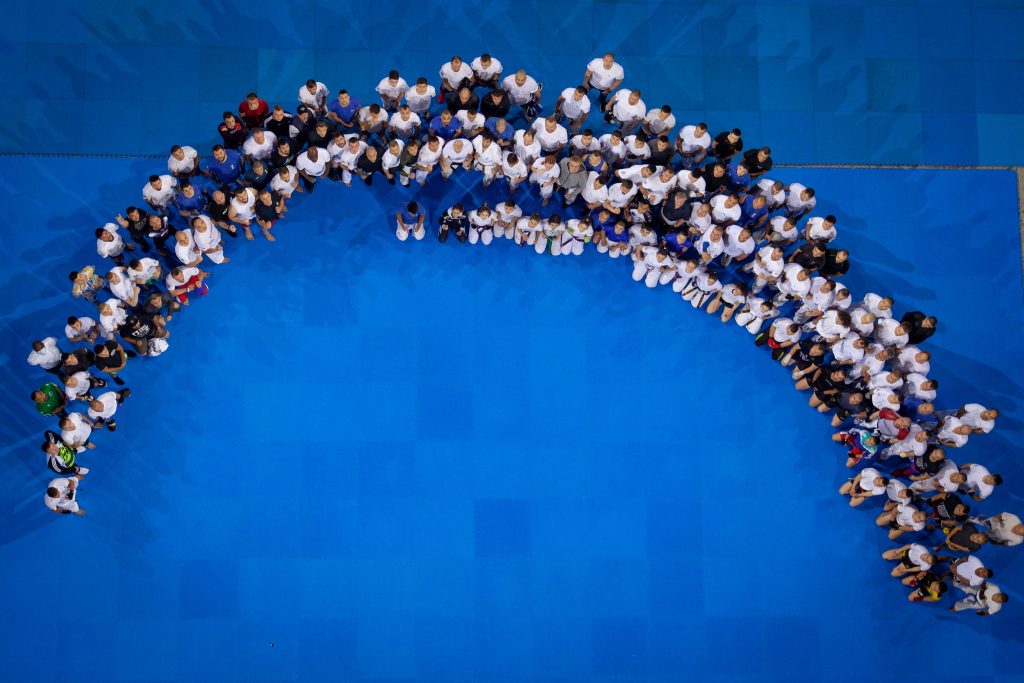