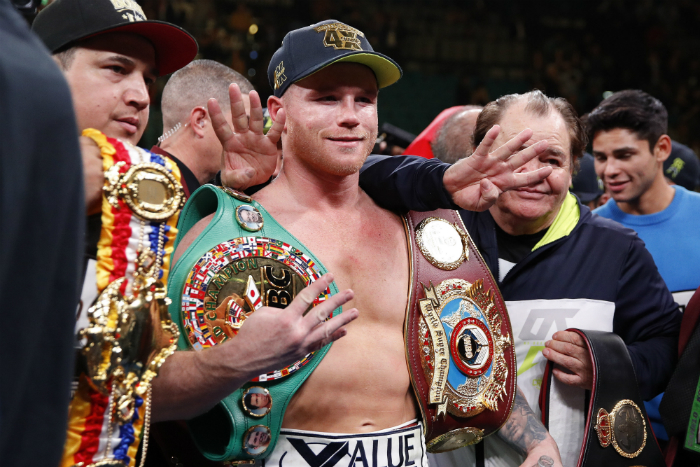 The biggest star in American boxing will set a significant record Saturday night at AT&T Stadium.

Promoter Eddie Hearn revealed during a press conference Thursday that ticket sales for the Canelo Alvarez-Billy Joe Saunders card have surpassed the United States’ indoor attendance record for boxing. That record has stood for 42 years, since a crowd of 63,352 attended the heavyweight championship rematch between Muhammad Ali and Leon Spinks in September 1978 at The Superdome in New Orleans.

The figure established by the Ali-Spinks rematch reportedly is based on tickets sold. The Texas Combative Sports Program, which regulates boxing in this state, will release its official ticket report a few weeks after the Alvarez-Saunders card.

Hearn stated Thursday that he expects the crowd Saturday night to reach 70,000, which would be the biggest crowd for a single sporting event in the U.S. since the COVID-19 pandemic began in March 2020.

“My goodness, is it a big event, one of the biggest events I’ve ever been involved with,” Hearn said. “Of course, this morning we officially broke the record of the biggest indoor crowd in U.S. boxing history, beating [the] Ali against Spinks rematch in 1978. We went past that today. We will have 70,000 people in the AT&T Stadium. And this is such a great fight. This is such a great event for boxing, the largest crowd in the U.S. since the pandemic. And what a great statement for boxing, to show that when you put great fights on, we get it right, we hit the numbers. And Saturday’s gonna be an atmosphere that we will never, ever forget.”

Ticket sales were restricted to those two events due to COVID-19.

There was no limit on ticket sales for the Alvarez-Saunders card. AT&T Stadium can accommodate more than 100,000 fans for boxing, including standing-room-only admission.

“I feel really thankful with the response of the people,” Alvarez said, “and that boxing is the sport that brings everything back to normal. And I’m ready for this fight.”

An announced crowd of 51,240 attended Alvarez’s only other appearance at the home stadium of the Dallas Cowboys, a ninth-round knockout of England’s Liam Smith in September 2016. Paid attendance for the Alvarez-Liam Smith show was 46,115.

An announced crowd of 120,557 attended the heavyweight championship bout between Jack Dempsey and Gene Tunney at Philadelphia’s Sesquicentennial Stadium in September 1926. A larger crowd assembled for the Tony Zale-Billy Pryor middleweight fight in August 1941, but admission to that card at Juneau Park in Milwaukee was free for the 135,132 that attended.