How to make your own grappling dummy 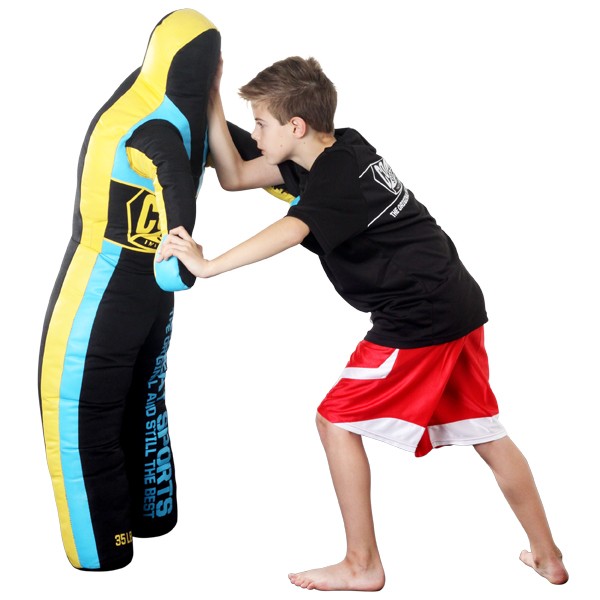 The BJJ community is itching to get back on to the mats to roll and practice some drills, but unless you have garage mats or/and a grappling dummy, it can be difficult to try and practice BJJ at home. There are numerous things you can do at home for BJJ, but those without family members training will need a dummy to practice on – so why not make your own?

How to Make It
If you were thinking of purchasing a dummy to practice some BJJ on, stop right now. You can make your own at home! Rener Gracie has published a video on Instagram detailing through every single step towards making your own gi dummy at home. In order to be able to make a gi dummy, you will need – a gi top, 2 towels, a pillow, a zip-up hoodie and a teddy bear/ if not a teddy bear then another pillow, and a belt to tie it all together. The arms are the most important part so make sure they’re nice and thick.

Start by opening up the gi, placing the (open) hoodie over the top. Roll the towels, and stuff them in to the arms of the hoodie. Then insert the pillow and teddy bear in the middle of the hoodie, zip the hoodie up and then pop your teddy bear/ pillow/towel dummy inside of the gi and tie the belt and… voila!

Benefits Of A Grappling Dummy
Having a dummy comes with many benefits as you can practice your arm bar and triangle techniques, transitions, many more moves and can essentially train from home. The price of practice dummy’s can vary, however why buy one when you can literally make one at home that’s just as good? They can be incredibly overpriced for what they are. Granted, you don’t have the legs – but this dummy is a great way to learn more upper body submissions and transitions.

“With a lot of athletes and companies releasing things for free, it’s a great time to have a buddy to rep some of the things available online.”

John Danaher, Renzo Gracie, Bernardo Faria and Tom Deblass are amongst the famous athletes that have released free instructionals to help practice at home with.

According to Mixed Martial Arts Zone, a dummy helps to amplify your combat skills, “The dummy assists you in practicing armbars, arm triangles, sweeps, triangle chokes, omoplatas, leg locks and many other moves. Practicing these on a regular basis assists you in mastering these techniques and professionally executing them.”

He claims his attention span drops off after using his dummy for a week, however when it’s a homemade (FREE) dummy and you’ve got to stay at home – what do you have to lose? Get your towels and pillows out and get practicing some omoplata’s or arm bars. After all, you’ve probably got nothing else better to be doing!