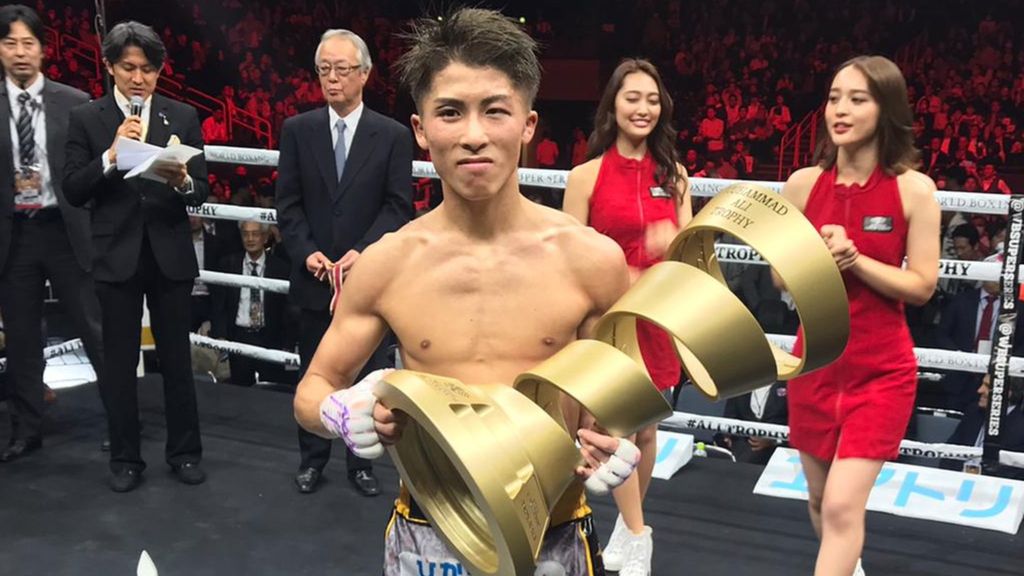 For 18 fights and through three weight classes, Naoya Inoue pretty much had his way in pro boxing rings. Today against the great veteran Nonito Donaire, he faced significant resistance, but still came out on top, winning a Fight of the Year contender by unanimous decision in Saitama, Japan.

Inoue looked clearly faster throughout the fight, but Donaire (40-6, 26 KO) was dangerous, and not just from his vaunted left hook. The 36-year-old Filipino showcased a lot of veteran savvy to make this fight a tough one, and showed no fear whatsoever of Inoue from the opening bell. Nonito simply was not intimidated.

In the second round, Donaire did land that money punch, his left hook, a short shot that Inoue clearly felt and caused him to rethink his strategy a bit. It also cut Inoue near the right eye, which got worse over the fight but was mostly handled very well by Inoue’s corner.

Inoue came back hurt Donaire late in the fifth round, only for the future Hall of Famer to survive that round and get his own rally as the fight wore on, building nice momentum in the seventh through ninth rounds.

Donaire hurt Inoue in the ninth on a right hand, which was Donaire’s best and most consistently effective punch in this fight, a rarity for him.

The 11th round is where the fight when from great to perhaps an instant classic, as Inoue finally landed one of his trademark vicious body punches, putting Donaire on the retreat until eventually he had to take a knee. The veteran barely beat the referee’s 10 count, but it looked as though he’d be finished, as Inoue is a hell of a closer.

Inoue did go for the finish, but Donaire cracked him with a left hook that stopped Inoue in his tracks and forced him to back off somewhat. Inoue then went back to the body, and when the bell sounded to end the round, it was clear we had a Round of the Year contender on our hands.

The 12th round was Inoue’s, too, as he didn’t allow Donaire a chance for a serious argument to have won the fight.

Inoue may take some criticism for not blowing Donaire out as many expected, but I think you have to credit Donaire, first of all, for showing an excellent chin and a lot of ring smarts in this fight, and also Inoue for showing he doesn’t have to blow people out to beat them. He can be tested and has the boxing skills to adjust and adapt. He’s not simply a slugger with no Plan B.

“Donaire is a very, very strong opponent,” Inoue said after the fight. “I had double vision starting in the second round. But I’m very proud of myself and I believe I have a bright future.”

Asked about Donaire recovering from the knockdown in the 11th round, Inoue said, “Donaire was a true champion. He’s very strong. I was victorious, but I’m not the greatest of all time yet. I have to get stronger. I will keep fighting, and I want to be the strongest of all time.”

It’ll be interesting to see what’s next for Inoue. Earlier on the show, WBC titleholder Nordine Oubaali retained his belt with a decision win over Naoya’s brother, Takuma, and that could set up a big unification fight in Japan, with a built-in story.