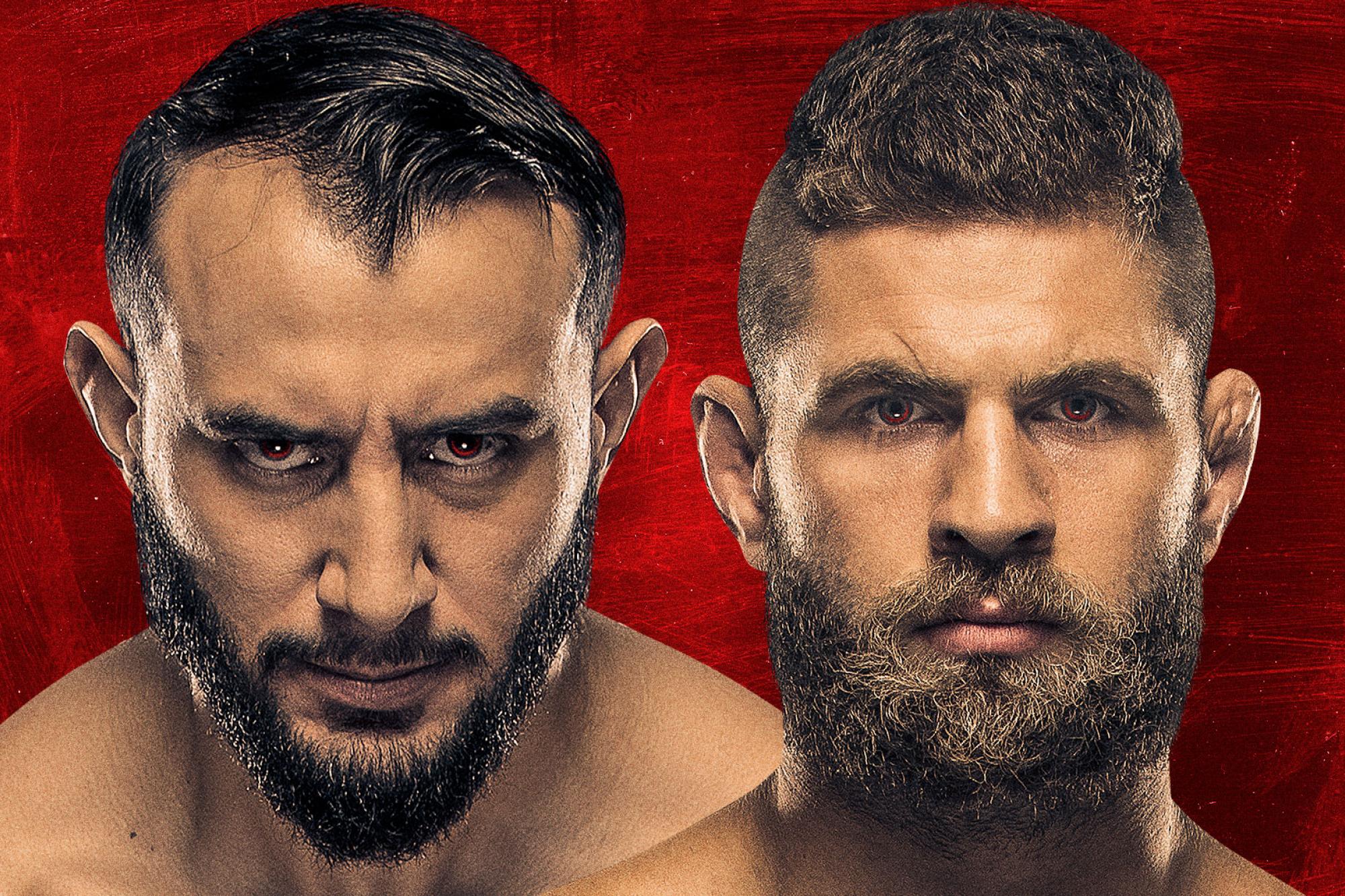 Two fights into his UFC career and Jiri Prochazka might have already earned a title shot as well as a reputation as one of the most exciting athletes on the entire roster.

In the UFC Vegas 25 main event on Saturday night, Prochazka went to war with former title challenger Dominick Reyes as the light heavyweights brought he best out of each other for nearly two rounds. After slugging it out on the feet in a non-stop action fight, Prochazka threw an elbow strike over the top and then came back with a spinning back elbow that absolutely demolished Reyes and sent him face first to the canvas.

Reyes was down for several moments before finally sitting up again where he was greeted by Prochazka, who was quick to check on his well being after the brutal knockout.

The end of the fight came at 4:29 into the second round.
“It was a very nice fight,” Prochazka said after the win. “I just want to show the beauty of the art but sometimes I go very quickly for the win. By that, I catch some punches. I’m learning still from fight to fight.

“I just flow. After some counter punches from Dominick, I can have no chance to think for some plans. I just was in the flow. After that, the spinning elbow, let’s try it.”

Looking to establish his own striking, Reyes started the fight by tossing out a couple of hard body kicks and then came back up top with a series of stiff punches that had Prochazka’s head snapping back. Reyes threw with power behind his left hand that caught Prochazka several times but the Czech fighter was happy to eat a punch in order to fire back with a few of his own.

Always unorthodox on the feet, Prochazka was throwing shots from every angle and then pursuing Reyes across the octagon. While Prochazka was definitely doing damage as shown on Reyes’ face, the former two-time title challenger was still returning fire with plenty of pop behind his punches

As the second round got started, Reyes’ face was a bloody mess but he was actually putting together better combinations and finding his target with regularity. Despite the comeback attempt from Reyes, Prochazka just kept moving forward, firing away with punches to the face and kicks to the body as he continued to add to his total strikes landed.

Again and again, Reyes looked wobbled on the feet but he refused to actually show any sign of weakness as he just threw everything left in his arsenal. At one point, Reyes actually rattled Prochazka with a counter punch and it appeared that perhaps he might be able to get the finish.

Unfortunately for him, Prochazka quickly recovered as the fighters continued throwing bombs at each other.

Well that was until Prochazka threw the first elbow followed by the spinning back elbow that separated Reyes from consciousness immediately as he fell face first to the canvas.

Now 2-0 in the UFC while landing just the third spinning back elbow knockout in the history of the promotion, Prochazka has positioned himself as a potential title contender in his next fight.

“Yeah, I’m ready. Let’s do that,” Prochazka said about the title fight. “I like my neighbor [Jan] Blachowicz. Now it’s the fight Glover Teixeira vs. Blachowicz, yeah? So winner will be my next opponent? Ok that’s an honor for me. That’s a big honor for me.”