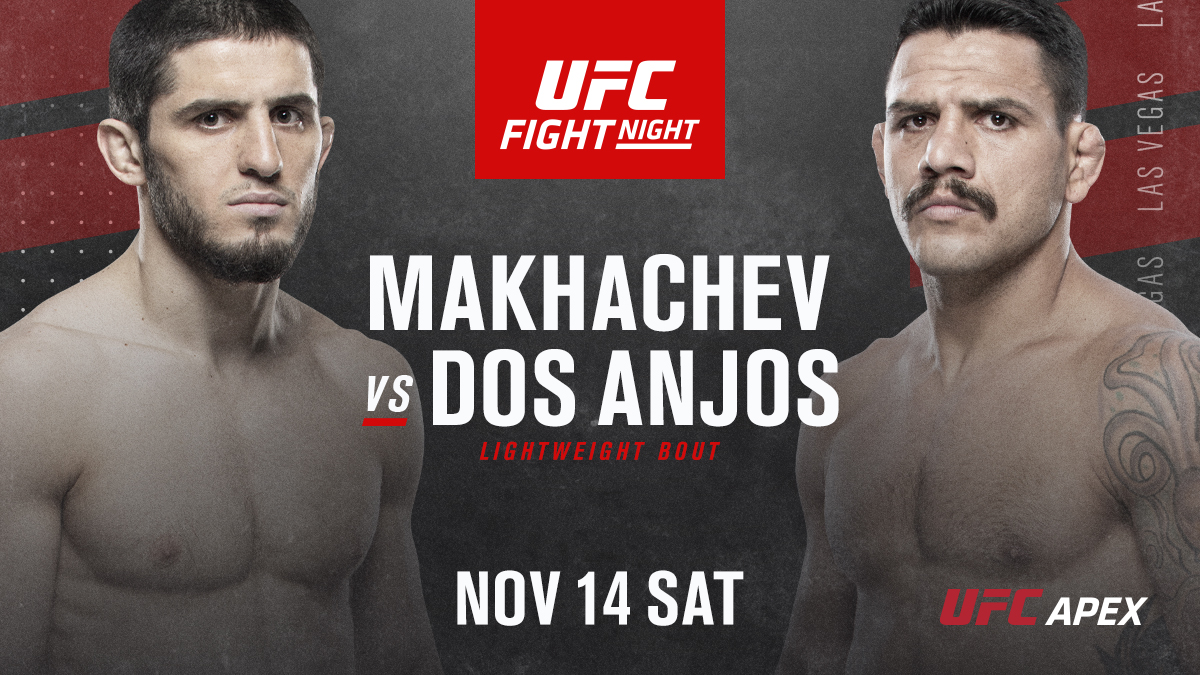 With Khabib Nurmagomedov now officially officially retired (they even pulled him from the rankings), the UFC’s lightweight division is finally moving forward. That’s good news for Nurmagomedov’s own hand-picked successor, Islam Makhachev, who ostensibly should have a clearer path to the title. However, in practice, that might not be the case.

Following his win over Drew Dober earlier this month, Makhachev called for a fight with longtime Nurmagomedov rival Tony Ferguson, but Ferguson instead was scheduled to face Beneil Dariush. With that fight off the table, Makhachev has now turned his attention to a man he was previously scheduled to face, former champion Rafael dos Anjos, but now RDA seems to have cooled on the idea, telling Makhachev he’d accept a fight with him if after he won he got a rematch with Khabib. For Makhachev, he’s not sure what caused this change of tune.

“I don’t know why his opinion changed so quickly,” Makhachev told reporters after an Eagle Fighting Championship event (video and translation from RT Sport). “He won a fight and started acting differently. He was quiet when we had a fight scheduled. He got taken off the card and I asked for a replacement but the UFC said they’d give me a five-round main event then I quietly got on a plane to the U.S. without my team because I wanted that fight then I got sick and he had a fight and after that he started talking differently.”

Makhachev and dos Anjos were originally scheduled to fight at UFC 254, the same event Khabib retired after, but dos Anjos tested positive for COVID-19 and was removed from the event. Instead, the UFC rescheduled the fight as the main event of a Fight Night one month later, but Makhachev was forced out of the fight with a staph infection. Instead, dos Anjos faced Paul Felder on short notice and won a unanimous decision. Now, both men find themselves in the same boat, wanting to move up the rankings but without a lot of options available to them.

Third-ranked Charles Oliveira will face fourth-ranked Michael Chandler to crown the new lightweight champion later this year; top-ranked Dustin Poirier is seemingly locked into a trilogy fight with sixth-ranked Conor McGregor sometime this summer; and fifth-ranked Tony Ferguson is set to face ninth-ranked Beneil Dariush in May. Given all that, and the state of the rest of the division, Makhachev believes rebooking a fight with dos Anjos is the logical endpoint.

“I don’t know what’s going on with the UFC matchmaking but I think that’s what will end up happening,” Makhachev said. “Most of the top-10 fighters are busy but I’m 90 percent sure they’ll give me a top-10 guy…

“We know that Felder doesn’t want to fight often. He has other things going on with the UFC and isn’t eager to fight anymore. As far as Hooker, I saw that he recently came home. He was quarantined for a long time so I don’t think he’ll want to come back soon. He’ll probably want to rest after getting knocked out, so I think they’ll give me dos Anjos.”

The only other party not accounted for in the lightweight top-10 is former interim champion Justin Gaethje. Gaethje is currently the second-ranked lightweight but has found himself on the outside looking in of the title conversation. Gaethje will need at least one win to get himself back to a title shot and with how occupied everyone else is, perhaps Makhachev could make a huge jump up the rankings. He’d certainly be open to it if Gaethje was.

“Yes, it’s possible. Justin and I know each other but it’s not like we’re friends,” Makhachev said. “It’s possible. He’s free right now. Why not? I’d love to fight him.”

Makhachev is currently 19-1 in MMA and riding a seven-fight win streak in the UFC.