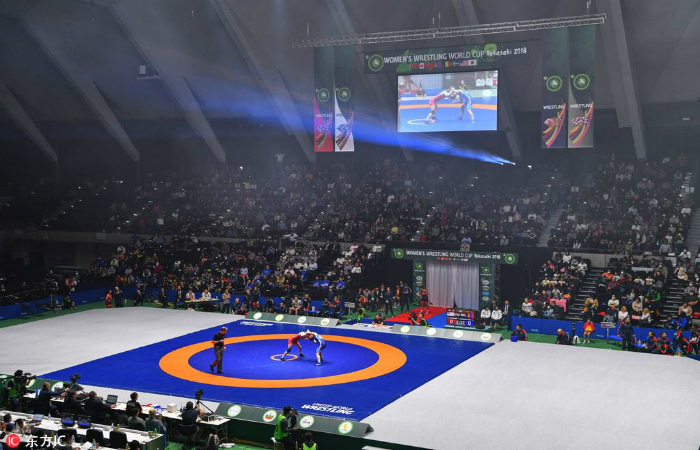 Two-time world champion Yui SUSAKI heads a contingent of 10 Japanese who will aim to earn tickets to the Tokyo Olympics at next month’s Asian Qualifying tournament in Kazakhstan, the Japan Wrestling Federation announced on Thursday.

The federation also announced the squad to be dispatched to the Asian Championships that will follow the Olympic qualifier at the same venue in the Kazakh capital of Almaty. Among those entries are seven wrestlers who have already qualified for the Tokyo Games, four of whom are also defending Asian champions.

The Olympic qualifying tournament will be held April 9-11, with competition in the six Olympic weight classes in each style. That will be followed by the Asian Championships, to run April 13-18 in all 10 weight classes.

It will mark the first time Japan has sent a team overseas since last year’s Asian Championships in New Delhi in February 2020.

For the Tokyo Olympics, Japan has already qualified at freestyle 65kg and 74kg, Greco-Roman 60kg and women 53kg, 57kg, 62kg, 68kg and 76kg, based on results from the 2019 World Championships. The top two finishers at the continental qualifier will earn Olympic berths for their country.

Susaki will be looking to earn her first Olympic spot at women’s 50kg. She and the others earned the right by winning titles at the 2019 national championships. Even when the Tokyo Games were postponed a year, they were allowed to keep their places.

Also hoping to qualify for Tokyo will be 2016 Rio Olympic silver medalist Rei HIGUCHI at freestyle 57kg and Sosuke TAKATANI, who will be aiming to make his third Olympics and first at freestyle 86kg.

The team for the Asian Championships consists mainly of the champions at the most recent national championships held in December 2020. In cases where the champion opted out or was unavailable, the runner-up or a third-place finisher filled the spot.

he wrestlers who have already qualified for the Tokyo Olympics and are entered for the Asian Championships are brothers Takuto and Keisuke OTOGURO at freestyle 65kg and 74kg, respectively, and the female quintet of Mayu MUKAIDA (53kg), Risako KAWAI (57kg), Yukako KAWAI (62kg), Sara DOSHO (68kg) and Hiroe MINAGAWA (76g).

Kenichiro FUMITA, Japan’s lone current Olympic qualifier in Greco-Roman, has opted to skip the tournament and the chance to defend his 2020 Asian title at 60kg. He earned his Olympic ticket by winning the 2019 world title.

Takuto Otoguro, the Kawai sisters and Minagawa are the reigning Asian champions in their weight classes. Mukaida will be looking to improve on her silver medal from 2020.

At the 2020 tournament in New Delhi, Japan took home seven medals in freestyle, but with the exception of Otoguro, none of the other medalists earned a return trip this year. Also missing out are two women’s champions from 2020, Miho IGARASHI and Naomi RUIKE.

Here are the squads: