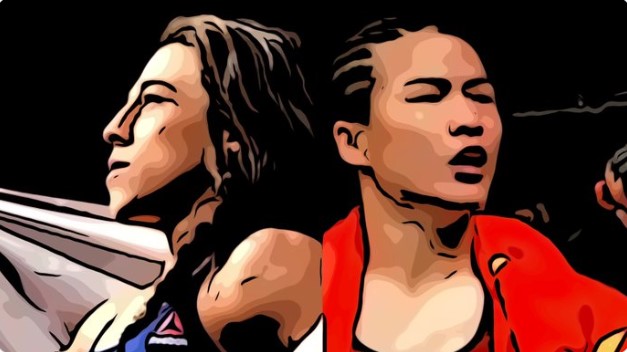 Mike Brown  knew he was watching a compelling contest of wills between his fighter Joanna Jedrzejczyk and strawweight champion Zhang Weili at UFC 248. But the only thing on his mind during the fight was trying to secure the win.

Unfortunately, after five hard-fought rounds in a fight hailed as one of the greatest in the history of the sport, Jedrzejczyk still came up short in a split decision loss to Zhang.

“It was a tough pill to swallow at the end,” Brown told MMA Fighting on Monday. “All the hard work and coming so close, but in the end, falling just short.”

The back-and-forth war ended with Jedrzejczyk and Zhang pummeling each other with nearly 400 combined strikes over 25 minutes. The championship battle was universally praised by fans, media and fighters alike. Brown’s primary concern wasn’t earning “Fight of the Night” honors, but rather making sure Jedrzejczyk left with the strawweight title around her waist.

“It’s so hard to feel and understand how good it is when you’re involved in it,” Brown said. “Kind of like as a fighter, too, you’re just reacting. You’re just doing your best to see where you’re at and think what’s next and what’s the score. So it’s hard to get a grasp of how exciting it was.

“Obviously, I knew it was an exciting fight, but I didn’t look at it that way. I’m just trying to figure out what’s next.”

The final result in the fight was a split decision with Zhang retaining her title, although Jedrzejczyk has enjoyed the endorsement of high profile fighters like Conor McGregor and Valentina Shevchenko, who said she deserved the win.

As her head coach, Brown is biased in saying he believed Jedrzejczyk should have gotten the nod. But he’s absolutely not calling the decision a robbery.

“It was just so tough to score the rounds,” Brown said. “I was just focused on that. When I’m coaching a fight, I put each round into three categories: ours, theirs, or undecided…anybody’s round. I like to do that any time it’s close. Then you have to think about a bad judge calling this for which side. You’ve got to be loose when you’re scoring fights as a coach, because that’s going to decide how your athlete attacks the rest of the fight.