Jeremy Stephens: I was poked in both eyes 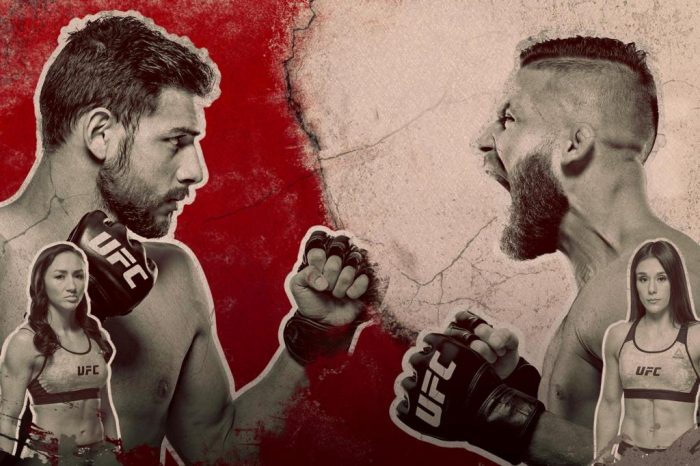 On Saturday night in Mexico City, Yair Rodriguez ended the exciting bout against Jeremy Stephens with an eye poke.

As Stephens exited the arena, he was pelted with dozens of concessions by fans in attendance. A heated Rodriguez took to the microphone both in the cage and backstage to question Stephens’ ability to continue on.

“I thought he was trying to be a gentleman,” Stephens said. “I get it. And he starts talking (expletive) to me. I was like, ‘Bro, I’m not from a karate school. I’m from the street. I’m here to fight. I’m here to kill you.’ Right away, my mentality is ‘back the f**k up’. So, I shoved him.”

In a statement issued to ESPN, Rodriguez did not deny Stephens’ claims and admitted to having hurled a few choice words of his own.

One of the best knockouts you will ever see .@panteraufc

He makes his return against Hard hitter .@LiLHeathenMMA this weekend at #UFCMexico

“He pushed me like a little (expletive),” Rodriguez said. “And I just told him, you will live the rest of your life with that in your head … if you could continue and didn’t.”

What was originally believed to be a single eye poke, Stephens stated it was actually both of his eyes that were affected by Rodriguez’s open-hand swipe!

“I was poked in both,” Stephens said. “When I went back, my right eye was stinging pretty bad. There was a scratch on that eye, as well. It is what it is. It was just a weird, freak thing. I just remember (his hand) coming down like “The Three Stooges.” His fingers were in my face.”

Immediately after he escaped the flying concessions inside Mexico City Arena, Stephens visited the hospital to get examined.

“I can get cleared,” Stephens said. “My eye is fine. It’s one of them freak things. It happens. I didn’t know if it was gonna be worse or not. Fortunately, I came out on a good end. Thank God, because eyes are nothing to play with.”