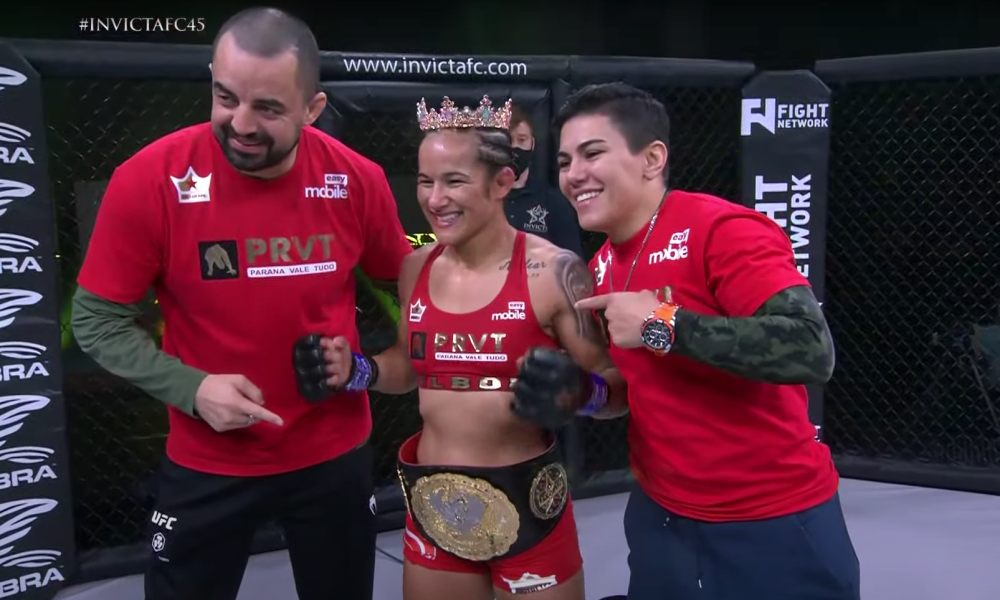 The atomweight fighter took the 105-pound  belt from Alesha Zappitella, outpointing her in a unanimous decision in the main event of Invicta FC 45.

In the first round, Zappitella got an early takedown and was able to control a portion of the action. Delboni was tough and made Zappitella work, as she constantly was scrambling and looking for reversals.

The Brazilian was able to get back on her feet and land a few. The two went back and forth on the feet and ground, but Delboni seemed to do the most damage. Delboni won the round 10-9 on two of the judges’ scorecards and lost a 9-10 on the third.

The second, third, fourth, and fifth rounds were all Delboni.

She stopped the majority of the takedown attempts by the champion and landed solid shots on the feet. Zappitella looked to get an edge, and admirably kept fighting, but Delboni was successful in shutting down her game. Delboni tagged Zappitella with a mix of shots, attacking the heavily with leg kicks and significant elbows to the head when stuffing takedowns.

With this result, Delboni is now on a four-fight winning streak since bouncing back from the Zappitella loss. Meanwhile, Zappitella saw her four-fight unbeaten run come to an end along with her reign as Invicta FC champion.

Hailey Cowan vs. Monica Franco via submission (rear-naked choke) – Round 2, 3:17