Jon Jones: UFC not willing to pay more for superfight with Francis Ngannou 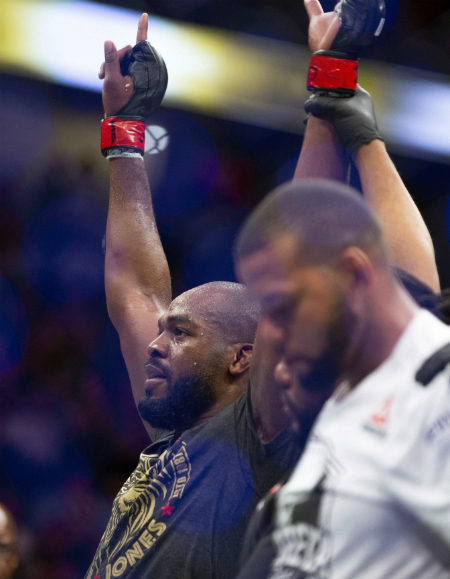 It appears Jon Jones’ long awaited move to heavyweight will have to wait even longer.

Following several days of back and forth messages between Jones and Francis Ngannou, the light heavyweight champion sent out a message on Thursday that negotiations with the UFC came to an abrupt end when the promotion was unwilling to increase their financial offer to make the fantasy matchup become a reality.

Inside of one hour, Jones first said he was discussing a fight with the UFC and then revealed the conversation was already over.

“Before even discussing numbers, the UFC was unwilling to pay more for the Francis super fight/for me to move to heavyweight,” Jones wrote. “Said I could possibly earn more in pay-per-view buys.”

Jones seemed legitimately intrigued by the challenge of facing Ngannou in his first heavyweight fight after the Cameroon-born knockout artist finished his previous four opponents inside the first round; most recently, Ngannou flattened previously undefeated heavyweight contender Jairzinho Rozenstruik in just 20 seconds at UFC 249.

While he appeared ready to book the fight, Jones said he didn’t like what he was hearing in terms of an offer from the UFC.

“It’s been fun you guys, maybe I’ll see you all in a year or two,” Jones wrote. “Maybe when they’re ready to do better business I’ll come back, until then health fitness and family.

“I should’ve worded that differently, I actually think these guys do great business. Right now things just aren’t where I want them to be.”

Considering the UFC is still booking out their schedule for the summer with any number of cards requiring a big main event, it’s entirely possible that Jones and Ngannou could still end up receiving a different offer from the promotion.

A few hours after his initial storm of messages on Twitter, Jones sent out one more expressing his disappointment that the UFC didn’t see the value in a potential fight against Ngannou. Now that it looks like he’s sticking around at light heavyweight, the reigning champion also tagged the next contender in line for his title.

“I’ve had some time to think about it and I’m a lot less emotional,” Jones wrote. “Just sad that the UFC doesn’t see my value against the scariest heavyweight in the world.

“Jan [Blachowicz] I guess you’re next in line.”