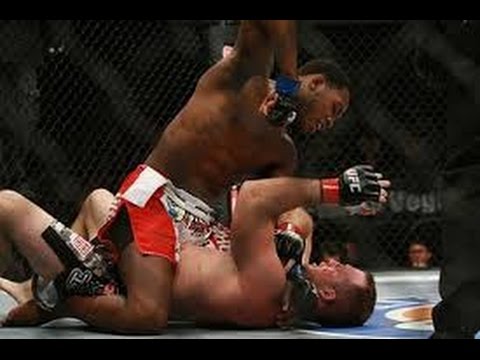 Jones was comfortably cruising on his way to a one-sided decision victory, controlling the fight against a very durable “Lionheart” at the T-Mobile Arena on Saturday night, but landed an illegal knee to Smith’s head in the fourth round.

It took a few seconds until Smith got up and said he was good to continue, though, and that brought some memories to the 205-pound king. The only loss in Jones MMA record dates back to 2009, a disqualification loss against Matt Hamill due to illegal elbows.

”It was nerve wracking. It was nerve wracking, really,” Jones said at the post-fight press conference in Las Vegas. “I just started to pray. I was just hoping that it wouldn’t go down like that. I had flashbacks of the Matt Hamill fight and I was just thinking, oh my goodness, please, tell me this isn’t going down like this. I was just looking at Anthony and I felt like we locked eyes at one moment and I kind of gave him one of these, like, ‘you’re alright, get your a** up’ [laughs]. Sure enough, he showed the heart of a lion.

”Hats off to Anthony, man. He could’ve done the easy way and took that option out, but instead he stayed in there. I owe him. I owe him a beer. At least a beer.”

Jones insists that it was unintentional, explaining that he thought Smith was going to get his hand off the ground before the strike landed, and praises the light heavyweight contender for not taking the DQ win to become the UFC champion.

”The illegal knee was totally unintentional,” Jones said. “In the moment I felt his body language rising, and I thought I was gonna time a great head shot right after he got off of his palm. To my understanding, on his finger tips he’s considered standing. His body came up, I threw the kick, I guess his palm was still down. Totally unintentional.

”Hats off to Anthony Smith for having a lion heart. I mean, I think the average person would have used that as a way out and became a world champion. He was tired, he had been hit with a kitchen sink, and, I mean, I did an illegal blow. And he decided to allow the fight to continue and I’m so proud of him for just being a real warrior out there and continuing the fight.”

Despite going the distance against a heavy underdog, “Bones” was happy with the way he performed on Saturday. Yet, he says he “definitely would’ve liked to finish the fight” and sees details he has to improve going forward.

”I definitely felt as if I slowed down in the fifth round, which is something that’s uncommon for me, but I do feel good (about my performance),” Jones said. “Anthony Smith was the most experienced fighter person I’ve ever been in there against, with 70 fights under his belt, and he showed that experience. He’s extremely durable, he was extremely calm. I put him a lot of positions where I felt most people would’ve freak out and he kept his composure. He did a really good job.”