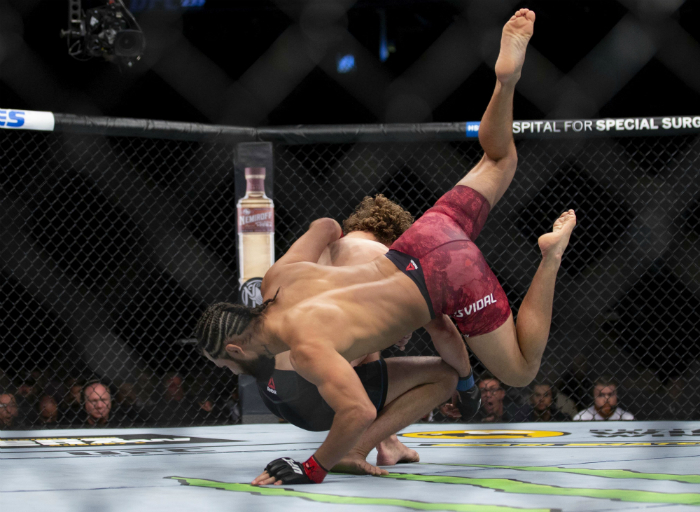 Even more than the belt, that’s what Masvidal is fighting for.

“I want McGregor,” Masvidal said Thursdauy during an appearance on “The Dan LeBatard Show.”

“I want to break his face. I think that’s an easy paycheck. He’s got these cash symbols written all over his face for me. I just don’t see it going his way if I’m honest with you.”

Masvidal has never had more steam behind his brand than he does now.

Although a title fight with 170-pound champ Kamaru Usman is a priority, Masvidal said he’s unsure when the champion will be healthy enough to fight.

“It’s just a fight that, if we made it, it’s going to sell a lot. I’m going to get the money that I deserve, and you can see: You put me there in a fight, and I’m going to fight,” Masvidal said. “I’m going to give you what the fans want. I’ve never pulled out of a fight.”

“It just means more money, more fans and then fight for the title. Either one of them makes sense to me.”

But is it the best idea for Conor to return in the octagon versus Masvidal?

“He backs down,” Masvidal said. “He taps. I’ve never tapped in my whole entire career. He’s tapped a couple times, so that’s backing down in my book. It’s something I’ve never done, and I feel like I’d break him. It would be an easy fight.”

And if McGregor tried to pull him off his game by talking trash?