Kell Brook: I always knew I was better than Amir Khan 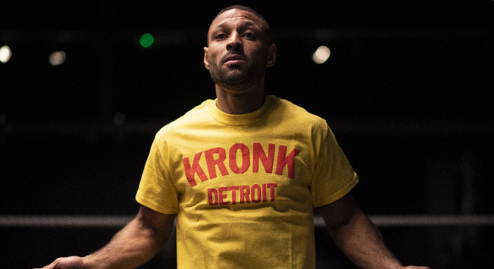 Following Kell Brook’s domination of long-hated rival Amir Khan in a fight that more or less lived up to expectations as a fun one, Brook spoke to Sky Sports to explain how good it feels to finally be vindicated by proving he’s the better man over Khan. Obviously Brook had nearly made a career of chasing a Khan fight, and when he finally managed to get his shot he didn’t let it slip by.

“I told ya, ‘cause I knew that were happening,” Brook said. “It ain’t my fault I kept it from the fans, but they finally got to see that. I always knew that were gonna happen. It was just a matter of time before I were gonna get him out of there. But listen, what a feeling. What a turn out. They’re the fights I wanted to be involved in when I walked into the gym as a kid, them big fights like that…I took Amir Khan out just like I said I was going to.

“I put a lot of pressure on myself because I told everyone — and I did believe it but I still have to get in there, it’s a boxing fight at the end of the day. But I always knew from when I was 18 years old I were a better fighter than him, and tonight the fans got to see a mega-fight and I dealt with him.

“They tried to get into my head, they tried to push and poke at me. I kept calm in there, I listened to my corner, Dominic Ingle, and I’m back. I took care of business like I said I was gonna do.”

On if this finally ends his feud with Khan

“Listen, I’ve always had respect for him, it’s always been there, but when I don’t get it back for years it’s hard to like someone who’s just dissing you. But I took my hat off to him today for taking them shots and still trying…I’ve heard he is a nice kind of guy and he says we can get a coffee after, you know, but, if we do or not that’s a different thing.”