Khabib: 99% of the fans know I would beat Conor McGregor again 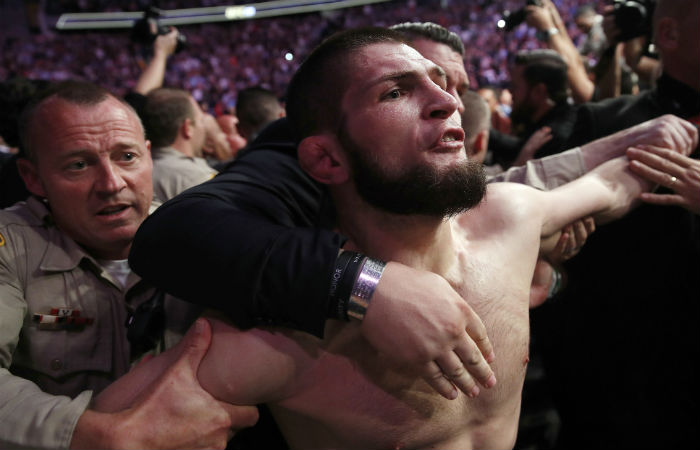 UFC lightweight champion Khabib Nurmagomedov made a bold statement regarding a potential rematch with his old nemesis Conor McGregor.

There is absolutely no love lost between the two superstars after their clash in October of 2018. Leading to the fight, “The Notorious” brought his A-game in trash-talking, but when the cage was closed he was nowhere to be found. The Russian was the dominant force throughout the whole 4 rounds, as he managed to submit the Irishman in the 4th round.

Seconds after that, a Nurmagomedov started a melee, jumping over the cage and going to Conor’s corner.

Conor was inactive in the world of MMA since then until last month when he returned to UFC, defeating Donald Cerrone via first-round TKO.

Most of the fans were super excited from what they saw and immediately there was only one wish – a rematch between McGregor and Nurmagomedov.

But “The Eagle” is not sure there will be anything different than their first clash:

“Just people want to see a big drama show, only for this one.

“But if we talk about drama and money, of course, this is good. But I come here for the show, to make my legacy. For my legacy, I have to beat tough opponents like Dustin Poirier, like Iaquinta, like other guys.

If you ask people, ‘Guys, what do you think, who’s gonna win?’ 99 percent going to say ‘Khabib, like he did the first time.